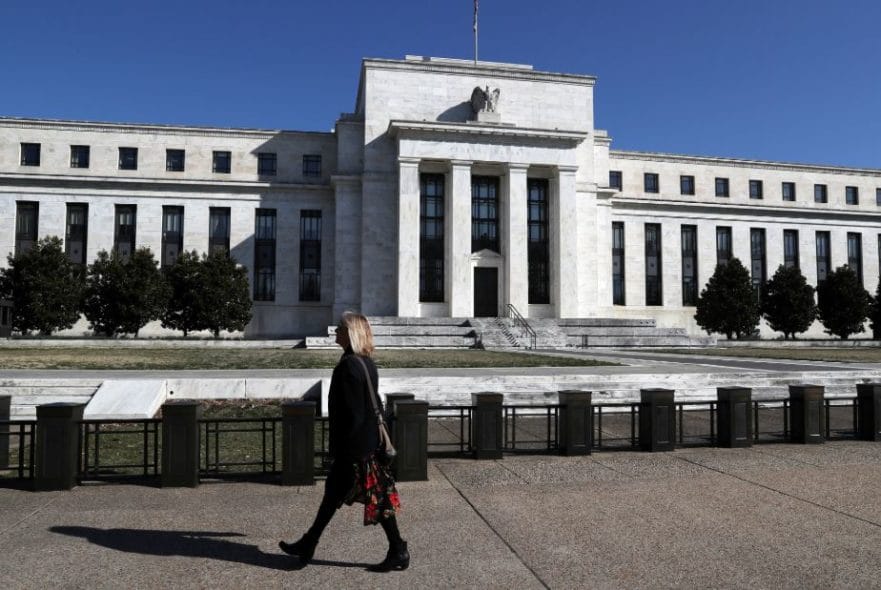 Now the drastic support measures in the USA seem to be gradually taking effect after all because the international markets at least stopped their free fall for the time being.

On Tuesday, the US Federal Reserve announced new money injections to support the short-term financing of companies. This is in response to fears of a wave of bankruptcies that have arisen as a result of the rapidly spreading virus. As in the financial crisis of a good ten years ago, the Fed now wants to buy short-term corporate bonds directly from the US companies that issue such securities. The market for such money market paper – so-called commercial paper (CP) – has recently threatened to dry up in the wake of the virus crisis. In addition, US President Donald Trump is planning massive state aid for the economy of 850 billion dollars, some media outlets said.

After the sell-off of the previous day, there was a small countermovement on the US stock exchanges on Tuesday. The Dow Jones gained 1.48 per cent to 20,487.05 points while the tech stocks index Nasdaq-Composite gained 2.42 per cent to 7,072.00 points.

However, even these comparatively small gains cannot hide the fact that it only made up for a fraction of the recent losses. A sustained recovery is also probably not in sight for the time being since nobody can forecast the effect this situation will have on the global economy as the virus continues to spread despite drastic measures to contain it. Many market participants feel that the aid promises made by governments and federal banks do not go far enough.

The situation on the Asian stock markets calmed down somewhat on Tuesday after the renewed heavy losses at the beginning of the week.

After the price slumps of the past few days, some European stock exchanges prohibited the taking of so-called short positions on falling prices. These include the trading centres in Spain, Italy and France, some of which at least prohibit selective stocks. This had a positive regional impact on some shares, and especially some Spanish shares were still among the winners in the EuroStoxx today.

In the wake of friendly Wall Street, the German leading index Dax 30 also closed on green territory. It left Xetra trading 2.3 per cent higher at 8,932 points. However, the price fluctuations during the day were once again enormous. At the start of trading in the morning, the Dax initially shot up by almost five per cent before quickly sinking back down again and turning negative.

The euro exchange rate suffered considerably on Tuesday due to fears of the economic consequences of the coronavirus crisis. The common currency, the euro, had slipped below 1.10 US dollars in the early afternoon and had reached a daily low of 1.0955 dollars. The exchange rate has thus fallen by about two cents since the early morning. The European Central Bank (ECB) set the reference rate at 1.0982 (Monday: 1.1157) dollars.

The British pound also suffered heavy losses. Over a week, the British currency has already lost about 8 per cent in value in trading with the Dollar. After the number of infections with the novel coronavirus in Great Britain was initially comparatively low, the country is now also threatened by a fast spread of the lung disease. In the meantime, the Australian and New Zealand (Kiwi) dollar are taken to the woodshed. In just one week the Aussie (AUD) has fallen over 7 per cent against the USD to low levels last seen in 2008. The NZD/USD currency pair extended its sharp intraday rejection slide from the 0.6100 handle and nosedived to near a decade low, below mid-0.5900s.

The fall in oil prices was halted for the time being today. One barrel of North Sea Brent and American WTI is trading in the USD 30 range. Yesterday, concerns about a sharp drop in demand had pushed oil prices below the 30 dollars per barrel mark.

The troy ounce of gold was traded in London in the afternoon at $1,537. That was 23 dollars more than the day before.

The Philippine stock exchange was the first in the world to close due to the coronavirus. To ensure the safety of traders, trading on the Manila exchange will be suspended until Thursday, the authorities said. This has sparked a discussion about a compulsory suspension on other major exchanges as well. Deutsche Börse has spoken out against suspending trading on the exchange despite the sharp price movements.

The Spanish government will mobilise a record 200 billion euros to support the economy and workers in the corona crisis. This is about 20 per cent of the gross domestic product, and the largest package of measures adopted by Spain in the history of its democracy said Prime Minister Pedro Sánchez in a television address on Tuesday after a Council of Ministers meeting. “These are extraordinary times that call for extraordinary measures”, declared the head of government.

Among other things, the money will be used to help the unemployed, prevent a collapse of the productive fabric and guarantee the liquidity of small and medium-sized enterprises. To this end, the 45-page royal decree also provides for a deferral of mortgage payments – especially for employees who lose their jobs due to the crisis and the self-employed who suffer a drastic drop in income.

For the third time this year, the Turkish central bank has eased its monetary policy. It is now stemming the economic consequences of the coronavirus pandemic by cutting interest rates sharply. The monetary authorities cut the key interest rate by a whole percentage point to 9.75 per cent. The central bank also announced liquidity injections for domestic banks at favourable interest rates. As a result, the Turkish lira depreciated further against the US dollar. Since the beginning of the year, it has already lost eight per cent in value. President Recep Tayyip Erdogan should be pleased with the interest rate hike. In the past, the head of state had repeatedly demanded interest rate cuts from the central bank to stimulate the economy.