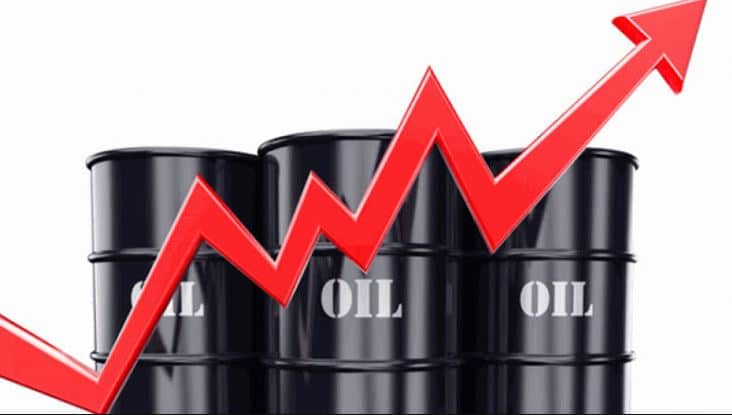 Oil shock – What will happen next?

The attack on Saudi Arabian oil plants over the weekend has stopped the upward trend on Wall Street for now. The Dow Jones index closed 0.5 per cent lower at 27,076 points. Last Thursday, the index narrowly missed a new record high and had already lost some of its momentum by Friday. The broader S&P 500 lost 0.3 per cent to 2,997 points. The Nasdaq fell by 0.3 per cent to 8,153 points.

Several explosions had shaken plants of the Saudi oil company Saudi Aramco. Oil production fell by 5.7 million barrels to about half the usual daily volume, the Saudi state news agency SPA reported. The Yemeni Huthi rebels confessed to the attack in their neighbouring country and announced further attacks. Brent oil from the North Sea rose in price by almost 20 per cent at times and, at 71.95 dollars a barrel, cost as much as it did four months ago. The gold price also benefited.

The higher oil prices are a burden for a recovery of the global economy, said Jochen Stanzl, chief analyst at the brokerage house CMC Markets. At present, however, the declines in the stock markets are limited. This shows that investors are not expecting an escalation or even a military conflict in the region at the moment.

In Asia, Chinese equities came under pressure on Tuesday. However, the region’s markets did not find a uniform direction. In Japan, the Nikkei closed Friday at 22,001 points with little change after a long weekend.

China, on the other hand, saw a significant decline due to the ongoing geopolitical conflicts. Traders there also pointed to weak Chinese sales figures as a major burden for the automobile industry. The CSI 300 with the 300 most important stocks on the Chinese mainland stock exchanges recently fell by 1.7 per cent to 3,889 points, while the Hang Seng index in Hong Kong lost 1.5 per cent to 26,719 points shortly before the end of the Asian session.

The European stock markets are showing themselves to be reasonably stable on Tuesday. The EuroSTOXX 50 started the day with hardly any movement at 3,518.41 points.

The German stock market began Tuesday close to zero. The DAX opened with a marginal discount of 0.08 per cent at 12,370.96 points. The TecDAX also started close to the previous day’s level.

Trade with the Top Forex Brokers that offer a FREE VPS Service.

Views continue to focus on Saudi Arabia. After the attacks on oil production facilities on the weekend, investors are particularly concerned about a possible escalation between Tehran and Washington. In addition, there are negative targets from Asia.

In the currency market, the euro has been fluctuating between 1.0999 and 1.1013 US dollars for hours.

Oil prices are calming down again somewhat. On Tuesday morning a barrel (159 litres) of North Sea Brent cost 68.49 US dollars. That was 53 cents less than on Monday. The price for a barrel of the American West Texas Intermediate (WTI) fell by 76 cents to 62.14 dollars. At the beginning of the week, European crude oil peaked at more than 70 dollars.

The gold price remained fairly unchanged and is currently kept in a range between approximately $1,494 and $1,505.

Similarly, cryptocurrencies remain almost unchanged as well. A Bitcoin is priced at $10,260, Ethereum around $198 and XRP at $0.2680 on Tuesday morning.

The Supreme Court today begins its hearing on the forced break in Parliament imposed by Prime Minister Boris Johnson. Last week a Scottish court ruled that the five-week closure was illegal. According to the judges, Johnson wanted to cold the MPs in the dispute over an unregulated Brexit. The government appealed against the ruling. Johnson described the criticism of his actions in a BBC interview on Monday as “Mumbo Jumbo,” i.e., a hoax.

In a trial scheduled to last two days, the US company Apple and the EU Commission will meet in court in Luxembourg as of today. The case concerns a 13 billion euro back tax payment in Ireland. Today both sides will present their arguments and ask questions of the judges. The main issue in the dispute is where corporate profits should be taxed.

In August 2016, EU Competition Commissioner Margrethe Vestager had asked Apple to pay the billion euro sum in Ireland because the country had granted the iPhone group inadmissible special tax treatment. Apple – and also Ireland – deny this.

How WeWork Killed the Unicorn Star

According to insiders, the US office broker WeWork is putting its planned IPO on ice. However, a decision on a new date has not yet been made. Several investors have expressed scepticism about the development of the company, it was said. First, the Wall Street Journal reported on a possible postponement of the IPO.

Recently, there had already been growing evidence that the mega-project could flounder enormously. Investors doubted the business model, which had been very loss-making so far, and the power of the controversial boss and co-founder Adam Neumann. The major shareholder Softbank pushed for a postponement.