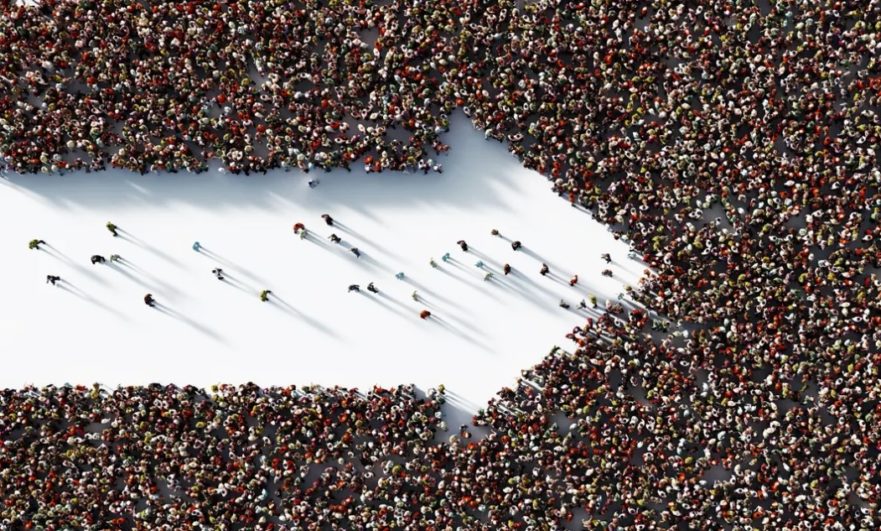 Profit-taking was the order of the day, as well as the realization that the global economy is in no way out of the crisis. Central bankers also made this more than clear once again.

On Tuesday, investors on Wall Street were more cautious. The Dow Jones suffered from profit-taking, ending the day down 0.56 per cent to 29,783.95 units. The NASDAQ Composite held its ground for most of the day ultimately also went 0.21 per cent lower to 11,899.34 points.

After Monday’s record high on Wall Street, investors were more cautious on Tuesday. Economic data from the USA were not as positive as hoped.

Meanwhile, on the corporate side, investors focused on Home Depot and Walmart with figures for the past quarter and US electric car maker Tesla with its imminent ascent into the S&P 500.

The euphoria about the free trade agreement concluded by China and 14 other countries from the Asia-Pacific region had ebbed away on Tuesday on the Asian markets. The encouraging news published yesterday by Moderna regarding a vaccine candidate against the coronavirus was also met with cautious optimism by investors.

The European stock markets trended sideways on Tuesday. The EuroSTOXX 50 recorded a marginal plus of 0.07 per cent to 3,468.48 index units.

On the German stock market, too, the Dax closed almost unchanged after fluctuating trading. The leading index ended the meeting with minus 0.04 per cent at 13,133.47 points. The TecDAX finally declined by 0.98 per cent to 3,000.14 index units.

The conclusion of the important free trade agreement between China and 14 other countries from the Asia-Pacific region and positive data on the corona vaccine from Moderna provided little support for the European markets on Tuesday. Market observers warned against jumping to hasty conclusions. Nevertheless, the crisis would not be over within a few weeks. Accordingly, investors were also unsettled by the still high infection figures as well as the tense situation in the US in regards to the recent elections.

The euro continued to gain slightly in forex trading today, following on from the gains of the previous trading days. At the sounds of the closing bell at the Frankfurt Stock Exchange, the common currency was traded at 1.1866 US dollars, after the rate had been 1.1843 US dollars in the morning.

The price of oil fell significantly in late afternoon trading on Tuesday. At 43.33 US dollars, a barrel of North Sea Brent cost 49 cents less than on Monday. The price of a barrel of the US variety West Texas Intermediate (WTI) fell by 38 cents to 40.96 dollars. Investors on the oil market are focusing on the production policies of leading oil states that have joined forces in Opec+. A committee of the association has not given any signal for a suspension of the planned increase in production at the turn of the year. This had a negative impact on oil prices. In the view of the representatives of Saudi Arabia, it is still too early to make such a decision given the volatile development of the markets. However, all options are still open.

Gold was trading within a very tight range throughout most the day but took a harder turn south towards the end of the day, finally closing at $1,882.

The cryptocurrency market continues its bullish trend with the overall market capitalization crossing $500 billion the first time since 2017! Bitcoin shot past $18,000, adding more than 8 per cent on the daily chart after it took a short breather on Monday. Ethereum increased by 3.05 per cent to $479, while XRP consolidated at around $0.30 after rallying the past few days, growing 15.3 per cent in just seven days.

The labour market in Germany recovered slightly from the corona shock in the third quarter of this year. After a significant decline in the spring, the number of people in employment rose again by 0.1 per cent to 44.7 million people, according to the Federal Statistical Office on Tuesday. Adjusted for seasonal effects, this still represented a decline of 0.1 per cent in the previous quarter. Compared to the same quarter of the last year, however, the number of people in employment in the months July to September fell by 1.4 per cent or 654,000 people.

US consumers increased their retail purchases in October for the sixth consecutive month. Still, the pace of growth slowed considerably in light of rising coronavirus cases and uncertainty ahead of the US presidential election. Total sales rose by 0.3 per cent compared to the previous month. Economists surveyed by Dow Jones Newswires had expected a consensus increase of 0.5 per cent.

The shares of the MDax-listed Shop Apotheke came today clearly under pressure. In New York, the shares of the Walgreens drugstore and pharmacy chain suffered. The reason is Amazon’s announcement to enter the prescription drug business.

Amazon offers price comparisons in the USA when buying drugs via its website or app. Also, customers can choose between a co-payment option for insured persons and a discounted offer for Prime members if the drugs are to be paid for privately without insurance. Amazon took over the online pharmacy Pillpack in 2018, and in the past two years has secured more government licenses for sending prescriptions in the USA.

As expected, the core business of the insolvent payment processor Wirecard goes to the Spanish big-bank Banco Santander. The Spaniards will take over technology and business operations, and the majority of the employees can thus continue to be employed, the insolvency administrator Michael Jaffé announced late Monday evening in Munich. Santander spoke of some 500 employees who had transferred to the bank.

Jaffé and the company did not disclose financial details. Most recently, in addition to Santander, the British mobile phone provider Lycamobile was in the race for the core of the former Dax group.

No Wirecard companies were legally taken over, Santander stressed. Nor does the bank assume any legal risks of the scandalous group.