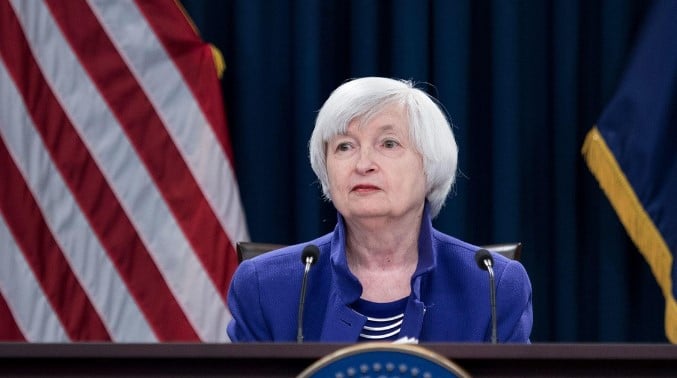 US Treasury Secretary-designate Janet Yellen, who was at the Fed’s helm just a few years ago, promoted the planned trillions in additional stimulus aid to Congress. Beyond the package already approved by Congress, much more is needed, Yellen said on Tuesday. US President-elect Joe Biden had recently unveiled a planned $1.9 trillion pandemic programme. He takes office in the White House on Wednesday.

In particular, Wall Street celebrated that Yellen wants to use low-interest rates to put together a big package to help the economy make a robust recovery.

After the public holiday on Monday, the American indices trended friendly today. The Dow Jones ended the session with gains and closed 0.38 per cent higher at 30,932.30 points. The NASDAQ Composite was also turning positive in the course of trading. Investors pushed the tech stocks index higher, ending up 1.53 per cent at 13,197.18 points.

After trading in the USA was suspended on Monday due to “Martin Luther King Day”, several market drivers were on the agenda today, Tuesday. Even before the stock market opened, the major banks Bank of America and Goldman Sachs published their quarterly figures. After the close of trading, the streaming provider Netflix also opened its books.

Furthermore, the hearing of the designated US Secretary of the Treasury Janet Yellen, who had already spoken out in favour of a comprehensive aid package, was on the agenda.

The majority of the Asian stock markets also rose on Tuesday. The Japanese benchmark index Nikkei closed with a gain of 1.39 per cent at 28,633.46 points. On the Chinese mainland, however, the Shanghai Composite lost 0.83 per cent to 3,566.38 points by the end of trading. In Hong Kong, things went much better, and the Hang Seng climbed 2.70 per cent to 29,642.28 index points.

Investors were mostly confidently awaiting the US Treasury Secretary-designate Janet Yellen’s upcoming hearing before the US Senate Finance Committee. The former Fed Chair had already spoken out in favour of a comprehensive corona stimulus package, and market participants are now awaiting further details on this.

The European stock exchanges were unable to maintain their initial gains and fell to lower levels in the day. The EuroSTOXX 50 ended the day down 0.12 per cent at 3,598.19 points.

The prolonged and intensified lockdown in Germany has slowed down the German stock market today. Although the leading German index opened higher and was subsequently able to stay in the profit zone, it gave up its gains in the day. At the end of the trading day, the Dax showed a minus of 0.24 per cent at 13,815.06 points. The TecDAX was up and ended trading 1.29 per cent higher at 3,313.52 units.

Good news from Asia provided some support. Otherwise, investors in Europe were also eagerly awaiting the speech of US Treasury Secretary-designate and former Federal Reserve Chair Janet Yellen. According to a media report, she has no interest in a soft US dollar. She is also expected to advocate for the US economy’s strong stimulus at her hearing before the Senate Finance Committee.

Economic optimism was reflected in the currency markets today. The greenback became less attractive as a safe haven and weakened against many other currencies in Forex trading. The euro, on the other hand, climbed to over 1.21 US dollars intraday.

Oil prices rose on Tuesday. By midday, prices were able to extend their gains from early trading despite a reduction in the demand forecast by the International Energy Agency (IEA). North Sea Brent was trading 78 cents per barrel higher at 55.53 US dollars. US light oil WTI prices increased by 31 cents to 52.67 US dollars.

The gold price hovered around the zero line all day long and last traded at $1,841 per troy ounce.

Apart from Ethereum, all other top 10 digital assets lost some ground today. The number 2 cryptocurrency by market capitalization rose 1 per cent to $1,350, while Bitcoin’s price fell by almost 5 per cent to $35,000. Meanwhile, Polkadot dropped by a further 10.5 per cent to $15.50 after it already posted losses the day before. XRP traded 2 per cent lighter at the end at $0.2850, after shooting up as high as $0.33 intraday.

The passenger car market in the European Union slumped more than ever before last year due to the corona crisis. Manufacturers sold just 9.9 million passenger cars, almost a quarter fewer than in 2019, the biggest decline since data collection began. In December, the decline weakened to 3.3 per cent.

The lowered value-added tax and falling energy costs caused prices in Germany to fall in December. As the Federal Statistical Office (Destatis) announced, the HICP fell at an annual rate of 0.7 (previous month: 0.7) per cent. The statisticians thus confirmed – as expected by economists – their preliminary estimate of 6 January.

The economic expectations of the stock market and financial experts in Germany rose slightly in January. The ZEW index of economic expectations increased to 61.8 points from 55.0 points in the previous month despite the lockdown, according to the Centre for European Economic Research (ZEW).

Italian Prime Minister Giuseppe Conte won the vote of confidence in the Senate on Tuesday. This averted the need to form a new government or even a new election in the middle of the corona and economic crisis. In the run-up, investors stocked up on the country’s bonds, pushing the yield on the ten-year paper down to 0.56 per cent.

The Netflix share price rose significantly in the after-hours trading on the NASDAQ, gaining 9.03 per cent to 547.08 US dollars.

Buoyant trading and strong investment banking have given Goldman Sachs a jump in profits in the fourth quarter. The bank more than doubled its earnings. Goldman Sachs thus performed significantly better than analysts had expected.

Net profit climbed to 4.51 billion dollars from 1.9 billion in the same period last year. Earnings per share were 12.08 dollars. Analysts had expected 7.45 dollars in the Factset consensus. Nevertheless, Goldman Sachs shares temporarily lost 2.26 per cent to 294.20 US dollars in trading on the NYSE.