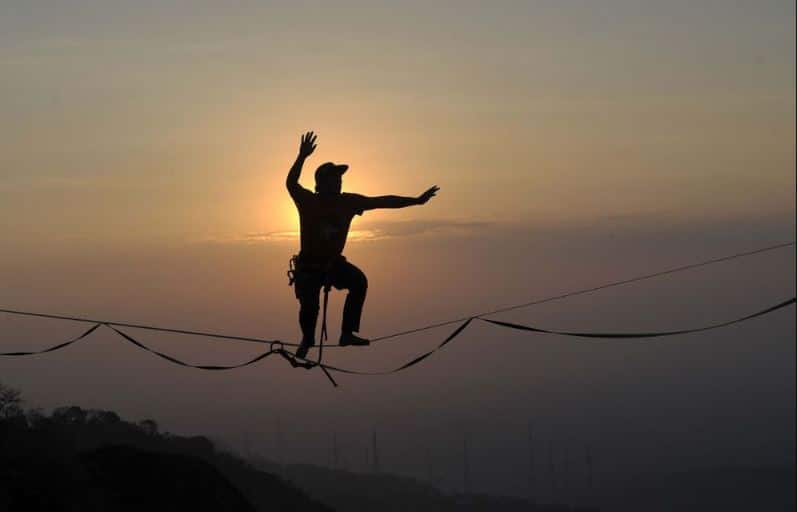 After the dazzling price rally at the beginning of the week, the air was gone today. Nevertheless, a reconstruction plan for Europe’s economy is having a positive effect on the markets. Furthermore, the good mood of the previous day was driven by the loosening of current restrictions, rising oil prices, statements by Fed Chairman Jerome Powell and the hope for a corona vaccine. In the meantime, however, scepticism regained the upper hand and investors put the brakes back on. According to some market experts, the risks remained high outside the latest fluctuation corridor.

Wall Street closed the trading day down today. The downward trend for the Dow Jones 30 intensified in late trading and the stock market barometer closed 1.47 per cent weaker at 24,234.90 points. The NASDAQ Composite was able to post gains for most of the day. Here too, however, the mood among technology investors deteriorated noticeably in the late course of the day, with the index slipping into negative territory and closing 0.54 per cent weaker at 9,185.10 index points. The S&P 500 moved up to the 2,970 mark again, where it was hammered back to as low as 2,920 index units almost instantly. Therefore, the strong resistance at the 2,970 mark continues to hold steady.

Overall, investors acted somewhat more cautiously, as the risks due to the virus pandemic continue to exist – even though many countries are continuing to relax restrictions. Meanwhile, Jerome Powell reaffirmed the Federal Reserve’s commitment to helping fight the pandemic.

On the corporate side, investors turned their attention to Walmart. Thanks to their online presence, the US retail chain was able to generate more sales than expected. Meanwhile, higher personnel costs at the US home improvement chain Home Depot depressed profits.

Asian stock markets followed a clear upward trend on Tuesday. In Japan, the Nikkei rose by 1.49 per cent to 20,433.45 points by the end of trading.

The European stock markets presented themselves inconsistently today. The EuroSTOXX 50 showed a significant premium when the starting bell rang, but could not hold its gains and slid into the red. In the end, the board posted a loss of 0.32 per cent to 2,902.58 index units.

At the start of the trading day, the German leading index Dax 30 was initially significantly higher, rising to over 11,200 points. In the morning, however, the leading index already gave up its gains, slipped into the red and fell below the 11,000 point mark. In the end, however, the DAX managed to leap the black, closing 0.15 per cent higher at 11,075.29 points. The TecDAX also initially moved in the green territory but fell below the zero line later. However, it was also able to make up for its losses by the end of trading, closing 0.46 per cent higher at 3,049.48 points.

In forex trading, the euro exchange rate rose moderately on Tuesday. The euro today costs 1.0940 US dollars, slightly more than the previous day. At times, the euro had risen as high as $1.0976, but it was unable to maintain its gains.

Oil prices on Tuesday broke off their recovery of the past trading days for the time being. Traders spoke of a typical countermovement after a recovery phase. In addition, traders pointed to the gloomier sentiment in the stock markets, which has weighed on riskier asset classes such as commodities. Most recently, a barrel of North Sea Brent crude cost $34.63. That was 89 cents less than on Monday. The price of a barrel of US grade WTI fell 56 cents to $31.72. On the previous day, the prices for Brent and WTI broke through the 35 and 30 US dollar marks for the first time in over a month.

Cryptocurrencies continued their consolidation but held mostly steady. Bitcoin is traded at $9,700, while Ethereum costs $213 and XRP $0.2050 per token.

During the corona crisis, the car market in the European Union almost came to a standstill. In April, only around 271,000 new cars were on the roads, 76 per cent fewer than a year ago. The European manufacturers’ association ACEA announced this in Brussels on Tuesday. This was the sharpest monthly decline since its records began, the association said. The reason was the almost complete standstill of both car production and car trade to contain the pandemic.

Together with three other EU states, Austria intends to present a counter-draft to the Franco-German plan for a 500 billion euro economic stimulus package.

“We are sceptical”, Chancellor Sebastian Kurz told the newspaper “Oberösterreichische Nachrichten” on Tuesday. One indeed wants to show solidarity with states that have been hit particularly hard by the Corona crisis. “However, we believe that loans are the right way, not subsidies.” His country is coordinating with the Netherlands, Denmark and Sweden. “In the next few days, we will present a proposal with our ideas. We believe that it is possible to boost the European economy and still avoid a communitarisation of debt,” Kurz said.

German Chancellor Angela Merkel and French President Emmanuel Macron had presented their proposal on Monday. It provides for the EU Commission to borrow the 500 billion euros.

Imperial Brands, the manufacturer of Gauloises and Davidoff cigarettes, says yes. He is expecting a loss of profits due to the Corona restrictions. The tobacco company warned that the earnings per share would drop by one to three per cent in the 2019/20 business year, which ends in September. To conserve reserves and reduce debt, the dividend will be cancelled. Imperial Brands is also suffering from the weaker demand for e-cigarettes after stricter regulations were introduced in the USA. Certain flavours of e-cigarettes may no longer be sold.