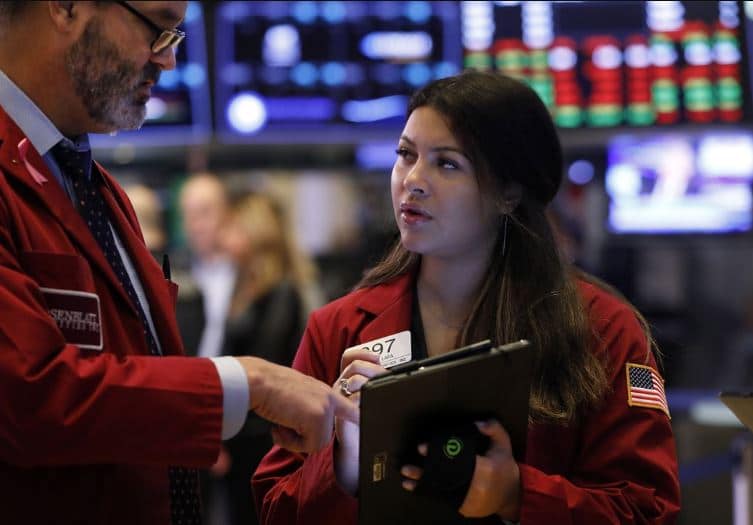 Will it ever end?

In the wake of falling prices on Wall Street, the stock markets in Europe also had to give up their daily gains on Tuesday. The reason for the ups and downs was once again the tariff conflict.

There were no new signals on Tuesday regarding the tariff conflict between the USA and China. Nevertheless, investors were more willing to take risks at first. But then it was said that without tangible progress in the tariff conflict, some would have quickly got cold feet again at the high level.

The Dow Jones was unable to defend its early gains and slipped into the red during trading. Previously, however, the stock market barometer had reached a new record high of 28,090.21 points. In the end, it fell by 0.37 per cent to 27,933.64 points. The NASDAQ Composite tech index also reached a new all-time high. At its peak, it climbed to 8,589.76 points. In the end, however, it only reached a slight premium of 0.24 per cent to 8,570.66 index points.

The data published on the real estate market at the start of trading was inconsistent. The start of residential construction in October, for example, had risen less strongly than expected. Building permits, on the other hand, rose surprisingly. On the trade conflict between the USA and China, however, there was disappointing news: US President Donald Trump has threatened China with higher penalties if there is no agreement in the trade conflict between the two countries.

The most important stock markets in Asia did not find a common direction on Tuesday. After all, a trader said that the temporary doubts as to whether a Phase 1 trade agreement between the US and China would really come about had not left any significant traces.

The EuroSTOXX 50 had opened at a marginal discount, but later reached new highs and then fell back again. After all, it went 0.23 per cent lower at 3,696.56 index points in the evening. In the day, it had even climbed to its highest level since spring 2015.

The Dax in Frankfurt also had to relinquish its daily gains of almost 170 points at times. The rise in the Dax price to 13,374 points could be due not only to hopes for an imminent end to the customs dispute but also to a so-called short squeeze, according to market experts. If speculators are caught on the wrong foot, they will have to stock up on securities, which can drive the price sharply upwards. In the end, the leading index defended a slight increase of 0.11 per cent to a daily low of 13,188 points at 13,221.12 points, having even slipped slightly into the red at times.

Investors initially went back into risk. After prices on Wall Street fell in the afternoon, however, Europe followed suit.

The euro exchange rate showed little change in US trading on Tuesday. The European common currency recently traded at 1.1079 US dollars. It was thus roughly at the level of the European trading on the eve of the trading session. The European Central Bank (ECB) had set the reference rate at 1.1077 (Monday: 1.1061) dollars. The dollar had thus cost 0.9028 (0.9041) euros.

Oil prices fell significantly again on Tuesday. A barrel of the North Sea variety Brent cost 61.30 US dollars most recently. That was 1.15 dollars less than on Monday. The price for a barrel of West Texas Intermediate (WTI) fell by 1.39 dollars to 55.66 dollars.

Cryptocurrencies took yet another beating and fell significantly during the day. Bitcoin fell temporarily under the $8,000 handle but has since recovered slightly to $8,100. Ethereum is currently trading at $176 while one XRP costs $0.25.

In the coming year, considerably more money will flow from the EU budget into climate protection. According to the EU Commission, an agreement reached late on Monday evening between the governments of the member states and the European Parliament provides for around 21 per cent of the total budget to be earmarked for measures related to this crucial issue. The programme for environmental and climate policy (LIFE) is to receive 589.6 million euros, 5.6 per cent more than in 2019, plus 13.46 billion euros for the Horizon 2020 research programme (plus 8.8 per cent) and a further billion euros for energy projects.

Boeing has restored some faith among its customers in its severe crisis. At the Dubai air show, the first airlines again struggled to buy Boeing’s catastrophe jet 737 Max, which has been banned worldwide since March after two crashes with 346 fatalities. Further talks with customers are underway. However, it is still unclear when the aircraft in the series will be allowed to take off again. Boeing shares gained a good one per cent in New York.

However, the airline Air Astana left it at a declaration of intent for the time being. The state airline from Kazakhstan wants to order 30 medium-haul jets and use them with its new low-cost subsidiary FlyArystan. The deal is to be finalized in the coming months.