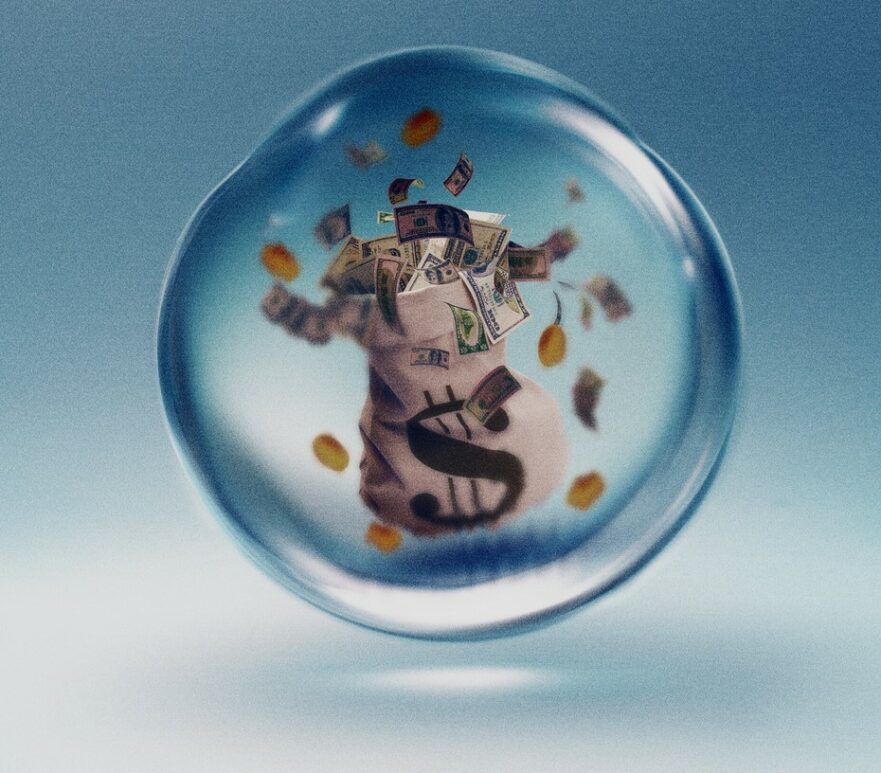 Investors have recently been torn again between great optimism about the economy and the question of whether the current, often very high, valuations of companies are justified. In the past few weeks, when the stock markets rushed from one record high to the next, a lot of praise was given, which is now suddenly being called into question again.

On the one hand, investors took profits today, but on the other hand, concerns about the corona situation and rising bond yields spread again.

The US accounting season is now really picking up speed. However, expectations for corporate earnings are high, but the potential for possible disappointments is correspondingly high. In the meantime, there are initial doubts as to whether the high valuations of the shares are justified.

In addition, the issue of the corona has come to the fore again and is once more unsettling to investors.

Losses in Japan were attributed to a sharp rise in the yen. Worries about the corona crisis are driving investors into the safe-haven currency, it was said. In China, on the other hand, the central bank’s statement to maintain the key interest rate was providing support.

After an initial marginal gain, the EuroSTOXX 50 turned negative as the day progressed and ended the day deep in the red. In the end, it went into the evening with a discount of 1.98 per cent at 3,940.46 points.

The DAX also came under heavy selling pressure and closed in the evening 1.55 per cent weaker at 15,129.51 points. The TecDAX also showed a similar development, closing 1.14 per cent lower at 3,471.52 points.

Among other things, BMW was the focus of investors. The German car manufacturer published positive key data on its upcoming quarterly figures the evening before.

However, profit-taking set in before the European Central Bank meeting. Investors seem to fear that the monetary guardians could discuss a withdrawal of the pandemic supports as early as this week. Besides, the alleged further rise in corona infection figures weighed on investors’ minds.

The euro temporarily gave up gains on the forex market on Tuesday. Temporarily, the rate of the common currency had risen to 1.2080 US dollars. This was the highest level since the beginning of March. However, in the New York session, the euro had given back its gains and was trading at 1.2045 dollars.

Oil prices had to give way considerably today. After the quotations were still able to increase in midday trading, they turned into the loss zone in the afternoon and slipped sharply in the course of a general price weakness on the financial markets. In the late evening, a barrel of Brent crude was trading at 65.98 US dollars, almost 1.10 dollars lower than the previous day. The WTI barrel price even fell by 1.45 dollars to 61.93 dollars.

On the other hand, the gold price further appreciated against the greenback, despite the flight to the US dollar as a safe haven. The precious yellow metal rose almost $10 to $1,780 in the late evening.

Cryptocurrencies were able to recover drastically today. Bitcoin appreciated by 1.9 per cent to $55,600, while Ethereum rose by 9 per cent to $2,305. Other altcoins, such as Binance Coin, XRP, Bitcoin Cash or Cardano, staged an even better recovery with double-digit percentage points price gains. Dogecoin, on the other hand, after rising over 400 per cent in the past seven days, had to give up 23 per cent of its gains today and fell to $0.32.

Producer prices in Germany experienced a strong price surge in March. According to the Federal Statistical Office (Destatis), producer prices rose by 0.9 per cent compared to the previous month. Economists surveyed by Dow Jones Newswires had expected an increase of only 0.6 per cent. The year-on-year increase was 3.7 per cent. This is the highest annual rate since November 2011, when the forecast had been for an increase of only 3.3 per cent. The main reason for the rise was the price development of energy and intermediate goods. Excluding energy, the producer price index was 2.4 per cent higher than in the previous year.

China’s financial sector is to become “greener” as quickly as possible, according to the ideas of the country’s central bank. Domestic financial firms should help the country meet the climate targets set by the country’s leaders, the governor of China’s central bank, Yi Gang, said at an economic forum on Tuesday. “We will call on financial institutions to make the conversions as early as possible,” he said. China’s head of state, Xi Jinping, has set clear climate targets for the country. According to these, the People’s Republic is aiming for climate neutrality in 2060 and wants to have reached the peak of CO2 emissions before 2030.

The central bank will provide incentives to financial institutions to support the transition, Yi said. New tools would be provided. These will be used to push forward the financing of CO2 emission reductions. Green finance will also be supported, for example, through commercial bank ratings, deposit insurance rates and system-wide assessments of industry firms. China’s central bank will also look at the impact of climate change on financial stability and monetary policy. The establishment of special climate stress tests for the financial sector will also be examined.