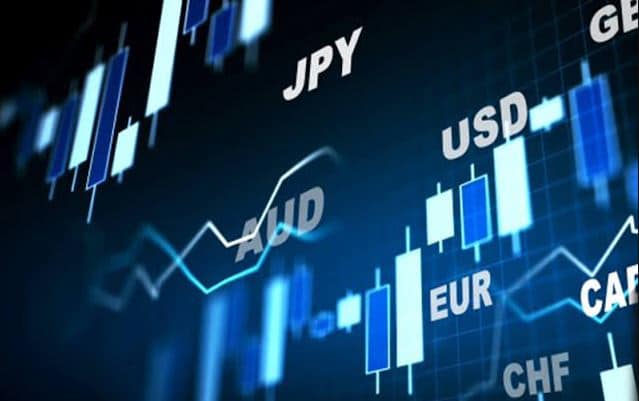 The hope of relaxation in the trade dispute with China continued to drive Wall Street on Monday. Last week, the panic that had prevailed on the U.S. stock exchange in the meantime had already subsided by the end of the week. Economic worries had previously caused investors to flee stocks in a hurry and led to distortions in the bond markets.

The Dow Jones index went one per cent higher at 26,136 points. The leading U.S. index had already crossed the 200-day moving average line again on Friday, which is regarded as an indicator of the longer-term trend. The broader S&P 500 gained 1.2 per cent to 2,924 points. The composite index of the technology exchange Nasdaq was 1.4 per cent higher at 8,003 points.

U.S. President Donald Trump attacked the Fed again yesterday. Trump wrote on Twitter, the short news service, that the Fed should quickly cut key interest rates by “at least 1.0 percentage points”. Perhaps a quantitative easing should also be added. This would include, for example, renewed purchases of government bonds.

Particularly given the Fed’s hoped-for rate cuts, stock market participants are eagerly awaiting the publication of the Fed’s minutes tomorrow, Wednesday, and the European Central Bank (ECB) a day later. Also, the annual meeting of international central bankers on Thursday in Jackson Hole, Wyoming, will be the focus of attention.

On Tuesday, the most significant indices in the Far East continued to rise slightly. The Japanese leading index Nikkei gained 0.48 per cent to 20,660.98 points in the morning.

From today, a new reference interest rate will apply in China, which the banks are to use as a guideline when granting loans. Instead of the previous government benchmark of 4.31 per cent, the one-year “Loan Prime Rate” (LPR) now applies. The Chinese central bank has set this at 4.25 per cent. The PBoC wants to lower the cost of credit for companies struggling with the cooling economy.

Europe’s stock markets could see a cautious upward movement on Tuesday. The EuroSTOXX 50 started slightly stronger and is currently trading at around 3,370 points. In Germany, the leading index DAX started in positive terrain as well above the 11,725 mark.

As other stimuli are currently in short supply, investors are likely to turn their attention back to political developments. Especially Italy, where the government is currently on the verge of collapse, but also Brexit is moving back into focus.

The EUR/USD pair has remained stable and is trading around 1.1080 US dollars for many hours.

The prices for gold and crude oil haven’t moved much either yesterday. One troy ounce of gold is currently available for approximately $1,500, while Brent oil is traded for about $59.80 per barrel. WTI oil costs 56.25 US dollars on Tuesday morning.

Cryptocurrencies also did not move much yesterday. A Bitcoin currently costs about $10,800, Ethereum $200 and XRP about $0.28. Investors are eagerly awaiting the launch of Bakkt, a subsidiary of the Intercontinental Exchange (ICE) of New York, which is set for the 23rd of September 2019. With this launch, a Bitcoin ETF and Bitcoin Futures will go live.

In the second quarter, the Chinese search engine Baidu exceeded analysts’ expectations with its figures. Google’s competitor increased its turnover by one per cent to 26.33 billion yuan (equivalent to 3.73 billion dollars). Baidu cited the increase in user numbers for its video streaming service as the reason for the higher revenues. In US post-trading, the Baidu paper jumped eight per cent.

The gross profit of the mining specialist BHP Billiton remained almost at the same level as the previous year in the past financial year: 9.5 billion dollars will stay in cash in 2018/19. However, this was not enough for analysts – the average estimate for the result was 9.9 billion dollars, as Bloomberg had determined. BHP’s earnings before EBITDA of 23.2 billion dollars were close to the estimates.

Trade with Best Brokers for Commodities

The final dividend for the last quarter of the financial year was 78 cents per share, a record level. For the year as a whole, investors will receive $2.35 per share together with a special dividend. This means that 74 per cent of the profits will be distributed to the shareholders, as the company announced.

Osram shares are currently worth a look. According to analysts, financial investors Bain Capital and Carlyle are considering a higher bid for the lighting group if the Austrian chip group AMS formally submits a bid for Osram. So far, Bain Capital and Carlyle have bid 35 euros per Osram share. The price rose in the morning by 2.7 per cent to 35.60 euros compared to the Xetra close on Monday.