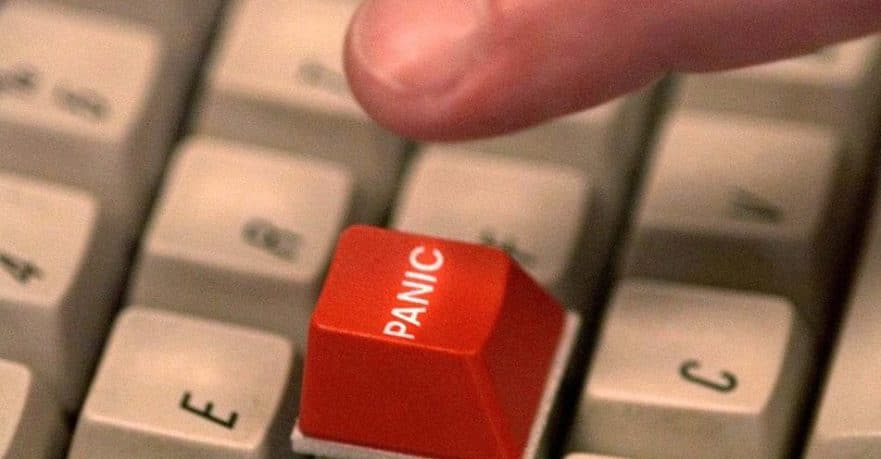 Markets around the world reacted unsettled today as fears of a dangerous pandemic grew.

Chinese authorities have confirmed that so far six people have succumbed to the virus and that the pathogen can be transmitted from person to person. This has fuelled concerns that a pandemic is imminent. It also brought back memories of the lung disease sars. At that time, the disease slowed down growth in China.

The current outbreak comes at a time when tens of millions of Chinese travel through the country for the New Year. Investors fear travel and import restrictions to stem the spread of the coronavirus, which would harm the economy. The Chinese currency already came under pressure. In return, the dollar rose by 0.5 per cent to 6.904 yuan.

The first potential case of infection was also reported in the USA and Australia. Accordingly, investors reacted nervously and sent the markets into the cellar.

The spread of the novel viral lung disease in China also has unsettled investors on Asian stock markets on Tuesday.

The Japanese leading index Nikkei closed 0.9 per cent lower at 23,864 points. The CSI-300 index, which comprises the 300 most important shares on the Chinese mainland stock exchanges, recently fell by 13.6 per cent and the Hang Seng in Hong Kong dropped by 2.5 per cent.

Europe’s stock markets also showed small declines on Tuesday. The EuroSTOXX 50 had a weaker start and was also in the red for the rest of the trading session.

However, some of the initial losses could be contained, so that the index closed with a discount of 0.26 per cent at 3,789.12 units.

The same is true for the German leading index Dax 30, which started lower and was also in the red afterwards. In the day, however, it made up for the losses entirely, ending the day 0.05 per cent higher at 13,555.87 points. Thus, the approximately two-year-old record high of about 13,596 points is now within reach again. The TecDAX was also able to recover from its low for the day and closed with a small loss of 0.08 per cent at 3,170.25 points, after having lost more significantly at the start.

The euro rose at times to over 1.11 dollars, then slid back below the mark to 1.1090 dollars in the evening. The economic expectations of German financial experts have surprisingly risen significantly. The indicator of the Centre for European Economic Research (ZEW) rose by 16.0 points to the 26.7 mark in January. After the third significant rise in a row, the sentiment barometer is now at its highest level since July 2015, when analysts had expected the indicator to rise to just 15.0 points.

The Aussie dollar came under higher pressure after the first potential case of coronavirus was reported in Brisbane. The AUD/USD pair dropped as low as $0.6841.

Oil prices fell somewhat on Tuesday. A barrel (159 litres) of North Sea Brent crude last cost USD 64.70. That was 50 cents less than the day before. The price of American WTI crude oil fell by 28 cents to USD 58.26. Oil prices thus recovered from even more significant losses.

Most of the major cryptocurrencies stabilised on Tuesday after consolidating on Monday. Bitcoin increased slightly to $8,700 while Ethereum and XRP managed to attract more buy-side with both around 1.65 per cent gains.

The Japanese central bank is sticking to its extremely loose monetary policy in the face of stubbornly low inflation. This was decided by the Bank of Japan (BoJ) on Tuesday after two days of deliberations. This will allow commercial banks in Japan to continue to obtain money from the central bank at virtually no cost. Loans for business investment and consumer spending will remain cheap. The reason for this is that inflation in Japan remains low. The BoJ is far from its inflation target of two per cent.

About a week and a half before the Brexit, the British House of Lords has inflicted three defeats on Prime Minister Boris Johnson. In votes on Monday evening on the ratification bill for the Brexit agreement, the Lords voted, among other things, for EU foreigners and Swiss to be able to prove their residence status in Great Britain with a document.

IBM achieves revenue turnaround and looks optimistically to the future

The IT service provider IBM has achieved small growth again in the fourth quarter thanks to the billion-euro acquisition of Red Hat after five consecutive quarters of decline. Turnover rose by 0.1 per cent to 21.78 billion US dollars from 21.76 billion in the same period last year. Analysts had expected 21.64 billion in the consensus.

In an initial reaction, the share then rose by a good 4 per cent in post-trading.

The computer and gaming accessories manufacturer Logitech has in the past quarter scored significantly better. Adjusted operating profit rose by 5.9 per cent to $151.7 million, the Swiss company announced. Sales climbed by 4.4 per cent to 902.7 million dollars.