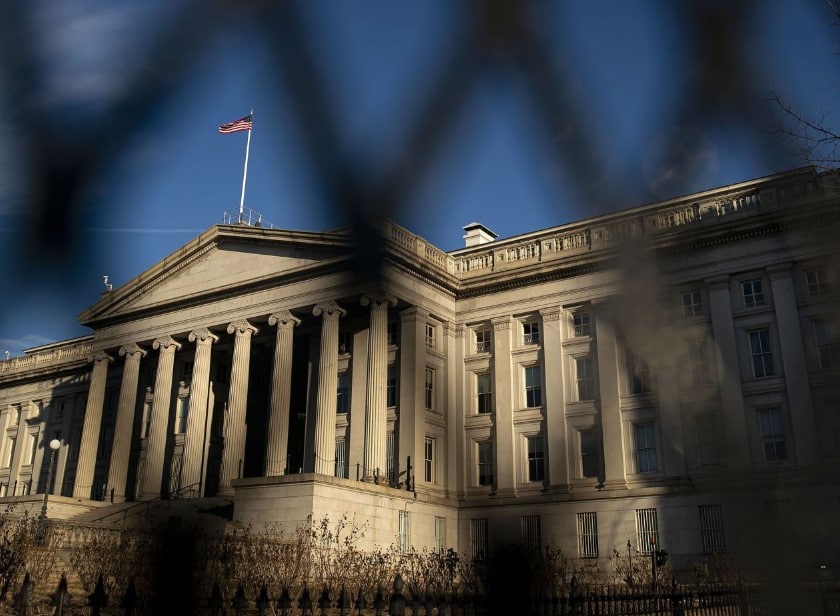 On the international stock exchanges, investors currently have to deal with new interest rate and corona fears. Rising bond yields and the Damocles sword of a potential third corona wave now weigh on the stock market. Investors took profits in this gloomy environment after the market had recently performed very well.

In the end, however, things did not turn out quite so badly, partly because the chairman of the US Federal Reserve, Jerome Powell, confirmed the Fed’s expansionary course in the afternoon. ECB chief Christine Lagarde had already had to hand out tranquillisers given rising inflation fears and rising bond yields the previous evening. But the losses are still heavy, and only leisure stocks rose after British Prime Minister Johnson announced the last evening an exit from the corona restrictions for his country by June.

However, this week’s uncertainty also seems to result from the fact that an economic recovery has already been priced in and that further price drivers are now missing.

The US leading index was ultimately stable on Tuesday, while tech stocks continued to fall further. The Dow Jones slipped sharply into the red but was able to make up for its losses in the day and was trading marginally 0.04 per cent higher at 31,535.44 points at the end of the session. The broader S&P 500 index also recovered in the day and ended trading 0.1 per cent higher at 3881 points. At the opening, the minus was still around 1.5 per cent. The NASDAQ Composite had already started the day with a substantial loss of 2 per cent but minimised the losses to minus 0.5 per cent at 13,465.20 points.

The recent strong rise in US bond yields dampened investor interest in riskier asset classes such as equities further today. In particular, technology stocks, which have recently performed above average, were burdened by profit-taking. According to market observers, it is the foreseeable end of the corona crisis that is leading to the retreat from technology stocks in particular. For corona beneficiaries, such as online retailers, the business could be worse again in the future.

The Asian stock markets again failed to find a common direction on Tuesday. The Japanese benchmark index Nikkei rose at the start of the week, gaining 0.46 per cent to 30,156.03 index points. There was no trading on Tuesday due to a public holiday.

The Shanghai Composite ultimately lost 0.17 per cent to 3,636.36 points on the Chinese mainland, while the Hang Seng rose 1.03 per cent to 30,632.64 points in Hong Kong. Here, according to expert sources, the market was driven primarily by increases in the shares of casino operators.

After a weaker start to the week, some of the Asian stock markets rose again on Tuesday. Rising yields on government bonds, however, continued to weigh on the overall sentiment.

The European stock markets continued to move downwards today. After the EuroSTOXX 50 had started, the trading session hardly changed; it fell further and finally closed the day with a minus of 0.29 per cent at 3,689.10 points.

After a friendly start to trading, the DAX turned negative and closed 0.61 per cent lower at 13,864.81 points. The TecDAX fell deep into the loss zone after a barely changed start and ended the day 2.47 per cent weaker at 3,373.57 points.

The sluggish vaccination campaign and a growing number of mutations of the coronavirus continued to be a burden. In addition, the high valuations added a heavy burden, especially for stocks that were rising sharply in the last weeks.

Across Europe, rising yields in the US bond market also remained the top topic on the market. ECB President Christine Lagarde had already stated on Monday that the money watchdogs closely monitor the development of yields.

The euro exchange rate barely moved in late US forex trading. The euro was last quoted at 1.2145 US dollars. It had continued the previous day’s gains in early European currency trading and had risen to 1.2180 US dollars. The announced easing of Corona restrictions in England, on the other hand, caused investors on the forex market to continue to reach for the pound sterling. The British currency rose to 1.4117 dollars, its highest level since April 2018.

After initial price gains, oil prices ultimately fell somewhat. A barrel of North Sea Brent traded 18 cents lower than on Monday at 65.05 US dollars. The cost of a barrel of WTI decreased by 37 cents to 61.34 US dollars. Traders pointed to profit-taking after the recent price gains.

Cryptocurrencies corrected sharply lower, and the total market cap fell from $1.7 trillion to just above $1.4 trillion in only a few hours. With this, most big-cap cryptocurrencies shed 20-25 per cent in just one day. Bitcoin dropped as low as $45,000 but recovered to around $48,000 shortly after. Ethereum also fell sharply to as low as $1,338 before bouncing back to $1,540. Altcoins such as Cardano, Polkadot, XRP, Litecoin, Bitcoin Cash, Stellar and others experienced similar volatility and are now looking to enter an accumulation phase together with BTC and ETH, which may trigger the next move higher. However, digital asset traders should remain cautious, especially in the current market environment where other asset classes are under pressure.

German exporters’ mood is better than it has been for almost two and a half years because of the expected upswing among important trading partners such as the USA and China. The barometer for industry’s export expectations climbed from 7.5 to 10.7 points in February, the Munich-based Ifo Institute reported on Tuesday, citing its monthly survey of 2300 firms. A higher value was last observed in September 2018.

The corona crisis is causing unemployment in Great Britain to rise further. In the fourth quarter, the unemployment rate rose by 0.1 percentage points to 5.1 per cent, the statistics office ONS announced in London on Tuesday. This is the highest level in almost five years. In the same quarter of the previous year, the rate was 1.3 points lower.

After five months, the annual inflation rate in the Eurozone has returned to positive territory with a substantial jump. In January, the inflation rate shot up to 0.9 per cent, after consumer prices had fallen by 0.3 per cent in December. The statistics authority Eurostat thus confirmed – as expected by economists – its first estimate from 3 February.