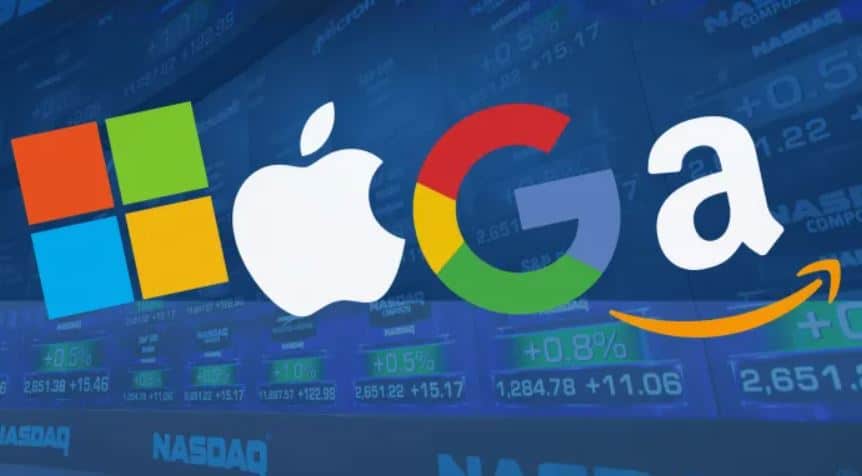 The tech giants Apple, Microsoft and Amazon, stormed new record highs on Tuesday. They drove the Nasdaq 100 index to an all-time high. The good mood then also rubbed off on many other markets. But gold, the crisis currency, also reached an 8-year high today.

These developments are highly interesting, as they reflect precisely the mood of investors in these times. On the one, hopes of a fast post-corona-recovery of the economy fuel global indices. On the other hand, fears of a second corona-wave and a slow recovery of the global economy are keeping investors on their toes.

Investors reacted with relief to US President Donald Trump’s commitment to the trade agreement with China. The deal with China was “completely intact”, he stressed. Earlier, the statement of his advisor Peter Navarro that the deal had died had caused unrest and sharp price swings.

The US markets joined the European stock markets with their markups, even though concerns about a second wave of the coronavirus remained. The hope that the global economy will escape its trough with the easing was supported on Tuesday by purchasing managers’ data, especially from Europe. On the other hand, it was said that investors trusted that governments and central banks would be ready with further measures should the economy suffer further setbacks.

During the Asian session, investors saw massive price swings after Trump’s trade advisor Peter Navarro caused confusion and price drops in early Tuesday trading with a comment that the US-China trade agreement was over.

Europe’s markets were significantly higher on Tuesday. The EuroSTOXX 50 opened with a plus and recorded further gains. In the end, it rose by 1.76 per cent to 3,298.83 points.

Robust economic data further brightened the mood, among other things. The trend reversal of the German economy was confirmed in June according to the composite index for production in the private sector by IHS Markit, and corporate sentiment in the eurozone also brightened considerably.

In the Forex market, the euro rose above the $1.13 level on Tuesday after surprisingly robust economic data from the eurozone. The euro temporarily rose to $1.1349. In New York trading, however, it dropped a bit, ending the day at $1.1315.

Oil prices benefited on Tuesday from the positive sentiment in the financial markets and at times rose to three-month highs. A barrel of North Sea Brent crude costs $43.61 on Tuesday evening, 52 cents more than on the previous day. In the meantime, the price of Brent had climbed to almost $44. The price for a barrel of the American variety West Texas Intermediate (WTI) rose by 33 cents to $41.06.

Despite the rebounding stock markets and hopes of a V-shaped economic recovery, gold is shining more and more. The price of the precious yellow metal climbed on Tuesday to its highest level since the end of 2012, with a troy ounce costing $1,767. However, the record high of $1,921 in 2011 is still a long way off. In euro terms, yet, the gold price has already reached a record high in May. Uncertainty about the progress of the corona pandemic and fears of increasing national debt is driving investors into safe havens like gold.

Cryptocurrencies remained stable this Tuesday with Bitcoin holding at its $9,600 mark, while Ethereum and XRP were also keeping their levels at $242 and $0.1880 respectively.

According to the investigators, Markus Braun, the former CEO of Wirecard, who was arrested by the Munich public prosecutor’s office, intends to cooperate. The financial supervisory authority BaFin is pursuing its criminal charges against Wirecard on suspicion of market manipulation.

Wirecard shares stopped their freefall today and recovered by almost 20 per cent – the biggest winner of the Dax 30 index toady. Markus Braun, the former CEO suspected in the balance sheet scandal, has been released after a night in jail. The Munich District Court suspended the arrest warrant against payment of a five million euro bail and weekly reporting to the police. The Munich public prosecutor’s office announced this on Tuesday.

The major Swiss bank Credit Suisse is expanding its business in Brazil by acquiring a stake in the digital bank Modalmais.

According to Tuesday’s announcement, Credit Suisse will take a 35 per cent stake in the bank. According to Credit Suisse, Modalmais, which was founded in 2015, has almost one million customers and manages nearly ten billion real (1.6 billion euros) in customer deposits.

Deutsche Telekom is supporting the Japanese technology investor Softbank, which has run into liquidity problems. Softbank is allowed to sell around 193 million shares of the US subsidiary T-Mobile on the capital market within the next six months, the Magenta Group announced, thus lifting a holding period. Also, Softbank manager Marcelo Claure will acquire five million T-Mobile US shares. Before the merger with the Telekom subsidiary, Claure managed the smaller competitor Sprint, which in turn was in the hands of Softbank.