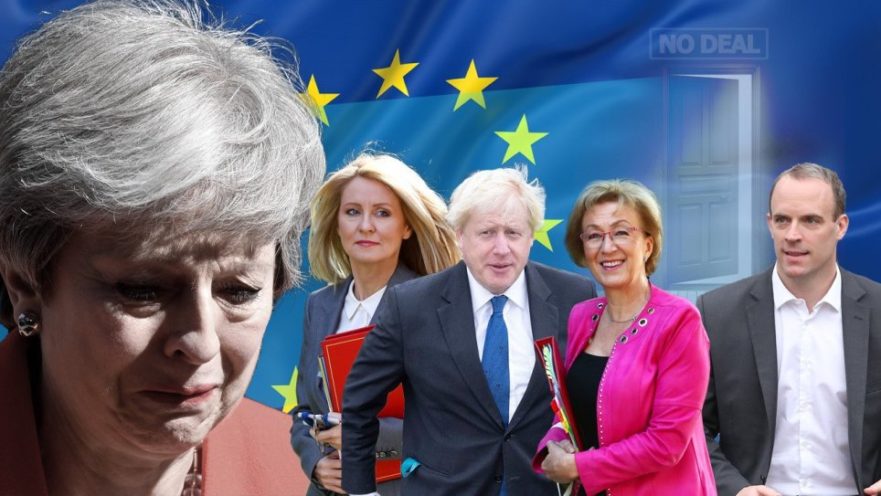 The hope for a new round of talks in the trade conflict between the USA and China supported technology stocks in particular. According to a report by the South China Morning Post, negotiators are expected to travel to China for talks next week. It is the first meeting of both sides since the G20 summit at the end of June in Japan. However, many investors were reluctant to make significant commitments during the week before the release of key quarterly reports.

Already today, Tuesday, companies such as Coca-Cola, United Technologies and Visa are reporting on their quarters. As the week progresses, heavyweights such as Facebook, the Google mother Alphabet or Amazon will present their reports.

In the current reporting season, investors are paying particular attention to the impact of the trade dispute. This also involves the question of whether the economy has cooled down firmly enough to persuade the Fed to intervene decisively. Hopes of lower interest rates have recently been the driving force behind the stock markets. Stock market participants expect a step down at the interest rate meeting in July.

Investors go on a shopping spree

Shortly before new important quarterly figures are to be presented, price gains dominate on the Frankfurt Stock Exchange. The car industry is once again making a name for itself.

In the first half-hour of trading, the Dax gains up to 0.8 per cent to 12,392 points. Led by price gains of semiconductor manufacturers, the Asian stock markets gained ground. The Japanese Nikkei index rose by 0.9 per cent to 21,619 points, and the Shanghai Stock Exchange gained 0.3 per cent to 2,896 points.

In the Forex market, the Euro has been steadily falling since yesterday evening. In the meantime, it has declined below the 1.12 US dollar mark. The daily low to date is 1.1185 dollars. The price of gold is also falling. The precious metal is currently trading at around 1,418 US dollars.

Who’s next after Theresa May?

In Great Britain today it will be announced who will be the leader of the Conservative Party and thus also the new prime minister. The clear favourite is former Foreign Minister Boris Johnson, while the current Foreign Minister Jeremy Hunt has little chance according to experts. On Wednesday, the winner will take over the official duties of Prime Minister Theresa May. High volatility in the markets, especially those directly linked to the British pound, is being expected around the time of the official release of who will be Theresa May’s successor.

Daimler’s Chinese partner company BAIC has acquired a stake in the Stuttgart-based Dax Group. The Beijing Automotive Group (BAIC) acquired a total of five per cent of Daimler, the companies announced on Tuesday. BAIC and Daimler have been working together for more than ten years.

Less super-rich who want to have their billions managed by the world’s largest asset manager. Nevertheless, the major Swiss bank was able to increase its profit in the past quarter slightly. Investors like the numbers of the Swiss Confederates.

The share price rose by a good two per cent in Zurich in the morning. Despite some problems, UBS was able to report the most profitable quarter since 2010. 1.39 billion dollars remained in the till below the line, a meagre plus of one per cent only compared to the same period last year – but significantly more than the experts had expected. They were even predicting to see a drop in profits of up to 25 per cent.

The rich get stingy

In the quarter just ended, the Bank scored points not so much in its core asset management and investment banking businesses, but in growing revenues in private and corporate client business and the sale of fund products.

Asset management suffered from several negative influences at the same time. Many of the world’s billionaires, half of whom have their assets managed by the Swiss, have become reluctant in recent months, and the trade war and the supposed end of the stock market rally send their greetings. Wealthy customers are therefore parking more and more of their assets in cash and holding back on transactions or riskier transactions.

However, low interest rates are also reducing earnings in asset management, and the fierce competition among asset managers, particularly in the USA, is lowering margins. In the division, UBS’s adjusted pre-tax profit, therefore, shrank by twelve per cent. Besides, wealthy customers withdrew around two billion dollars net from the Bank – according to experts mainly to settle their tax debts in the USA.

In recent months, the UBS share has clearly left its mark. The title slipped by about 25 per cent within one year. The stock thus performed significantly better than Deutsche Bank’s, but considerably worse than US giants such as JPMorgan or Bank of America.