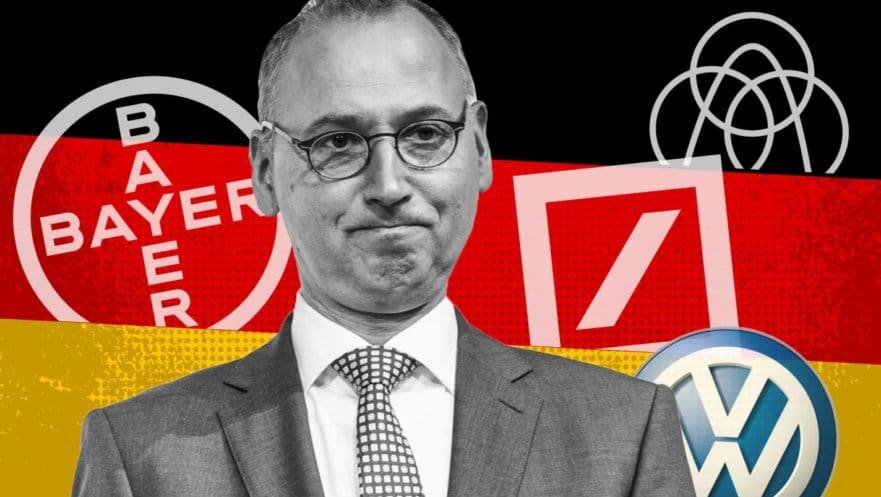 After the recent easing of monetary policy has evaporated, many investors are again worried about a recession. And then there is the bad news from Braunschweig.

The public prosecutor’s office there has brought charges against chief supervisor Hans Dieter Pötsch as well as the current and former company directors Herbert Diess and Martin Winterkorn for market manipulation in connection with the diesel crisis. This pushes the advantages of VW listed on the Dax down by almost three per cent. The leading index is also burdened by the chemicals group BASF.

All of this reflects investors’ fear of a recession in the German economy. The surprisingly slightly higher Ifo index did nothing to change this; the list of profit warnings is now too long, even from the second and third rows of companies.

The fear therefore remains that the economy has not yet bottomed out. In addition, the unresolved question of how the trade conflict between China and the USA will continue remains in the background. So caution on the stock markets remains the order of the day, says Michael Winkler, Head of Investment Strategy at St.Galler Kantonalbank.

The rise in the Ifo index is only positive news at first glance, said Thomas Gitzel, Chief Economist at VP Bank. “The details continue to teach us fear. The trade conflicts, the unresolved Brexit process and the switch from the combustion engine to the electric motor have massively affected the German economy, as has the politically sensitive situation in the Middle East.

Investors on Wall Street also remain cautious. The Dow Jones index is expected to be 0.25 per cent higher at 27,030 points one hour before the start of trading.

In Germany, the Dax30 fell to just around 12,340 points and trends even further down.

The euro hardly reacted to the somewhat better mood in the German economy on Tuesday, but it has risen slightly above 1.10 dollars again. The British pound, on the other hand, experienced significant exchange rate fluctuations. This was triggered by an eagerly awaited Supreme Court decision. The Supreme Court of the Kingdom declared the forced parliamentary pause imposed by the government illegally. The ruling weakens Prime Minister Boris Johnson considerably both domestically and abroad, commented economist Marco Weber of Union Investment. “The further course of events and the future of Boris Johnson are now completely open”.

The cryptocurrency market remained widely unchanged on Monday and Tuesday morning. Investors are eagerly awaiting the moves after the custodial exchange Bakkt opens its doors and markets later today.

The Lufthansa share climbs to the top of the Dax this afternoon. It again profits from the bankruptcy of its competitor Thomas Cook. Analyst Guido Hoymann of Bankhaus Metzler had stressed in a study the day before that the insolvency of Thomas Cook would initially put fundamental concerns about the issue debate or the valuation in the background. Instead, as was already the case with Air Berlin in 2017, the initial concern was the loss of flight capacity and rising ticket prices. He, therefore, advised a purchase.

The SAP software group is investing more than 200 million euros in a new base in the capital city. Not far from Berlin’s main railway station in the “Quartier Heidestrasse”, SAP is renting more than 30,000 square meters for a digital campus, as the software group announced on Tuesday. Around 1200 employees are to be accommodated there by the end of 2022, and the offices in Rosenthaler Strasse are to be abandoned. The software group plans to use the more than 200 million euros for rents, operating costs and depreciation for ten years.

SAP currently employs around 1000 people in Berlin and Potsdam. With the new location, there is room for around 450 new employees. Although the software company recently cut jobs in Germany, it is at the same time hiring in other, promising areas. At the new location, the company will work on the topics of artificial intelligence, machine learning and blockchain.

Even more dividend from Total

The French oil company Total intends to distribute more to its shareholders in the coming years than previously planned. The dividend is to increase by five to six per cent annually the company announced in Paris on Tuesday as part of its planning for the years up to 2025. Previously, the oil company, which is currently suffering from low oil and gas prices, had announced an increase in the dividend of three per cent. The inflow of liquid funds (cash flow) of the group is to increase by more than five billion US dollars up to 2025, it continued. The company expects an oil price of USD 60 per barrel per year.

The world’s largest brewery group raised around five billion dollars in the IPO of its Asian business, less than originally targeted. The securities for the listing on the Hong Kong stock exchange were issued at 27 Hong Kong dollars (equivalent to 3.44 dollars) and thus at the lower end of the range of 27 to 30 HK dollars. AB InBev had cancelled plans for a major IPO in July, which could have raised up to $9.8 billion, referring to the current market environment, among other things. Nevertheless, it is the second-largest IPO in the world so far this year after the transport broker Uber with proceeds of more than eight billion dollars in May.