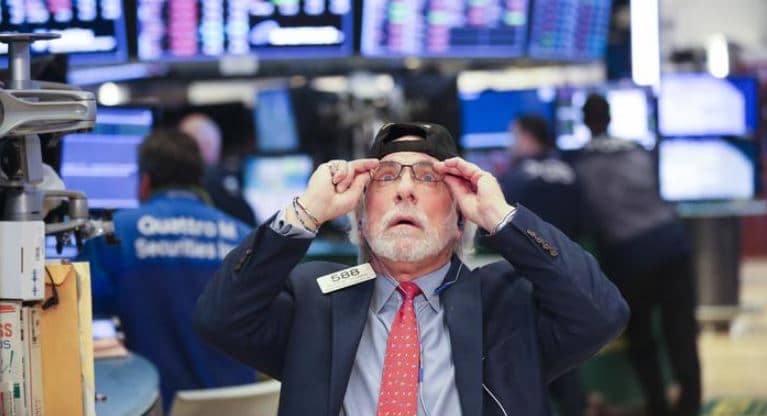 After the sell-off on Monday, most global indices continued their steep decline. The coronavirus and the still unassessable consequences of a potential global pandemic remain the main topic in the market.

Doubtful rumours about potential cures or preventative measures against the novel virus provided temporary stabilisation but ultimately were unable to stem the bitter losses in any way.

The high number of people infected with the virus in Italy and the first cases in Spain, Austria, Croatia and Switzerland are increasingly worrying. More and more market experts believe that this could seriously dampen the mood of consumers and companies not only in Europe but possibly also in the USA.

However, some market observers consider the current market correction after the recent sharp price gains in the Euro-Zone to be healthy. “A full-scale stock market crash is not to be expected. After all, the Chinese government has announced economic stimulus programs and most central banks are helping the economy with a continued loose monetary policy,” they said.

The Dow Jones opened slightly higher and initially remained on green territory. In the day, however, it fell back considerably. In late trading, the stock market barometer sank below the psychologically important mark of 27,000 points. Most recently, a minus of 3.15 per cent at 27,081.36 points was on the board. At the daily low, the Dow Jones recorded a loss of more than 1,000 index points. The tech stocks index NASDAQ Composite showed a similar trend: After a positive start to trading, it also slipped well into the red, ending the day 2.77 per cent lower at 8,965.61 points.

Fears of an economic recession due to the spread of the coronavirus partially depressed Asian stock markets on Tuesday. They came under pressure in the wake of an extremely weak Wall Street but made up some of their losses in the day. On the South Korean stock exchange, the Kospi, which had fallen particularly sharply at the start of the week, has now risen by around one per cent.

Europe’s stock markets continued to collapse under the weight of corona worries today. The EuroSTOXX 50 was still trading at marginal gains in early trading but recorded significant losses later. It closed 2.07 per cent lower at 3,572.51 index units.

The German stock market also fell back into the red on Tuesday. The Dax 30 was even firmer at the sound of the starting bell on Tuesday, but then gave up its gains and again posted heavy losses. At its lowest point, it slipped down to 12,778 points. At the end of trading, it stood at 12,790.49 points, down 1.88 per cent.

The TecDAX still showed green signs in early trading but also recorded a sharp decline during the European and US sessions. It closed the day with a loss of 2.01 per cent to 3,052.02 points.

Eight days ago the Dax was still trading at a record high of 13,795 points. Now it is 1,000 points less. In the first two days of this week alone, the Dax plummeted by almost 6 per cent.

The euro gained significantly on Tuesday after a bounce in US trading. An hour before the close of trading on Wall Street, the common currency costs $1.0878 after falling to $1.0830 in midday trading. With the level reached in the evening, the euro was again more expensive than it had been since mid-February.

Oil prices on Tuesday continued their losses from the start of the week. Towards evening, a barrel of North Sea Brent cost 55.58 US dollars. That was 72 cents less than on Monday. The price of American WTI crude oil fell by 81 cents to 50.62 dollars. Since the beginning of this year, the price of Brent oil has fallen by 15 per cent, while US crude oil has since become 17 per cent cheaper.

Government bonds as “safe havens” were again in strong demand and rose sharply. Gold, on the other hand, was not targeted as a “safe haven” on Tuesday. The price of the precious yellow metal fell by 0.6 per cent to $1,649 an ounce by the evening.

On Monday, the price of the precious metal had risen to $1,689. The last time the price of gold had reached this level was in January 2013.

Similar to other asset classes, such as equities, for example, cryptocurrencies took another hit and recorded significant losses. A Bitcoin currently costs $9,350, a loss of more than 3.6 per cent, while Ethereum is valued at $244 and XRP $0.25.

Lufthansa and its partner United Airlines are considering a takeover of the airline TAP Portugal, according to a press report. Negotiations with the current owners, however, are not yet in the final phase and could still drag on, the newspaper “Süddeutsche Zeitung” reported without mentioning any sources. TAP Portugal is currently half-owned by the Portuguese state and 45 per cent by the US-American airline entrepreneur David Neeleman. He wants to sell his shares as soon as possible, the newspaper writes. The state had also tried several times in vain to find a private investor for its shares.

On Monday after the close of the US stock market, MasterCard had made significant cutbacks in its sales targets due to increased uncertainties in the wake of the coronavirus outbreak. Growth in the current quarter is likely to be around two to three percentage points lower than forecast at the end of January, the company said.

Despite the impact of the virus, MasterCard still expects a relatively substantial increase in sales of nine to ten per cent compared to the previous year. However, many uncertainties remain regarding the business outlook, the company warned.

The Xing career network continued to grow last year thanks to the strong performance of its corporate client business, and the company wants its shareholders to share in this growth. The Management Board, headed by Thomas Vollmoeller, who is still CEO, is proposing a dividend of 2.59 euros per share, an increase of 21 per cent over the previous year.