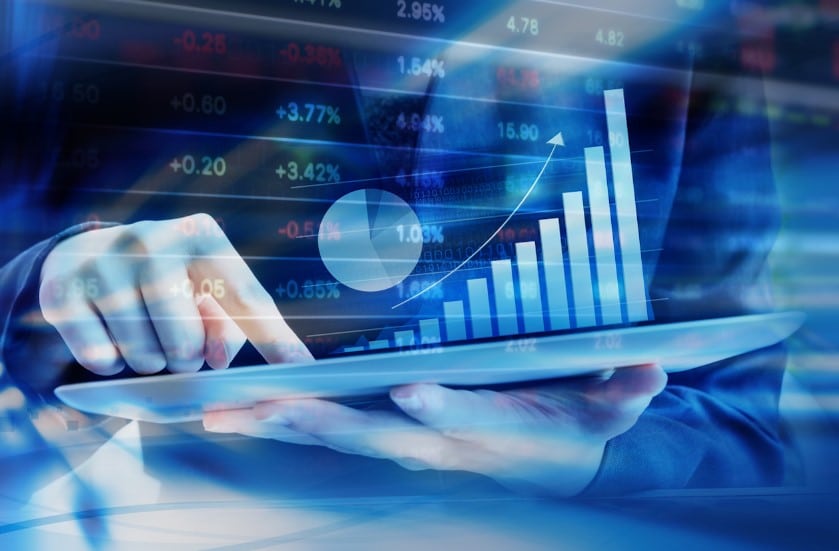 Reporting Season: The Good and the Bad

Technology stocks are and remain the salt in the soup at the moment. They are seen as winners of the crisis but have already had a historically strong run. Investors are now asking themselves whether it is still possible to add to the gains, and the Microsoft figures are encouraging.

As part of the ongoing reporting season, there were also numerous quarterly figures from other heavyweights on the agenda today, including Johnson & Johnson, 3M, Verizon and American Express, which were mixed. It became clear that, as in every crisis, there were winners and losers. While consumers were generally reluctant to spend because of the pandemic, industrial companies fared better.

Investors in the US stock market remained cautious on Tuesday. The Dow Jones opened with a small gain and then barely moved. It finally exited the trading session 0.07 per cent weaker at 30,937.89 points. The NASDAQ Composite also hovered around the zero line after initially starting with a slight gain. At the end of today’s trading day, it was still down 0.07 per cent at 13,626.06 points.

Market observers pointed out that the International Monetary Fund (IMF) had raised its forecast for the global economy outlook this year by 0.3 percentage points to 5.5 per cent. The IMF considered the vaccination campaigns that are underway to be positive, and it also expects further economic injections in some larger industrialised countries.

But after the all-time highs of the S&P-500 today and the NASDAQ the day before, investors also tended to take profits. Besides, numerous Dow stocks presented their quarterly reports. The positive and negative were more or less in balance.

The Asian stock markets were significantly weaker on Tuesday. The Japanese benchmark index Nikkei lost 0.96 per cent to 28,546.18 points by the close of trading. On the Chinese mainland, the Shanghai Composite fell by 1.51 per cent to 3,569.43 points, while the Hang Seng dropped by 2.55 per cent to 29,391.26 index points in Hong Kong.

Mixed signals from the US weighed on Asian markets on Tuesday. The previous day, the pandemic pushed prices down, with only crisis-resistant technology stocks proving their worth. On Wednesday, the Fed meeting could also provide new impetus, impacting the Asian stock markets.

The European stock markets were clearly in the green today. The EuroSTOXX 50 opened almost unchanged, but ended trading with a 1.27 per cent gain at 3,598.22 points.

The German stock market also saw a strong upward trend. The DAX significantly extended its initial gain and ultimately ended the day 1.66 per cent stronger at 13,870.99 points. Furthermore, after a barely changed start, the TecDAX also gained in the further course of trading and closed 0.82 per cent firmer at 3,392.36 points.

A recovery thus followed the setback at the beginning of the week. Bargain hunters who saw the previous day’s losses as buying opportunities were probably responsible for this.

The euro was trading a little recovered at 1.2166 US dollars in the late evening on the Forex market. The European Central Bank (ECB) set the reference rate at 1.2143 (Monday: 1.2152) US dollars. In addition to the corona crisis, the market looked to Italy today. The resignation of Italian Prime Minister Giuseppe Conte weighed on the euro only briefly. Most experts consider new elections in the middle of the virus crisis rather unlikely.

Oil prices fell slightly today. The latest development in the Corona crisis tends to weigh on oil prices. In addition to possibly dangerous mutations of the coronavirus, new infections in China temporarily caused a nervous mood on the oil market. Brent oil fell marginally by 5 cents to 55.85 US dollars per barrel. Meanwhile, the barrel price for West Texas Intermediate oil fell by 26 cents to 52.52 US dollars.

Gold remained under pressure on the commodities and precious metals market but only lost $4 on the daily chart to $1,851 per troy ounce.

The private Institute Conference Board’s US consumer confidence for January rose to 89.3 from 87.1 points in the previous month, slightly above the forecast of 89.0 points. Despite the increase, the barometer is still trending far below the level before the corona crisis. By comparison, it stood at 132.6 points in February 2020.

The crisis also caused a slump in new registrations of commercial vehicles in the eurozone last year. With 1.7 million units, almost a fifth fewer trucks or buses were put on the roads, according to data from the industry association ACEA.

Things went well for the technology company Microsoft in the second business quarter. The company posted earnings per share of 2.03 US dollars; experts had expected EPS of 1.64 US dollars after 1.51 US dollars per share in the previous year. The company thus exceeded market expectations.

The strong cloud business and the high demand for video games and PCs also gave the software company strong growth in its second financial quarter. In the quarter with the critical Christmas business, Microsoft profited above all from the pandemic-related high demand for the Xbox game console, which the software company could not deliver to all interested customers. Because of the people sitting at home during the lockdowns, Microsoft’s cloud solutions were also in demand. Many also treated themselves to new laptops for the home office.

In after-hours trading on the NASDAQ, Microsoft shares temporarily gained 5.89 per cent to 246.01 US dollars.

Pepsi and Beyond Meat team up

The US companies announced a joint venture on Tuesday to develop, manufacture and market plant-based drinks and snacks. Investors reacted euphorically – Beyond Meat shares shot up 39 per cent in early trading, the biggest jump in a year and a half. At the close of trading, they were still up 17.70 per cent at 186.83 US dollars. Pepsi shares, meanwhile, rose only slightly.

Beyond Meat was founded in 2009 and went public in May 2019. The company produces plant-based meat alternatives – without animal ingredients. The Californians are best known for their vegan burgers, which are now stocked by various fast food chains. Especially in the Corona pandemic, Beyond Meat and its rival Impossible Foods offer welcome alternatives to the classic US meat industry, whose companies made the headlines at the beginning of the crisis as COVID-19 infection hotspots.