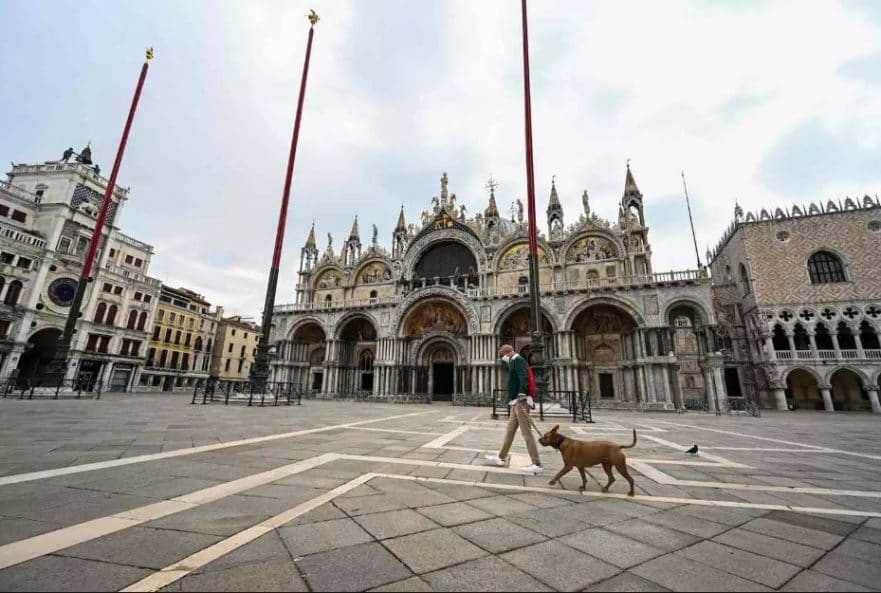 Many a person rubs his eyes these days when he looks at the global stock markets and asks himself: “Can it be possible?” One almost gets the impression that the corona crisis is already over. The mood on the stock markets is glorious.

With the easing of current restrictions and limitations in many countries and the slow pace of economic recovery, optimism continued to prevail among investors. Besides, there was once again positive news from the USA regarding a potential vaccine: the company Novavax is starting clinical trials with a drug candidate against COVID-19.

Thus, any warnings and adverse reports are still being ignored. Because the optimism and hopes prevail amid almost daily reports of insolvencies by partly old-established companies. The traditional company Hertz, for example, and today Latam Airlines, too, were recently affected.

In addition, experts warn that second-round effects such as rising unemployment figures and increasing insolvencies are also to be feared. This could then also lead to more loan defaults at the banks.

On Wall Street, the signs were all green after the long weekend. The US leading index Dow Jones started trading at 24,781.84 points with a plus of 1.29 per cent and then climbed further up – thereby leaping over the psychologically important mark of 25,000 points. In the end, it was not enough for a closing price above this mark and the stock market barometer closed with a gain of 2.17 per cent at 24,995.11 points. Meanwhile, the NASDAQ Composite rose much less and even had to give up a large part of its profits in the day. It still managed a small gain of 0.17 per cent to 9,340.22 points.

At the New York Stock Exchange, the first traders returned to the floor after the corona break. Although only a quarter of the traders are expected to appear in the building at 11 Wall Street, they must wear face masks and keep their distance. Nevertheless, it was an important day, said John Tuttle, Vice President of the Exchange. “The trading floor represents so much more than just more than a thousand square meters of space. It is a symbol for America, and it is a symbol for the capital markets.” The trading floor was closed on 20 March.

The rebound of the Japanese economy boosted the Tokyo Stock Exchange on Tuesday. Hopes for further easing measures to contain the coronavirus pandemic, as well as further declining infection numbers in most countries, also provided clear gains in the other Far Eastern trading centres. Positive impulses also came from the continuing recovery of oil prices.

The impending escalation of the trade dispute between the USA and China and the dangerous situation in Hong Kong, where Beijing is trying to push through a security law that has provoked protests worldwide, were also ignored.

The European stock markets also recorded solid gains on Tuesday. The EuroSTOXX 50 was able to log a plus of 0.94 per cent to 2,999.22 index units on the price board.

The Dax 30 also opened the session higher on Tuesday and then even managed to break through the 11,500 point mark. It ended the Tuesday trading session 1 per cent stronger at 11,504.65 index points. In May alone, the leading German index has thus already gained around seven per cent. The TecDAX also moved into green territory during the session and left 0.6 per cent up at 3,174.25 index units.

In the Foreign Exchange market today, the Euro made significant gains. The European Central Bank (ECB) finally set the reference rate at 1.0975 (Monday: 1.0910) US dollars.

Oil prices continued their recovery course on Tuesday. Traders justified the rising prices with a generally good mood in the financial markets. Economy-dependent assets such as commodities benefited from this. Besides, there is hope for an increase in demand for oil as a result of the easing of Corona restrictions. A barrel of Brent oil costs $35.66 in the evening with a 13 cent surcharge, while the price of a barrel of US West Texas Intermediate (WTI) rose by 56 cents to $33.81.

Cryptocurrencies were in consolidation today and didn’t change much. Bitcoin is still valued at approximately $8,800, while Ethereum costs $203 and XRP $0.1960 per token.

Fitch has further lowered his thumb on Argentina’s credit rating. As the agency announced, it has reduced the country’s long-term issuer default rating (IDR) to RD (Restricted Default) of C. The government had not been able to pay interest on three government bonds within the 30-day grace period that expired on 22 May.

The IPO of the holding company around the coffee brands “Jacobs” and Douwe Egberts in Amsterdam is expected to generate up to 2.25 billion euros. According to the price range published by JDE Peet’s, the company, which is controlled by the German billionaire family Reimann, would have a market value of 14.9 to 16 billion euros. The shares of JDE Peet’s can be subscribed for from Tuesday to the Tuesday after Whitsun (2 June) in a range of 30.00 to 32.25 euros. The number two on the world coffee market behind Nestle in Amsterdam is scheduled to make its stock market debut on 3 June.

Increasing easing in the Corona crisis on Tuesday brought the European travel sector further substantial price gains. Industry stocks, which were already in high demand the day before, continued to rise at an increasing pace, from airlines to tour operators and cruise operators. A positive mood has recently been created by the fact that more and more holiday countries are lifting their entry stops with the start of the summer season.

Among the airlines, Lufthansa’s shares dominated, rising by 6.6 per cent at times – not least because of the agreement on a multi-billion euro government rescue package. Air France-KLM in Paris and Ryanair in Dublin advanced by 11 per cent and 6 per cent respectively. IAG and EasyJet in London even managed to achieve a plus of up to 19 per cent at times. Still, they also followed the rally in other industry stocks from the previous day, when trading in Great Britain was halted for public holidays.

However, the recovery rally is dominated by the travel group TUI, whose shares rose by another 20 per cent in Frankfurt trading, where they had already gained 15 per cent the day before. In London’s main trade, they did so with an added plus of almost 36 per cent. Papers of the cruise operator Carnival also advanced by 12 per cent on the London Stock Exchange.