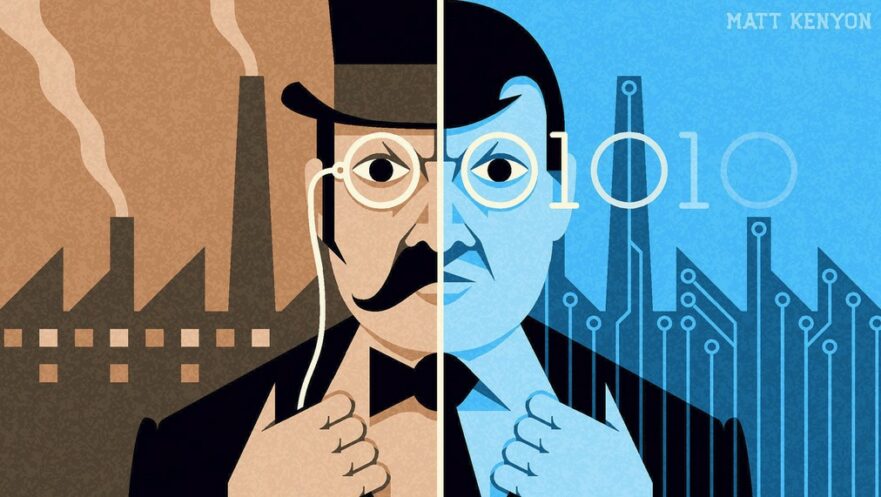 Solid corporate balance sheet reports drove the US indices to further record highs today. Led by the technology exchange Nasdaq, all major US stock indices rose slightly today – with the Dow Jones, S&P 500 and the Nasdaq 100 selection index setting new records, which they were then unable to maintain over the day.

The upswing on Wall Street is driven by the current successful corporate reporting season. This was heralded the week before last with outstanding figures from the banking sector – and trading against better-than-expected earnings momentum can be dangerous. The corporate reporting season is now in full swing and has so far delivered more good news than bad. Today, Microsoft and Google reported huge profits in after-hours trading, further demonstrating that big-tech is leading the markets.

As a result, inflation and growth concerns, which had recently dominated, have receded into the background. According to the Bloomberg news agency, more than 80 per cent of the companies in the S&P 500 that have opened their books so far have presented better results than expected.

The Dow Jones opened the session slightly firmer and then continued to rise. At times it reached new highs, but in the end, it closed only up 0.04 per cent at 35,756.42 points. The tech index NASDAQ Composite made significant gains at the start but ultimately ended the session 0.06 per cent higher at 15,235.71 points.

The US equity markets were supported by good quarterly figures from major companies in the current reporting season. Concerns about inflation and growth thus receded somewhat into the background.

Among the individual stocks, Facebook, UPS, General Electric and 3M were in the focus of investors with their figures.

Once again, there were mixed trading results on the Asian markets. In Japan, the Nikkei benchmark index closed with a gain of 1.77 per cent at 29,106.01 points. The yen, which weakened again, also provided a tailwind.

On the one hand, positive guidance from Wall Street provided support, but on the other hand, the worsening regional corona situation weighed. In response to a new coronavirus outbreak, China imposed a strict curfew in the four-million metropolis of Lanzhou.

Meanwhile, a meeting between Chinese Vice Premier Liu He and US Treasury Secretary Janet Yellen on economic issues was judged pragmatic and constructive by the Chinese side.

Europe and the major stock markets once again benefited from friendly Wall Street. The EuroSTOXX 50, for example, started virtually unchanged at 4,187.55 points but moved more decisive into the profit zone in the day, closing up 1.01 per cent at 4,230.62 index units.

The German stock market also recorded gains. By the end of today’s trading, the Dax had risen by 1.01 per cent to 15,757.06 points, and the TecDAX also ended the session 0.53 per cent higher at 3,847.06 points. On the corporate side, investors focused on KION, Pfeiffer Vacuum, Symrise and Siltronic.

Strong earnings from US banks and consumer goods manufacturers have pushed investors’ concerns about higher inflation and labour shortages into the background, at least for now. The reporting season in Europe, which was better than expected, also had a supporting effect.

The euro struggled to find direction on the foreign exchange market on Tuesday. The common currency, the euro, hovered in a relatively narrow range around the 1.16 US dollar mark during the day and was last traded in New York at 1.1597 dollars.

Oil prices also struggled to find a direction today. Most recently, prices rose moderately again, which meant that the price of North Sea Brent rose by 30 cents compared to the previous day to 86.29 US dollars. American West Texas Intermediate rose by 53 cents to 84.29 dollars.

On the other hand, precious metals, and in particular gold, posted significant losses today. The price for a troy ounce of gold fell by $15 to $1,793. At times, the precious yellow metal had dropped to $1,783.

The picture of the cryptocurrency market remains mixed. Prices for the most important digital assets continue to shuffle. Today, Bitcoin dropped a further 3.8 per cent to find support at the round-mark of $60,000. Ethereum and Binance Coin posted moderate losses around 1.2 per cent, while Solana corrected with 5.2 per cent sharper to $200. Cardano, XRP and Polkadot, on the other hand, rose slightly. Meanwhile, Shiba Inu continues to move up strongly, posting a 15 per cent gain today.

South Korea‘s economic recovery slowed significantly in the third quarter of the year. The gross domestic product grew by only 0.3 per cent compared to the previous quarter, according to data published by the South Korean central bank on Tuesday. Experts had expected an increase of 0.6 per cent. In the second quarter of the year, the country’s economy had expanded by 0.8 per cent. In particular, private consumer spending, one of the most important pillars for the South Korean economy, developed disappointingly with a decline of 0.3 per cent. Fixed asset investment also slumped by 2.3 per cent. Exports increased by 1.5 per cent thanks to solid semiconductor sales.

Ifo export expectations for Germany fell to 13.0 points in October from 20.5 in September. This is the worst value since February 2021. “Sentiment in the German export industry has received a significant damper,” the Ifo Institute explained. “The supply problems for intermediate products are now having an impact on industry exports.”

Sentiment among consumers in the United States brightened in October. The Conference Board reported that the consumer confidence index rose to 113.8 versus 108.0, expected by economists interviewed by Dow Jones Newswires. The index for the assessment of the current situation improved to 147.4 (last month: 144.3), while that for expectations rose to 91.3 (86.7).

The soaring US house prices have weakened slightly. In the 20 major metropolitan regions of the United States, prices rose by 19.7 per cent in August compared to the same month last year, according to the S&P/Case-Shiller index published in New York. Analysts had forecast an average increase of 20.0 per cent. Prices had risen to this extent in July. The year-on-year increase remains very high. But it is the first – albeit slight – decline in the annual rate since June 2020. Compared to the previous month, prices rose by 1.2 per cent in August. Analysts had forecast an increase of 1.5 per cent.