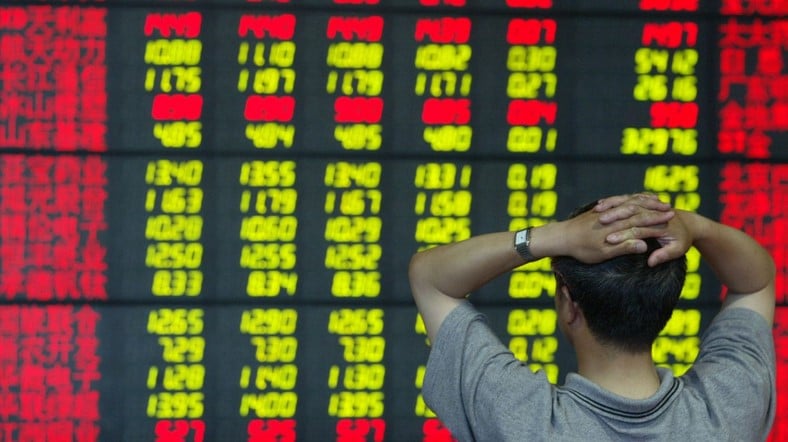 China continues to unsettle markets with statements about ever-tighter regulation of different sectors. After technology companies, in particular, have been in the government’s focus recently, investors are increasingly wondering which industry will fall out of favour with the Chinese government next. Uncertainty about the government’s further course of action accordingly led to another price slide on China’s stock exchanges today.

Investors are now eagerly awaiting the Fed meeting tomorrow, Wednesday evening. They are wondering when the Fed will start tightening monetary policy. The ultra-loose course of the central bank is increasingly being questioned because of strongly rising inflation and the economic upswing. The Fed will report on the outcome of its consultations at the July meeting on Wednesday.

Wall Street saw significant price losses on Tuesday, mainly caused by profit-taking. Although the Dow Jones was able to stem its losses late in the day, it still ended the day 0.24 per cent lower at 35,059.64 points. The NASDAQ Composite slipped more sharply, ending the day down 1.21 per cent at 14,660.58 index points.

While the sell-off in China’s stock markets weighed, investors held back ahead of the Fed’s monetary policy decision on Wednesday. Meanwhile, quarterly results from major American technology companies Apple, Microsoft and Alphabet were on the agenda in the evening. The previous day, US electric car manufacturer Tesla presented its figures for the past quarter.

Corona concerns continue to weigh on the Asian markets. On the previous day, new rumours about regulations, such as the Chinese real estate market, were heard, which unsettled traders. Most recently, technology companies were the main focus of the government’s attention. The current tension thus continued in Tuesday’s trading, where many Asian tech stocks remained under heavy selling pressure.

The European stock exchanges also saw a significant downward trend today. After a little changed start, the EuroSTOXX 50 fell back and ultimately lost 0.92 per cent to 4,064.83 index units.

In Frankfurt, the DAX had already started the session weaker and subsequently dug itself deeper into the loss zone. At times, it fell below the 15,500-unit mark, which it was able to regain in the course of the session. With a minus of 0.64 per cent, it went into the evening at 15,519.13 points. The TecDAX also started on red terrain and subsequently maintained its negative trend. At the end of trading, it fell by 0.57 per cent to 3,623.49 points.

The impetus was provided primarily by the start of the reporting season. Among the companies that recently presented their balance sheets were LVMH and Michelin.

Meanwhile, investors’ eyes were already on tomorrow’s monetary policy decision by the US Federal Reserve. In particular, the Fed’s assessment of the inflation situation is likely to influence traders’ sentiment.

The euro fluctuated around the 1.18 US dollar mark on the foreign exchange market in the run-up to the Fed meeting. In New York trading, the common currency was ultimately at 1.1819 US dollars.

The gloomy mood on the stock markets also weighed on oil prices on the commodity market. This is mainly due to the requirements from China, where the regulatory authorities are continuing to intervene in the financial markets, industries and individual companies. A barrel of North Sea Brent traded at 74.26 US dollars, 24 cents less than the previous day. The barrel price for West Texas Intermediate from the USA fell by 52 cents to 71.42 dollars.

According to the Ifo Institute for Economic Research survey, sentiment among German exporters has deteriorated slightly. The Ifo export expectations for industry fell to 24.5 points in July from a seasonally adjusted 25.0 points in June, the institute announced in Munich. “Overall, however, German exports are still doing very well,” the institute said. Nearly all sectors were expecting an increase in exports.

The German labour market remains stable. The labour market barometer of the Nuremberg Institute for Employment Research lost only a minimal 0.1 points in July compared to the previous month. It came to 107.1 points, as the institute announced on Tuesday.

New orders for durable goods in the US were weaker than expected in June. The US Department of Commerce reported that orders rose 0.8 per cent from the previous month. Economists surveyed by Dow Jones Newswires had expected a 2.0 per cent increase. However, the preliminary 2.3 per cent increase reported for May was revised to 3.2 per cent.

Contrary to expectations, the mood among US consumers brightened in July. The Conference Board announced that the consumer confidence index rose to 129.1, while economists surveyed by Dow Jones Newswires had expected a decline to 124.0. The previous month’s reading was revised to 128.9 from an initial 127.3.