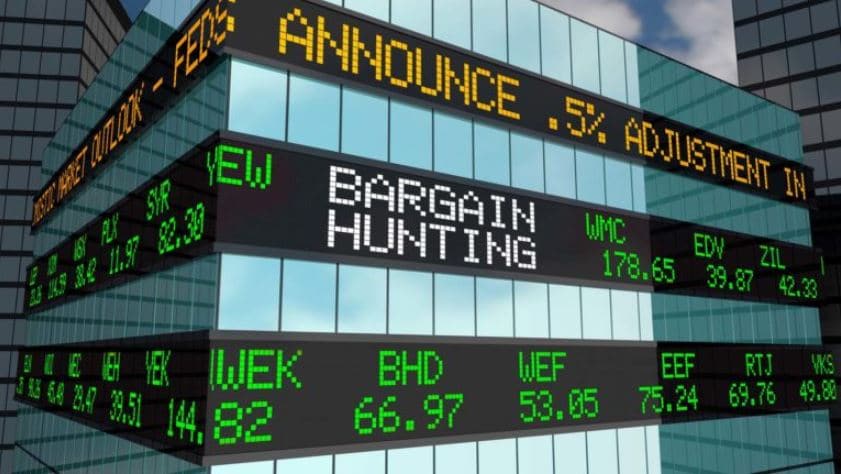 Bargain hunters are back

The consequences of the coronavirus are not yet foreseeable. However, after the price slump on Monday, equity investors are once again taking action, and the markets are able to recover some of their losses. But this does not appear to be a real trend reversal.

The fact that the coronavirus could harm the economy does not yet play a significant role in the stock markets, as China and the entire world are determined to prevent the virus from spreading. This fact is reflected above all in the price of gold. Although the price of the precious yellow metal rose to around $1,585 on Monday, it lost ground again today.

On Wall Street, investors returned to push the markets up again on Tuesday.

In Asia, the signs on the stock markets were again red. In Tokyo, for example, the Nikkei fell again by 0.55 per cent to 23,215.71 index points by the end of trading, following the strong losses the day before.

There was still no trading on the stock exchanges in mainland China due to the New Year celebrations, which were extended by a few days. Most recently, the Shanghai Composite had fallen by 2.75 per cent to 2,976.53 points on Thursday. Hong Kong also failed to trade on Tuesday. There was already only a shortened trade on Friday. The Hang Seng rose by 0.15 per cent to 27,949.64 index points.

In Shanghai, trading is expected to remain dormant for the entire week – in Hong Kong it should resume tomorrow. Concerns about adverse effects on economic growth continue to preoccupy investors in Japan, and led to small losses in Japan’s stock market on Tuesday. A short-term market correction was also inevitable, Kiwoom Securities commented in Seoul.

Europe’s stock markets gained on Tuesday after the previous slump. The EuroSTOXX 50 initially firmed a little on Tuesday morning, then fell back a little in the meantime, but was finally able to increase its gains significantly again. In the end, a plus of 1.13 per cent was recorded at 3,719.22 index points.

The German stock market also recovered on Tuesday from its losses of the previous day. Although the Dax 30 had opened trading higher, it has since relinquished all its gains. In afternoon trading, however, it was able to increase again, so that it finally closed 0.90 per cent stronger at 13,323.69 points. Also, the TecDAX ultimately gained ground. It ended the day 0.56 per cent higher at 3,151.57 units.

The euro exchange rate recovered somewhat in US trading on Tuesday and rose back above the USD 1.10 mark.

International sanctions and the dollar crisis in Lebanon are giving the economy in the civil war country of Syria a hard time. The Syrian Pound sank to a historic low, traders reported on Monday in the capital Damascus. One US dollar currently costs around 1015 Syrian pounds. By way of comparison, before the beginning of the civil war in March 2011, the dollar was about 50 Pounds.

Oil prices recovered a little from their recent losses on Tuesday. A barrel (159 litres) of North Sea Brent crude cost USD 59.78 most recently. The price of American WTI crude oil rose by 44 cents to USD 53.58.

On Monday, oil prices had at times fallen to their lowest level since October. Since the beginning of the year, the US oil price has fallen by around 13 per cent and the Brent price, by approximately ten per cent. The sharp drop in prices on the world market has recently also led to a decline in the cost of gasoline and heating oil.

The price of gold sank after robust economic data from the US. It had previously failed to break above the crucial $1,584 mark and ended the trading day at $1,568.

Most major cryptocurrencies, on the other hand, continued to appreciate. After a solid start into the week with gains across the board of the top ten digital assets, prices further increased on Tuesday. A Bitcoin currently costs $9,360, which is a plus of over 4.4 per cent. Ethereum recorded a gain of more than 3.2 per cent to $177 and XRP appreciated by 2.9 per cent to $0.2390.

Economic growth in Russia slowed down significantly last year. The gross domestic product (GDP) increased by only 1.4 per cent, according to the Ministry of Economics in Moscow on Tuesday. In 2018 the increase had still amounted to 2.5 per cent. Recently, however, there has been an economic revival. GDP growth accelerated in the final quarter of 2019 to 2.3 per cent from 1.7 per cent in the previous quarter. Details will be presented by the statistical office next week.

US consumers in buying mood

The Dow Jones is currently supported by the surprisingly strong increase in orders for durable goods. In December they rose by 2.4 per cent compared to the previous month, after a revised minus 3.1 per cent in the last month. Excluding the transport sector, however, there was a slight decline of 0.1 per cent. American consumers also remain in a buying mood. The corresponding barometer climbed to 131.6 points in January from 128.2 points in December.