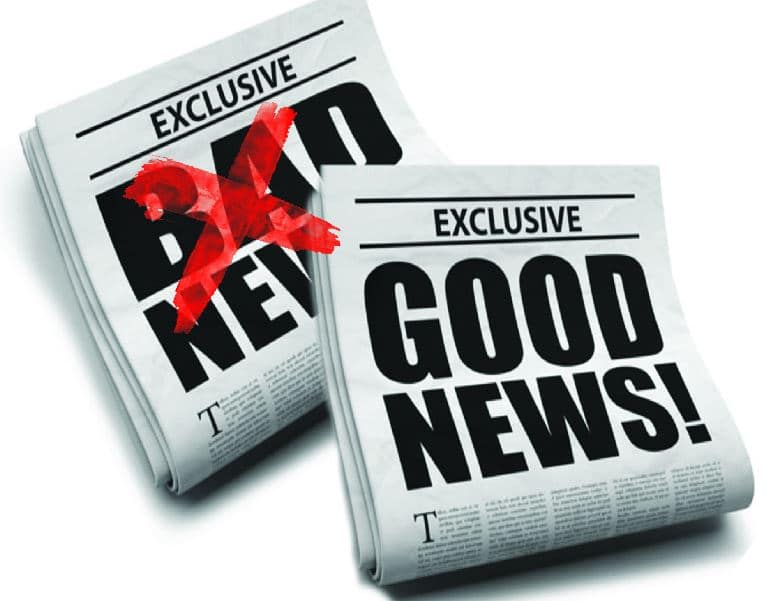 Despite the dim economic outlook, the announcement of further easing from the shutdown is encouraging many investors. On top of this comes the hope of more and more money injections from the government and the expectation of further supporting measures from the central banks in Europe and the USA, which are meeting this week for interest-deciding meetings. After the decent upswing at the beginning of the week, things continued to improve on Tuesday, at least on the European stock exchanges.

Although the EU Commission expects an economic slump of five to ten per cent in the European Union due to the Corona crisis, investors seem to be little itchy at the moment. More exact figures are to be presented at the beginning of May, Commission Vice-President Valdis Dombrovskis told the European Parliament’s economic committee on Monday.

The mood on the US stock markets turned on Tuesday. In the end, red omens dominated the picture. The US leading index Dow Jones 30 Industrial rose in early trading to a seven-week high but then gave back its gains quickly. In the end, it even slid into the red and closed at 24,100.65 points, down 0.14 per cent. The technology-heavy NASDAQ Composite selection index also suffered from the weak sentiment and dropped by 1.40 per cent to 8,607.73 points.

Tuesday was in the light of the balance sheet season – numerous US companies presented their balance sheets. Among them, Caterpillar and Harley-Davidson. At the same time, the coronavirus remained in focus: the prospect of easing supported stock market sentiment on the one hand, but concerns about the long-term effects remained. Meanwhile, the fact that US consumer sentiment in April fell to its lowest level since 2014 somewhat dampened investors’ buying mood.

Asia’s major stock markets did not move in the same direction on Tuesday after the recovery at the start of the week.

The European stock markets went up on Tuesday. The EuroSTOXX 50 recorded significant gains, and at the end of the day, the index was 1.73 per cent stronger at 2,932.06 points.

After a run-up to 10,897 points in the afternoon, Germany’s leading index, the Dax 30, ran out of steam and had to give up some of its daily gains. In the end, the leading index closed at 10,795 points, 1.27 per cent or 135 points higher than the previous day. The largest outlier downwards, with a minus of 26 per cent, was the Wirecard share. Today, the company had finally presented the results of a special audit of its balance sheets. However, analysts criticised KPMG’s audit report, saying that critical questions were still unresolved.

The reporting season remained the focus of investors in Europe. HSBC and Santander, among others, presented their results for the quarter before the market opened. Also Delivery Hero, Siltronic and KION opened their books.

On the foreign exchange market, attention is now focused on monetary policy decisions of major central banks. The two-day interest rate meeting of the US Federal Reserve has already begun. The results are expected on Wednesday evening. On Thursday the ECB will follow with its interest rate decision. Both central banks have already drastically eased their monetary policy during the crisis.

In light of this, the euro exchange rate has risen slightly on Tuesday. Traders cited good market sentiment as the main reason. The European Central Bank (ECB) set the reference rate at 1.0877 (Monday: 1.0852) dollars.

Oil prices recovered somewhat from the losses in early trading on Tuesday. The situation has not calmed down since the beginning of the massive turbulence in March. Experts continue to speak of chaotic conditions on the oil market. A barrel of North Sea Brent crude costs 34 cents more today than the day before, and thus 20.34 dollars. The oil price for the US grade WTI was 68 cents lower at 12.11 dollars per barrel. However, the price of WTI had previously fallen much more sharply to just over the 10 dollar mark.

The gold price was under heavy pressure at times today but was able almost wholly to make up for its initial sharp losses. At times the precious yellow metal slid down to $1,691 an ounce before a strong rebound started and finally brought the price back up to $1,705 an ounce.

Most of the major cryptocurrencies, including Bitcoin, Ethereum, Litecoin, Bitcoin Cash, EOS or Tezos, remained widely unchanged in today’s trading. The only exception was XRP, the digital asset utilised by the Fin-tech company Ripple. The value increased by almost 9 per cent to $0.2140. XRP was therefore finally able to break through the robust $0.20 resistance level and may further surprise many investors in short to mid-term with its utilisation growing stronger.

According to the Ifo Institute, the German labour market is also threatened with job cuts in the Corona crisis following short-time working. “The personnel departments of German companies are preparing for layoffs,” the Munich research institute summarised the results of a survey on Tuesday. The Ifo employment barometer, determined based on the survey, had fallen to a record low of 86.3 points in April, from 93.4 points in March. The decline in the index value was also the strongest ever recorded by the Ifo Institute.

Trade with the Best Forex Brokers that accept PayPal.

The second-largest US car manufacturer Ford expects deep red figures in the current quarter due to the Corona pandemic. Adjusted operating profit is likely to be in the red at more than five billion dollars, as car sales worldwide fell sharply, the company warned on Tuesday after the US stock market closed.

Ford Motor already had to cope with a net loss of 2.0 billion dollars (1.9 billion euros) in the last quarter. In the corresponding period last year, the company had still earned 1.1 billion dollars. Revenues fell by 15 per cent to 34.3 billion dollars. The pandemic severely impacted production and car sales.

Ford also announced that it had used existing credit lines with a volume of 15 billion dollars and issued bonds worth eight billion dollars to strengthen its liquidity reserves during the crisis. The annual report was not well received by the market, and the share price fell by more than six per cent in the post-trade.