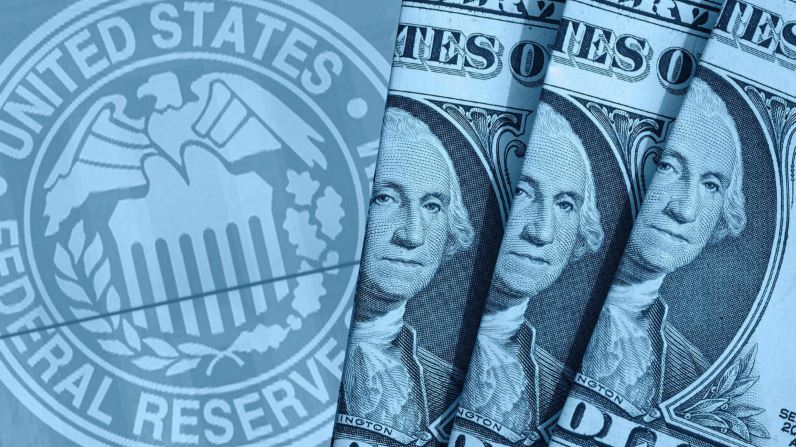 Stock market participants and traders remained cautious due to the many continuing uncertainties. Worries about a second wave of infection and the still delicate situation between the USA and China weighed heavily. Meanwhile, attention is gradually turning to the USA, where the Fed’s interest rate decision is due on Wednesday. Afterwards, Fed chair Jerome Powell will be in the spotlight once again, presenting the Fed’s road map.

Wall Street slid into the red during the day. The Dow Jones ended the trading day with a loss of 0.77 per cent at 26,379.56 points. The NASDAQ Composite technology index dropped even more sharply, slipping 1.27 per cent to 10,402.09 points.

Sentiment deteriorated again in the afternoon because US consumer confidence weakened even more in July than had been feared. It fell by 5.7 points to 92.6 points, after a revised 98.3 in the previous month. The consensus estimate had been 94.5 points.

The dispute over another corona aid package for the ailing US economy is also depressing the mood. The Republicans in the US Senate have presented an aid package worth one trillion US dollars. But the proposal met with immediate criticism from the opposition Democrats and even some Republicans. Time is short because on Friday the special federal unemployment assistance will expire.

For investors on Tuesday, there were also several other factors to keep an eye on: the next monetary policy decision by the US Federal Reserve, which is due on Wednesday, the development of the corona-infected figures, and economic data presented by companies for the past quarter. Before the Wall Street open, 3M, Pfizer, Raytheon Technologies, McDonald’s and Harley-Davidson have already opened their books.

The largest stock exchanges in Asia traded unevenly on Tuesday. In Tokyo, the Nikkei ultimately lost 0.26 per cent to 22,657.38 points.

Among other things, investors focused on the new record high in the price of gold: The daily high of over $1,981 per troy ounce made the all-time high from the previous day, which was exceeded by almost $40, look cheap. The two-year low in the US dollar provided a tailwind.

Europe’s most important stock exchanges remained mostly unchanged today. It seems that investors are keeping their feet still for the time being before the Fed’s interest rate decision tomorrow. The eurozone leading index EuroStoxx 50 hardly moved at all, with a marginal plus of 0.02 per cent to 3303.56 points. The Paris Cac 40 fell slightly, while the London FTSE 100 rose moderately.

On the foreign exchange market, the exchange rate of the euro has weakened somewhat after the high of the past few days. At the close of trading at the Frankfurt stock exchange, the euro was trading at 1.1716 US dollars. During the night, it was still briefly quoted at $1.1774. One of the big winners in Forex was the British sterling which gained almost 800 pips on the daily to currently $1.29455.

Oil prices fell slightly on Tuesday. In general, however, prices remained stable, and the barrel of Brent crude fell by 28 cents to 43.13 US dollars. The American grade West Texas Intermediate (WTI) fell somewhat more strongly at 64 cents to currently $40.96.

The two precious metals gold and silver went on a wild ride today. After shooting up to over $1,980, marking yet another new all-time-high, gold buyers took profits which then led to heavy technical selling pressure, sending the price of gold as low as $1,909 within only an hour. Similarly, the silver price saw a sell-off from a high of $26 to as low as $22.20. Both precious metals were able to rebound to $1,960 and $24.20, respectively, later when dip-buyers caught the falling knife eventually.

The renewed interest in cryptocurrencies also continues further with Bitcoin increasing by 0.8 per cent and crossing $11,000. Ethereum was also able to post daily gains again rising 1.1 per cent to $321. The biggest winner was XRP though with a massive 8.8 per cent gain to now $0.2405. The digital asset, mainly utilized by the San Francisco based Fintech company Ripple, is attracting a lot of intention around the globe and looks set for further price gains.

The reopening of many branches at McDonald’s has not led to the hoped-for rush of visitors. The figures for the second quarter did not meet market expectations. Quarterly profits slumped by 68 per cent to 484 million dollars compared to the previous year. Sales shrank by a good 30 per cent to 3.8 billion dollars and like-for-like sales in stores worldwide by around 24 per cent. Analysts had expected more profit and less decline in sales. The stock reacted before the stock exchange with significant price losses.

After record growth in the corona crisis, the online food supplier Delivery Hero is raising its forecast for the year. The company now expects sales of between 2.6 and 2.8 billion euros. Previously, Delivery Hero had forecast between 2.4 and 2.6 billion euros. Orders in the second quarter have doubled to 281 million. The company, which is considered a Dax ascension candidate, also plans to deliver food in Japan in the third quarter.

Fed extends corona loan programmes until the end of the year

The US Federal Reserve has extended most of its emergency credit programs launched during the Corona pandemic by three months until the end of the year.

The decision is intended to assure participants that they will continue to be available, according to a statement published in Washington on Tuesday. The economy, which continues to suffer from the pandemic, is to be helped in this way. The emergency credit programs have been accepted somewhat hesitantly so far.

The extension applies to seven of the nine programmes that have been launched. The programme for local authorities was in place from the beginning until the end of the year. The Commercial Paper Programme will run until 17 March 2021, and the statement was published before the start of the Fed’s two-day interest rate meeting.