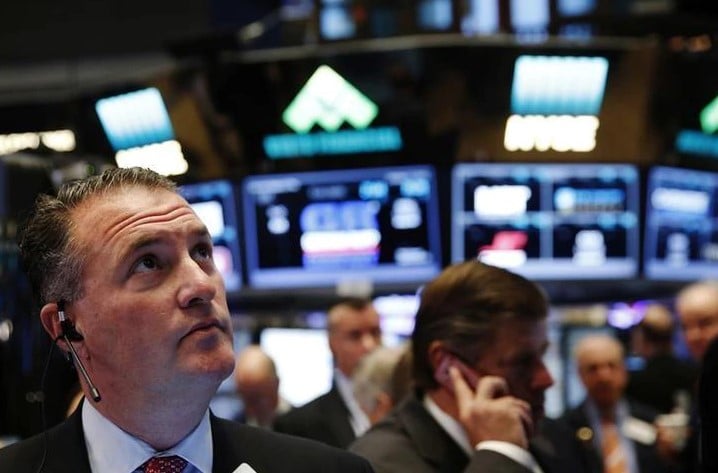 Inflation worries, a possible rise in interest rates, and the threat of a shutdown in the USA caused Wall Street to wobble today. Other markets also became more uncomfortable.

A cocktail of inflation fears, fears of monetary tightening by the US Federal Reserve and pronounced weakness in technology stocks dampened investors’ spirits on stock markets around the world today. Fears of a possible shutdown also hit Wall Street due to the budget dispute. Fed Chairman Jerome Powell and Treasury Secretary Janet Yellen warned at a Senate hearing that a US default due to a failure to raise the debt ceiling would have catastrophic consequences.

Investors also divested themselves of US government bonds today, causing the yield on the benchmark ten-year US bond to rise in the meantime to a three-and-a-half-month high of plus 1.558 per cent. Bonds are thus once again becoming a competitor for equities.

The US leading index Dow Jones opened somewhat weaker, digging itself deeper and deeper into the red. In the end, the index was down 1.63 per cent to 34,299.99 points. The NASDAQ Composite was already more clearly in the red at the start and also extended its losses. It finally ended the session 2.83 per cent lower at 14,546.68 units.

Rising bond yields weighed on the US equity markets again. For the sixth consecutive session, US ten-year bonds have now increased. Most recently, they reached their highest level in about three months. The reason is the prospect of tighter monetary policy from the US Federal Reserve and beyond.

The most important Asian markets once again failed to find a common direction. In Japan, the Nikkei index fell by 0.19 per cent to 30,183.96 points by the closing bell. On the Chinese mainland, however, the Shanghai Composite closed with a gain of 0.54 per cent at 3,602.22 points, while the Hang Seng ended 1.20 per cent higher at 24,500.39 points in Hong Kong.

In addition to some negative cues from the US stock markets, concerns in Asia were added over an energy crisis and the looming default of real estate giant Evergrande. However, investors hoped that a collapse of the group could still be averted. The Chinese central bank (PBoC) had assured investors on its website on Monday that the rights of property buyers would be guaranteed, Reuters reported.

In Japan, investors were also holding back because of Wednesday’s internal party vote on Prime Minister Yoshihide Suga’s successor at the head of the ruling LDP party – and thus also as head of government.

The European stock markets followed Wall Street and dropped significantly. The EuroSTOXX 50 ultimately left the trading day with a hefty minus of 2.56 per cent at 4,058.82 points.

The DAX opened trading in Frankfurt moderately lower and ultimately closed with a minus of 2.09 per cent at 15,248.56 points. The TecDAX also started somewhat weaker and lost 2.9 per cent to 3,733.59 points.

According to market observers, the outcome of the Bundestag elections hardly played a role in the market. Instead, the focus was once again on China and the Evergrande crisis. Rising energy prices and the panic of the British at the petrol pumps also weighed on the stock market.

On Tuesday, experts also saw a wait-and-see attitude on Europe’s stock markets, with risk appetite steadily declining. On the one hand, this was due to growing inflation concerns among investors, and on the other hand, oil prices and bond interest rates continued to rise.

Parallel to the share prices, the euro has also weakened and has fallen below the 1.17 dollar mark. In the afternoon, the common European currency reached a low of 1.1671 dollars, its lowest level in over a month. The main reason for the development of the foreign exchange market is the different interest rate development in the USA and the eurozone.

Oil prices came under pressure today after renewed initial gains due to poor sentiment in the market—a barrel of Brent oil cost 78.70 US dollars, 83 cents less than the previous day. Earlier, the Brent price had temporarily risen above the 80 dollar mark for the first time in about three years. West Texas Intermediate fell by 67 cents to 74.78 dollars.

The gold price took a further hit, at times falling below $1,730 and finally closing at $1,733 per troy ounce.

The Ifo Employment Barometer for Germany rose to 104.3 points in September from 103.6 in August. This is the highest value since October 2018. “German companies are hiring more and more new employees,” the Ifo Institute announced. “Progressive openings in many sectors are ensuring a steady rise in employment.”

Profit growth at Chinese industrial companies weakened in August for the sixth month in a row due to higher commodity prices, corona related issues and shortages of key inputs. According to data released by the Beijing statistics bureau on Tuesday, surpluses rose by only 10.1 per cent year-on-year to 680.3 billion yuan (90 billion euros). In July, the increase was 16.4 per cent.

Consumer sentiment in Germany is brightening again, according to the analysis of the GfK consumer researchers. Contrary to economists’ expectations, their consumer climate indicator rose to 0.3 points in October from a revised minus 1.1 in the previous month. Economists surveyed by Dow Jones Newswires, on the other hand, had expected a decline to minus 1.9 points. However, according to GfK, the consumer climate reached its highest level in almost one and a half years. The last time a better value was measured was in April 2020, with 2.3 points.

The US consumer sentiment weakened in September. As reported by the Conference Board research institute, the US consumer confidence index fell to 109.3. Economists interviewed by Dow Jones Newswires had expected a reading of 114.9. The index for assessing the current situation declined to 143.4 from 148.9, while the index for expectations fell to 86.6 from 92.8.

There seems to be no end to the rise in US house prices. According to the S&P/Case-Shiller index published in New York, prices in the 20 major metropolitan areas of the United States rose by 19.9 per cent in July compared to the same month in 2020, according to the S&P/Case-Shiller index published in New York on Tuesday. Analysts had expected an average increase of 20.0 per cent. In June, the growth had been 19.1 per cent. Once again, real estate prices rose at a record pace, said Craig Lazzara, director in charge of Standard & Poor’s indicator. At the national level, the increase in prices continued. At the national level, price increases strengthened for the fourteenth month in a row.