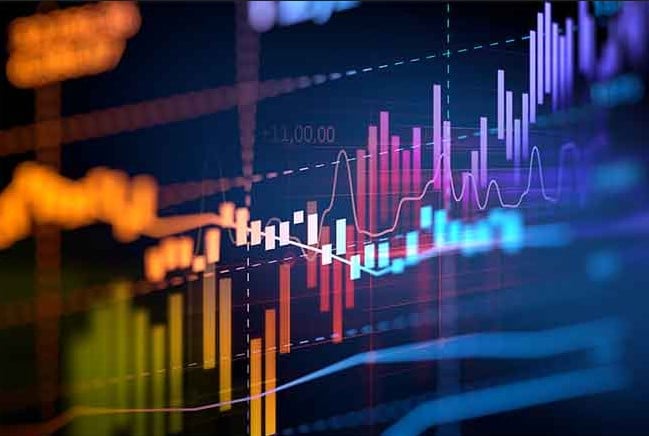 The DAX passed the 15,000 marks for the first time, continuing its recent record chase. Cyclical stocks, in particular, are currently in demand, of which there are plenty in the DAX. On the other hand, things looked different on Wall Street, as yields on government bonds rose sharply again in the USA, which again fuelled inflation fears.

Not only shares experienced enormous headwinds today, but also precious metals came under heavy pressure and posted massive losses. On the other hand, investors in digital currencies continue to ring in their coffers. Prices for many of the top 100 cryptocurrencies continued to rise today. The overall market capitalisation rose to over 1.87 trillion US dollars, and the altcoin market even posted a new all-time high, which is a bullish signal from the point of view of market strategists and technical analysis.

The financial market also absorbed the difficulties of the hedge fund Archegos Capital surprisingly quickly. Its problems had weighed heavily on the entire banking sector yesterday. Now it looks as if “only” the directly involved counterparts Credit Suisse and Nomura are involved, so a systemic risk for the financial industry is not likely. Deutsche Bank shares recovered from yesterday’s losses and rose with the local market.

The Dow Jones started the trading session weaker and maintained its negative trend until it closed with a loss of 0.30 per cent at 33,071.07 points. The tech index NASDAQ Composite also remained in the red territory after an already lower start. In the end, it narrowed its losses but still fell by 0.11 per cent to 13,045.39 units. The broader S&P 500 index fell 0.3 per cent to 3,958 points.

The renewed rise in yields for government bonds had a braking effect. After an economic recovery after the pandemic became apparent, investors parted with supposedly safe investments such as government bonds. As a result, yields jumped. Another negative factor was the concern that the US Federal Reserve would raise interest rates next year, even though, according to the central bank, this would only happen when the employment situation had improved, and inflation had been above the 2 per cent limit for some time.

All major Asian indices, on the other hand, posted gains. Japan’s benchmark Nikkei index was ultimately 0.16 per cent higher at 29,432.70 points. Meanwhile, on the Chinese mainland, the Shanghai Composite gained 0.62 per cent to 3,456.68 points. Hong Kong’s leading index Hang Seng climbed 0.84 per cent to 28,577.50 points by the close of trading.

Asia’s stock markets well absorbed the problems of the US hedge fund Archegos Capital on Tuesday. Rising bond yields in the US also did nothing to dampen the good mood. Meanwhile, US President Joe Biden promised vaccines for 90 per cent of the adult population in April. The sentiment was also lifted by the release of the container ship “Ever Given” in the Suez Canal.

European markets continued their advance today. The EuroSTOXX 50 climbed 1.17 per cent to 3,928.30 points.

Tailwind for the European markets came, ironically, mainly from the USA, where considerable progress has been made in vaccinating against the coronavirus. By 19 April, 90 per cent of adults in the USA are to be vaccinated, US President Joe Biden announced. News that is still nowhere in sight in this country.

The Suez Canal, which is once again passable, continued to create a positive mood. However, details on US President Joe Biden’s infrastructure plans were eagerly awaited – these are to be published on Wednesday. A strong US labour market report is also expected on Friday.

The euro’s weakness on the foreign exchange market continued on Tuesday. Along with many other currencies, the euro is under pressure primarily due to the appreciating US dollar. The greenback is currently benefiting from favourable growth prospects, accompanied by inflation concerns and rising yields on the US bond market. At its low, the euro cost 1.1712 US dollars, the lowest since the beginning of November.

Oil prices continued their unsteady course and fell today. The appreciation of the US dollar mainly burdened crude oil prices. A barrel of North Sea Brent crude traded 91 cents lower than the previous day at 64.01 US dollars. A barrel of WTI oil from the USA fell by 1.08 dollars to 60.48 US dollars.

The gold price fell sharply below the formerly support level at $1,700 and was trading at only $1,684 at NY trading close. Silver also recorded a heavy drop and was sold for just $23.95 at the end of the day.

Cryptocurrencies are being embraced by more and more individuals and corporates, boosting the overall market cap to now $1.87 trillion. Bitcoin and Ethereum appreciated by 1.6 per cent to $58,600 and $1,841, respectively, while some altcoins posted much more substantial gains. Binance Coin, for example, increased by over 12 per cent to $309, while Filecoin, now ranking as the new number 14 behind Bitcoin Cash, rose by 17 per cent to $150. The ambitious digital asset has thus appreciated by more than 80 per cent in the past seven days.

Import prices in Germany rose much more than expected in February. As announced by the Federal Statistical Office, the index of import prices increased by 1.7 per cent compared to the previous month. Economists surveyed by Dow Jones Newswires had forecast an increase of only 1.0 per cent. A year-on-year price increase of 1.4 per cent was registered. Economists surveyed had expected a rise of only 0.7 per cent. Import prices for intermediate goods mainly influenced the increase in import prices over the year. Prices for imported intermediate goods rose by 4.0 per cent in February compared to the same month last year. The development of import prices is an indication of German inflation, while export prices allow conclusions to be drawn about the German economy’s global competitiveness.

The ifo Employment Barometer in Germany rose noticeably in March. The indicator climbed to 97.6 points after 94.5 in February. This is the highest value since February 2020. “The labour market is starting to recover, despite the lockdown,” the Ifo Institute explained. “German companies are increasingly looking to hire new staff.”

Economic sentiment in the eurozone improved surprisingly strongly in March. For the first time since the start of the corona crisis, the indicator is slightly above its long-term average. The composite economic sentiment index presented by the European Commission rose to 101.1 points from 93.4 in the previous month. Economists had only expected the index to rise to 96.0 points.

Sentiment among consumers in the USA brightened unexpectedly in March. The Conference Board reported that the overall consumer confidence index rose to 109.7, the highest level since the COVID-19 outbreak. Economists had expected a reading of only 96.8.