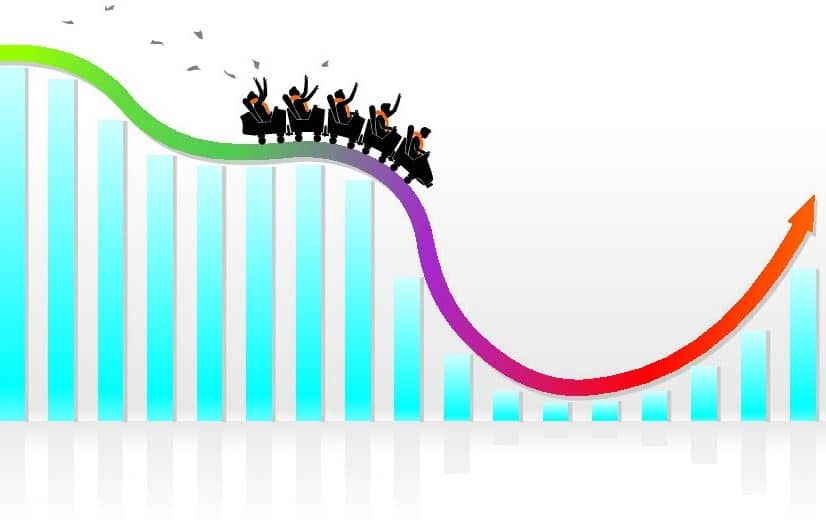 What a first half-year 2020! First, the world markets plunged before they could recover in the 2nd quarter and rose almost as rapidly.

Here in Germany, for example, the Dax 30 plummeted dramatically before recovering almost as strongly, and on Tuesday the leading German index crowned a robust second quarter. From April to the end of June, the Dax gained a good 17 per cent and made up a large part of the losses from the corona crash. At 12,310 points, the leading German index is now back at the level of the end of February. In the first half of the year 2020, the Dax lost 7.1 per cent. Things went even better for the TecDax. It has long since endured the corona crash and has only just been in the red since the beginning of the year.

Wall Street also experienced a historic second quarter recording the strongest quarter in almost 22 years. The Dow Jones Industrial has gained 17 per cent since the beginning of April.

But how much further does the recovery rally go? Robust economic data from China and also from the US continue to lift the mood.

After the US markets had entered the new week in a positive mood, Tuesday saw some restraint before the bulls took over. Losses at index heavyweight Boeing, which is struggling with order cancellations, had a negative impact. Also, concerns remain about further developments regarding the coronavirus pandemic.

Investors also focused on the hearings of Federal Reserve Chairman Jerome Powell and Secretary of the Treasury Steven Mnuchin before the Financial Services Committee of the US House of Representatives on government corona relief measures.

Signs of further recovery in the Chinese industry drove Asian stock markets on Tuesday. In China, for example, the situation of large, state-controlled industrial groups surprisingly improved somewhat in June. This fed investors’ hopes of recovery of the global economy from the corona shock after their sentiment had recently oscillated between such hopes and fears of a new corona wave.

Europe’s markets also recorded further gains on Tuesday, albeit only slight ones in some cases. The EuroSTOXX 50 closed a marginal 0.06 per cent up at 3,234.07 index units.

Things looked better for the German Dax 30. By the end of trading, it had gained 0.64 per cent to 12,310.93 points. The TecDAX showed little movement in early trading, but then rose and was able to further increase its gains over the day. It ended trading 1.92 per cent stronger at 2,953.65 points.

Optimism in the wake of better than expected economic data from China temporarily boosted the buying mood of some investors.

The US dollar was once again able to hold its ground in the Forex market today. After the greenback benefited from solid data from the housing market on Monday, today was added by continued investor caution due to the tight corona situation, especially in the US and South America. As a result, the dollar was in demand as a global reserve currency. Meanwhile, the euro fell below the $1.12 level.

The prospect of a renewed increase in exports from the civil-war torn country Libya added to the price of oil. North Sea Brent fell by 1.1 per cent to $41.18 per barrel. The state oil company NOC expects the export blockade by militias in eastern Libya to be lifted after international negotiations. The price of the American variety West Texas Intermediate (WTI) stagnated at 39.70 US dollars per barrel.

Gold continues to hold on to its successful course and is again trading above $1,780 today. At the end of trading, the price is valued at $1,782 per troy ounce.

Cryptocurrencies gained some ground today, but the Bitcoin price remained unchanged at $9,150. Ethereum and XRP increased by a marginal 0.1 per cent to $228 and $0.1780 respectively.

Initially, the eyes were directed towards Asia. Japan’s industrial output fell sharply in May due to the corona pandemic. Output was down 8.4 per cent on the previous month, according to the government based on preliminary data. The decline was thus higher than experts had expected. In April, industrial production in the world’s third-largest economy shrank by a revised 9.8 per cent in the face of the global corona pandemic. However, the government expects a recovery in June and July.

China reported the purchasing managers’ index for the manufacturing and service sectors. In the Middle Kingdom, the situation of large and state-controlled industrial groups surprisingly improved somewhat in June.

The mood among US consumers brightened in June. According to the research institute Conference Board, the consumer confidence index rose to 98.1, while economists surveyed by Dow Jones Newswires had expected a level of 91.0. The previous month’s value was revised downwards to 85.9 from 86.6. The index for the assessment of the current situation improved to 86.2 (last month: 68.4), while that for expectations rose to 106.0 (97.6). US consumers play a crucial role in the US economy because around 70 per cent of GDP depends on private consumption. A total of 5,000 households were surveyed as part of the Conference Board survey.

The rescue plan for the Scandinavian airline SAS in the Corona crisis is in place. In return for the financial injection of around twelve billion Swedish kroner (the equivalent of 1.1 billion euros), however, the company must significantly reduce its operating costs and cut 5,000 jobs over the next few years, it said. Much of the money will come from the two largest shareholders, the governments of Sweden and Denmark. The third-largest shareholder, the Knut and Alice Wallenberg Foundation is also supporting the rescue.