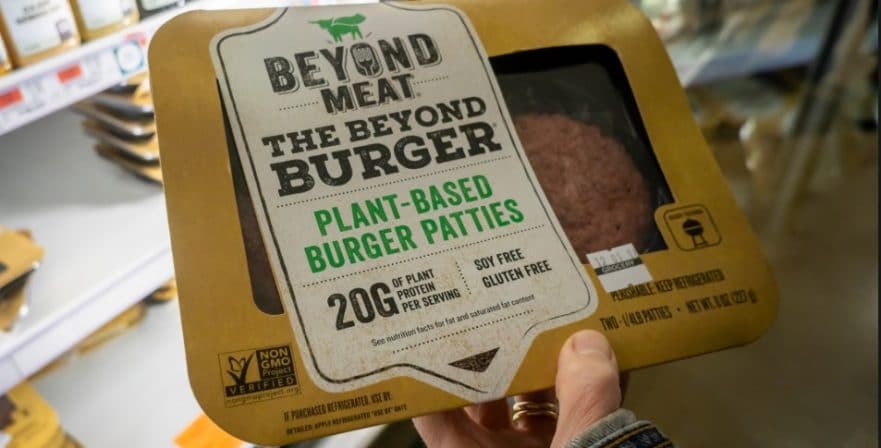 Before the Fed’s interest rate decision tomorrow evening, the markets are not moving much today. As a precaution, the Dax tends to be a little weaker.

During the first half-hour of trading, the Dax lost around 0.4 per cent to 12,365 points. The Tokyo Stock Exchange closed on Tuesday 0.4 per cent firmer at 21,709 points. On the currency market, the euro is rising in the direction of 1.1150 US dollars.

No clear direction in America

Two days before the Fed’s interest rate decision, investors on Wall Street on the Nasdaq technology exchange took profits for the most part. While the Dow Jones Index rose slightly to 27,221 points, the S&P 500 fell by 0.2 per cent to 3,021 points. The Nasdaq Composite Index lost 0.4 per cent to 8,293 points.

The central bankers are likely to face the first easing of their monetary policy in just over ten years. Experts expect the Fed to cut its key interest rate band by 0.25 percentage points to 2.0 to 2.25 per cent this Wednesday. An even greater reduction is considered conceivable, but unlikely. If the positioning of market participants is taken as a basis, the probability of such a major step is estimated at around 26 percent.

According to a survey conducted by GfK’s consumer researchers in July, the buying mood of German citizens fell for the third time in a row and to its lowest level for more than two years. “The global economic slowdown, the trade conflict and Brexit discussions are apparently unsettling consumers more and more,” the market research company GfK announced in Nuremberg on Tuesday. Following a sharp slump in the mood in industry, there are also indications of weakness in consumption, which has so far proved to be a reliable pillar of the German economy. For August, the GfK researchers forecast a consumer climate of 9.7 points after 9.8 points.

In the airline market – as in the sky – things are getting tighter and tighter. The Dax company’s quarterly figures reflect the ruinous competition that its rivals are facing. No improvement is in sight for the time being. The Lufthansa share goes into a spin.

In the morning, the Kranich share fell by up to seven per cent to its lowest level in two years. The discount battle with airline tickets is likely to continue in the remainder of 2019, a Lufthansa spokesman summed up in the morning after the announcement of the business figures for the second quarter. In particular, the price war with low-cost airlines in the European business has put a bullet in the group’s results. Especially in Germany and Austria, competition with the expanding low-cost airlines is fierce. According to Lufthansa CFO Ulrik Svensson, there are also “high overcapacities” in the market.

The airline was even able to increase its revenues by four per cent to 9.6 billion euros. However, the earnings yield clearly shows the traces of price dumping in recent months. The company earned EUR 754 million before taxes and interest (EBIT), around a quarter less than in the same period of the previous year. In addition to the tough competitive situation, “normal” effects such as higher kerosene prices and engine overhauls also played a role. Due to an already announced tax provision, the surplus even dropped by 70 per cent to 226 million euros.

Management has maintained its lowered forecast for the current full year since the profit warning six weeks ago: the EBIT margin is expected to be between 5.5 and 6.5 per cent, a decline of 14 to 28.5 per cent compared with 2018.

The low-cost subsidiary Eurowings suffered the most severe losses on the earnings side in the past quarter. It posted a loss of 273 million euros in the quarter, significantly more than in the previous year. In addition to very favourable ticket prices, the integration of the business units taken over by Lufthansa from the bankrupt Air Berlin in 2017 also had a negative impact. Eurowings is now imposing an austerity programme, but no redundancies are to be made.

Like the entire airline industry, the Lufthansa share had already had to leave its mark on the share price in recent months. Over the past three months, the stock has lost around 35 per cent of its value, and there could be further losses today. The confirmation of the forecast for the year should, however, stabilise the stock somewhat.

Fresenius and FMC with light and shadow

The Fresenius health care group exceeded its sales and earnings expectations in the second quarter and raised its targets for the rest of the year. From April to June, sales increased by eight per cent to 8.8 billion euros. Adjusted for currency effects, the increase was six per cent. Adjusted for non-recurring effects, operating earnings were EUR 1.12 billion, five per cent below the prior-year figure. At 471 million euros, the bottom line was one per cent more than before. In view of the positive results in the second quarter, the Group is now more confident about the year as a whole. Sales are now expected to rise by four to seven per cent in 2019, compared with the previous target of three to six per cent. As before, no changes are expected in the consolidated result compared to last year.

The dialysis specialist Fresenius Medical Care (FMC) almost met its revenue expectations in the second quarter, thanks in part to strong business with home dialysis products, but had to cut profits again. From April to June, revenues increased by three per cent year-on-year to 4.35 billion euros. Under its own steam, the increase amounted to four per cent, including special effects – such as the contribution of the recently acquired US group NxStage – it even amounted to eight per cent.

Strong comparative figures from the previous year caused the operating result to decline by 63 per cent to 521 million euros. During the last year, FMC had received profits from sales in the area of supply management. The bottom line was that profit fell by three quarters to 254 million euros. Experts had expected a slightly better result.

The food delivery service Delivery Hero more than doubled its sales in the second quarter. Revenues jumped 104 per cent to 314.6 million euros. Delivery Hero excludes the sale of the Foodora brand business in Australia and Europe as well as the German delivery services. CEO Niklas Östberg explained the strong growth in the improved range of services. “After a strong start to the business in Q3, we are very optimistic about achieving our ambitious annual targets,” the manager added.

In the takeover dispute, the Metro major shareholders Beisheim and
Meridian together against the offer of Czech billionaire Daniel Kretinsky. The shareholders, who together hold around 20.55 per cent of Metro stock, want to bundle their voting righInvestors waiting
Before the Fed’s interest rate decision tomorrow evening, there is not much left on the German stock market. As a precaution, the Dax tends to be a little weaker.

Beyond Meat: Is the vegan burger bubble bursting now?

Meatless burgers made from pea puree – this is how Beyond Meat has triggered a big hype in America as well as in Germany. The vegan burgers, which fit so perfectly into the Fridays-for-Future lifestyle, also delighted investors – until yesterday.

The Beyond-Meat share plummeted by around 13 per cent in post-trading trading. The Californian company had previously presented its figures for the second quarter. According to this, sales shot up by a whopping 287 per cent year-on-year to 67.3 million dollars.

Although the loss rose by over a quarter to 9.4 million dollars but compared to other US start-ups, it’s a piece of cake. Earnings before interest, taxes, depreciation and amortisation, adjusted for special effects, were already in the black – to the great surprise of the analysts.

In other words, the outstanding quarterly figures are unlikely to have been the reason why the share fell so sharply on the knees after trading. This would be difficult to justify even with “profit-taking” after the previous rally.

The price slump is more likely to have something to do with a statement by Ethan Brown. The company boss announced a capital increase late on Monday evening. Only three months after the IPO, Beyond Meat intends to sell more than three million new shares.

As a result, the company’s earnings will in future be distributed over more shares – earnings per share will thus be significantly “diluted”.

But what pisses off investors mainly: Some of the new shares were issued by Brown and his CFO Mark Nelson. The two insiders obviously want to cash in and sell 100,000 pieces together.

Does core management no longer believe in the Beyond Meat success story? Is yesterday’s fall just the beginning of a major trend reversal? Is the vegan burger bubble bursting now?

The fact is that the latest hype about Beyond Meat made even financial market professionals pale. No other company has made such a good stock market start in the past 19 years as Beyond Meat. On the first trading day in May, the share price shot up by 163 per cent.

But also in the following days and weeks, the bubble continued to inflate. Since the IPO in May, when the issue price was 25 dollars, the Beyond Meat share had peaked almost tenfold at 239.71 dollars.

The rush of vegan bratlings

But the story of the vegan burger producer from California simply fitted in too well with this time when many people are reconsidering their eating habits, and the total or partial renunciation of meat is enjoying great popularity.

When the Beyond Meat Bratlings, previously only available at Metro wholesalers, went on sale at discount store Lidl in May, they were quickly sold out in Germany.

But now the first cracks in the success story become visible: critics complain that Beyond Meat’s meat alternatives are highly processed industrial foods. This is regarded as frowned upon from an ecological point of view.

Industry experts also point to the growing competition. Rival Impossible Foods has recently bagged a partnership with Burger King. Food giants like Nestlé also enter the market with their meatless burgers and sausages.

The fact that two insiders of all people want to part with their shares in these times is not a good sign. No question about it, the veggie hype continues. But the hype surrounding Beyond Meat could now have reached a (first) climax.

In the second quarter, the oil company BP surprised the market with a higher than expected result. Adjusted profit remained stable at $2.8 billion, as BP announced in London on Tuesday. Experts, on the other hand, had expected a decline on average.

Sony is booming thanks to image sensors

The strong demand for image sensors is driving the business of the Japanese electronics group Sony. Net income rose 18.4 per cent to 230.9 billion yen (equivalent to 1.9 billion euros) in the first quarter of fiscal 2019/20. Analysts had only expected an average profit of 173.6 billion yen.ts and thus better assert their interests as Metro stockholders. Metro stated that it had taken note of the communication.