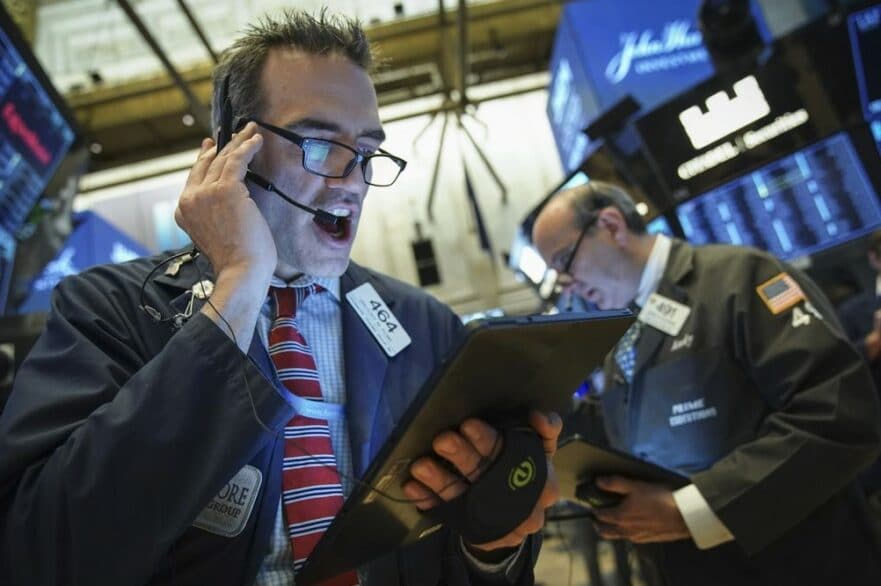 Back Down it goes

Statistically, November is one of the good stock market months. But in the grey “corona autumn”, everything is different this time. Due to the fear of new economic setbacks, the stock market month of November ended deeply in the red.

Time will tell whether the whole thing is true or can be filed away under the category of FUD.

Today, at least, these reports were enough to take the guts out of numerous investors. In addition, statements by the head of the US Federal Reserve before a Congressional committee accelerated the slide. Fed Chairman Jerome Powell admitted that inflation in the US might not be temporary. At the same time, Powell assured that the Fed would use its tools to cool prices. A reduction in bond purchases could therefore be considered sooner than decided. This could also bring an interest rate turnaround closer.

The illusion that Powell could calm the markets proved to be a fallacy. Some stock market players were already speculating that the central banks would soon abandon their recent tendency to tighten monetary policy should the pandemic once again put the brakes on economic growth.

Risk avoidance was also the order of the day on the US stock market. After the initial recovery on Monday from Friday’s Omikron scare, concerns about a new virus variant that may not be controllable at first dominated again on Tuesday.

In addition, US Federal Reserve Chairman Jerome Powell stressed in a speech that inflation should no longer be seen as a temporary phenomenon. The risk of a higher inflation rate has increased.

After a brief rally in early trading, stock markets in Asia mostly reversed course and fell into negative territory.

Economic data from China did not move the markets much: Sentiment in the Chinese industry rose more than expected in November. The sub-index for production in particular increased significantly. However, the situation in the service sector clouded over in November.

The European stock exchanges were clearly in the red. After a weak start, the EuroSTOXX 50 remained in the red and ultimately went into the evening with a discount of 1.13 per cent to 4,063.06 units.

After the stabilisation tendencies on the previous day, selling pressure followed again on Tuesday. Investors acted increasingly cautiously due to growing concerns about the new corona variant. At the same time, US President Joe Biden said on Monday that Omikron was “no reason to panic”, the statement of the Moderna CEO caused fears to grow again.

The euro experienced a wild rollercoaster ride on the Forex market today. At first, it rose strongly to over 1.13 dollars, and then it dropped to 1.1236 dollars until it held its ground again above the 1.13 dollar mark in the evening. Fed Chairman Jerome Powell’s statements gave the greenback a temporary boost.

The warning by the vaccine manufacturer Moderna of the possible lower effectiveness of the previous vaccines against the Omikron variant also spooked commodity investors. Oil prices fell sharply today, continuing their rapid slide from Friday. The North Sea Brent crude price slumped almost four per cent to 70.83 dollars a barrel, while WTI fell even more sharply to 65.53 US dollars.

The Turkish lira’s slide accelerated again on Tuesday evening. Turkish President Recep Tayyip Erdogan once again caused discontent among investors and thus further outflows from the currency. In an interview with the TV channel TRT, he promised lower interest rates until the elections were planned for 2023. He also said he was no longer interested in attracting short-term investments to the country with higher key interest rates. The lira fell to record lows against the US dollar and the euro.

In return, the dollar rose to just under 14 lira, and the euro climbed close to 16 lira. By way of comparison: at the beginning of the week, one euro had to pay 14 liras at times; in mid-November, it was 12 liras. Only recently, the Turkish central bank lowered the key interest rate to 15 per cent – contrary to the common practice of countering high inflation by raising the key interest rate. The inflation rate is currently around 20 per cent. In this environment, foreign entrepreneurs tend to shy away from investing in the country, putting additional pressure on the economy.