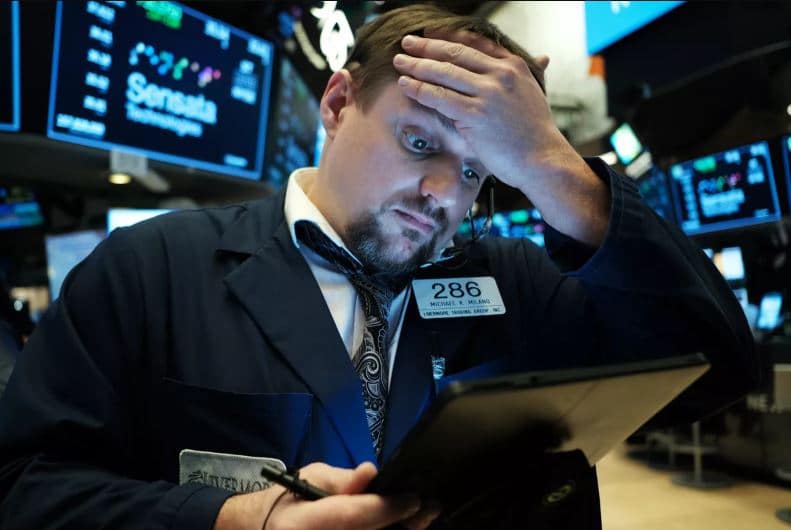 Down it goes again

The stock markets are back in downswing mode. Given the increasingly negative forecasts for the economy, stock market forecasts are also becoming more negative again.

According to a forecast, the White House fears between 100,000 and 240,000 deaths in the USA due to the pandemic, despite measures to contain the coronavirus. The coordinator of the White House coronavirus working group, physician Deborah Birx, presented the prognosis at a press conference in Washington on Tuesday evening. They are working on keeping the number down. However, the range is possible.

For UN Secretary-General António Guterres, the Corona crisis is the greatest challenge to the world since World War II. This challenge, therefore, requires a “stronger and more effective response”, which can only be met with the solidarity of all participants, Guterres said at the end of a video conference in New York on Tuesday evening. “The world is facing an unprecedented test,” said the UN chief. “And now is the moment of truth.”

On Wall Street, the situation deteriorated dramatically again in the middle of the week. On the first day of the new quarter, the Dow Jones once again fell sharply, closing 4.44 per cent lower at 20,943.37 points. In the meantime, even the 21,000 mark was in danger. The Nasdaq Composite also closed 4.41 per cent lower at 7,360.58 points.

The US industry performed better than expected at the beginning of the coronavirus crisis. The Purchasing Managers’ Index dropped by 1.0 to 49.1 points in March, according to a company survey published by the Institute for Supply Management (ISM) on Wednesday. Economists had expected a more substantial decline to 45.0 points. The barometer signals growth only at values above 50.

However, industrial companies are facing challenging times: Orders have fallen more sharply than at any time since the crisis year 2009.

The major Asian indices closed Wednesday with some heavy losses. In Japan, the Nikkei fell sharply by 4.5 per cent to close the trading session at 18,065.41 points.

On the Chinese mainland, the Shanghai Composite was able to post small gains at first but ultimately lost 0.57 per cent to 2,734.52 points. In Hong Kong the trend was also downwards: Hang Seng left the session at 23,085.79 points with a minus of 2.2 per cent.

There was also some bad news from Asia: Japanese industry is more pessimistic about the Corona crisis than it has been for several years. The sentiment index calculated in the Tankan report fell into negative territory in March. It is the fifth clouding in a row. In China, however, the Caixin index was able to rise again and moved somewhat away from its record low. This at least provided some support for prices on the Chinese mainland.

European stock markets began the new quarter weakly on Wednesday. The EuroSTOXX 50 slipped significantly after opening weaker. In the end, the European index fell 3.83 per cent to 2,680 points.

The German stock market also came again under considerable pressure in the middle of the week. Among the 30 Dax stocks, car stocks, in particular, came under pressure. According to information from government and industry circles, Chancellor Merkel will discuss the consequences of the coronavirus epidemic with leaders of the automobile industry in the evening. Ministers could also join in, she said. The weakest point, however, was the paper from engine manufacturer MTU Aero, as was often the case recently.

The euro exchange rate fell significantly on Wednesday. The common currency reached its lowest point at 1.0918 US dollars. That was over a cent less than on Wednesday night. In the late afternoon, one euro cost 1.0930 dollars. The European Central Bank (ECB) set the reference rate at 1.0936 (Tuesday 1.0956) dollars. In contrast to the euro, the US dollar gained on a broad front.

The Corona crisis caused panic selling on the stock market. Investors threw stocks and bonds out of their portfolios and bought US dollars instead. After the US Federal Reserve cut its key interest rate to almost zero per cent, bringing it closer to the ECB level, the euro lost attractiveness in relative terms. In the meantime, the European single currency has been able to recover somewhat from this fall, partly because the parties in Washington agreed on a two trillion dollar aid package for the economy.

However, currencies from emerging markets were hit particularly hard. In the wake of the Corona crisis, for example, the Indian rupee plummeted to its lowest level ever against the dollar. The emerging markets are particularly vulnerable to fluctuations in the US dollar exchange rate. On the one hand, a strong “greenback” makes their imports more expensive, and on the other hand, it causes foreign investors to withdraw their capital from the emerging markets.

Oil prices fell again on Wednesday due to the loss of demand in the wake of the Corona crisis and the growing oil supply. Most recently, a barrel of North Sea Brent for delivery in June cost 24.84 US dollars. This was $1.51 less than the previous day. The price of a barrel of US grade WTI fell by 16 cents to 20.33 dollars.

In the corona crisis, the Lufthansa Group wants to send around two-thirds of its global workforce on short-time work. A company spokesperson confirmed in Frankfurt on Wednesday that social benefits had been applied for in various countries for a total of 87,000 employees. Depending on the company and part of the company, this applies in part retroactively from March 1, but to a greater extent from April.

All airlines and subsidiaries in Germany, Austria, Switzerland and Belgium are affected by the short-time work. In addition to the approximately 27,000 short-time workers already known at the German core company Lufthansa, there are further large blocks at Swiss (9500) and Austrian (7000). There will also be massive job cuts at the Belgian Brussels Airlines, Lufthansa Technik and the catering subsidiary LSG.

The Lufthansa share fell 6.47 per cent to 8.01 euros by the end of trading on XETRA on Wednesday.

Michelin and Engie row back

Tire manufacturer Michelin and utility Engie, two companies from France’s leading index CAC40, have pulled out of the market in the wake of the corona crisis on Wednesday after the close of trading. Continental’s competitor Michelin is cutting its dividend from the previously promised €3.85 to €2.00.

The situation at utility Engie is even more drastic. Engie, which is 24 per cent owned by the French state, is cancelling both its dividend for the past year and the outlook for 2020. Engie had planned to increase its dividend by seven per cent.