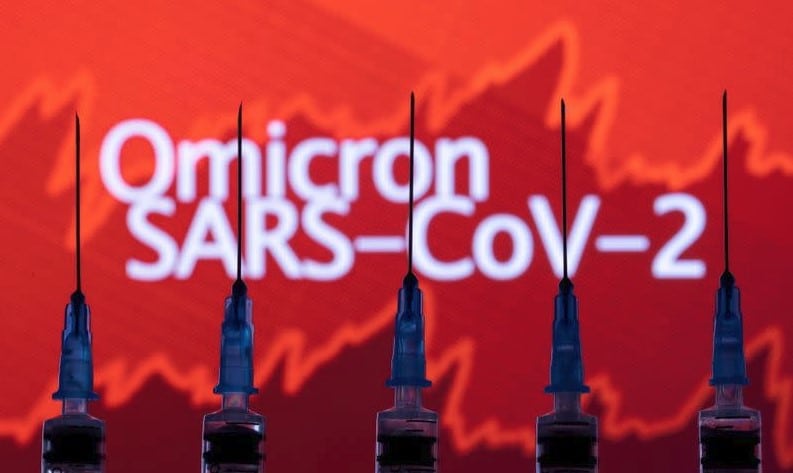 While Omicron worries eased in Europe today, the first case in the USA unsettled Wall Street, the coronavirus variant thus continues to cause a lot of movement on the markets.

In addition, it was Fed Chairman Powell who spooked investors again today. The old song of tapering-no-tapering had thus once again hurt prices on New York’s Wall Street.

The traditionally highly regarded economic outlook of the Federal Reserve (Fed), the so-called Beige Book, took a back seat to all the other fuss. According to the Fed, the US economy is currently growing at a moderate to modest pace. Growth is being held back primarily by the multifaceted supply problems in world trade. The problems can largely be attributed to the consequences of the corona induced lock-downs of governments around the globe.

The report describes that the economic outlook is determined by how long the supply problems and the bottlenecks in the labor market will last. There have been price increases across the board. Reasons were rising prices for numerous intermediate products and raw materials, logistical problems and the tight labor market with a shortage of workers.

The market has been oscillating between exaggerated fear of the Omikron virus variant and ever-flickering glimmers of hope since the panic over the virus variant. The most recent glimmer of hope was provided by the head of the vaccine developer BioNTech. According to him, the new variant can lead to an increase in infections in vaccinated people, but at the same time, those affected are most likely protected from a severe course of the disease.

However, the first reported Omikron case in the USA caused alarm on Wednesday, pushed everything else into the background and caused investors to panic-sell again.

The European stock exchanges made substantial gains on Wednesday, recovering from the sell-offs of the last few trading days. The EuroSTOXX 50 increased its initial plus in the course of trading significantly and finally went into the evening 2.86 per cent stronger at 4,179.15 index points.

The DAX was even able to improve on its already strong opening gain in the further course and ultimately closed 2.47 per cent higher at 15,472.67 points. The TecDAX also continued to rise after a friendly start and ended the day with a plus of 0.99 per cent at 3,876.52 points.

Europe’s stock markets rallied in the middle of the week. The Powell statements, which had depressed prices on Tuesday, were now interpreted to mean that the US Federal Reserve currently sees no major danger from the omicron option.

Economic data were also on the midweek agenda. As the purchasing managers’ index of the research company IHS Markit showed, sentiment in industrial companies in the eurozone improved slightly in November for the first time since June.

In European trading today, the euro has stabilised above 1.13 US dollars after heavy losses the previous day. In US trading, the common currency was trading lower again at 1.1313 dollars, roughly the same level as in the morning. Yesterday, the euro came under strong pressure at times on the foreign exchange market. After Jerome Powell’s statements, the dollar’s strength caused the euro to fall by more than a cent in a short time.

The Turkish central bank provided some relief for the country’s currency, the lira, which is in a downward spiral. For the first time in a long time, the central bank intervened directly in the foreign exchange market. However, a large part of the effect fizzled out. Currency experts are sceptical and point to the central bank’s low foreign exchange reserves, which make sustained interventions seem unlikely.

Oil prices have also given up initially more substantial gains after the Corona twist on Wall Street. The omicron news situation is thus also causing wild movements in the price of black gold. In the evening, a barrel of Brent oil cost 71.50 US dollars, 2.27 dollars more than the previous day. The barrel price for American WTI rose by 2.13 dollars to 68.31 dollars.

Gold prices initially increased significantly before reversing to $1,782 per troy ounce, a plus of almost $10 compared to yesterday.

The cryptocurrency market reshuffled distribution today, remaining stable overall. Bitcoin hovered around the $57,000 mark, while Ethereum dropped 2 per cent to $4,600. On the other hand, Solana rose by over 9 per cent to $231, while Cardano and XRP dropped by 2 per cent to $1.55 and $0.98, respectively.

In China, industrial activity surprisingly fell in November. The Purchasing Managers’ Index (PMI), calculated by the Chinese business magazine “Caixin” and published on Wednesday, fell from 50.6 to 49.9 points in November. Experts surveyed by Bloomberg had expected a stable reading.

In October, sales in the German retail sector fell against expectations. One reason for this decline could be supply bottlenecks in the retail sector. Based on provisional data, as the Federal Statistical Office announced, sales after deducting inflation fell by 0.3 per cent compared to the previous month. Economists surveyed by Dow Jones Newswires, on the other hand, had forecast an increase of 0.9 per cent.

Eurozone industry stabilised again in November after a four-month slowdown. However, serious supply bottlenecks remained the main obstacle. According to a second release by the IHS Markit Institute, the Purchasing Managers’ Index (PMI) for the sector rose slightly to 58.4 (October: 58.3) points. In the first release, a value of 58.6 points was reported.

Activity in the US industry declined in November compared to the previous month, contrary to expectations. IHS Markit’s Purchasing Managers’ Index for the sector fell to 58.3 from 58.4. Economists had expected a reading of 59.1, the value of the first release.