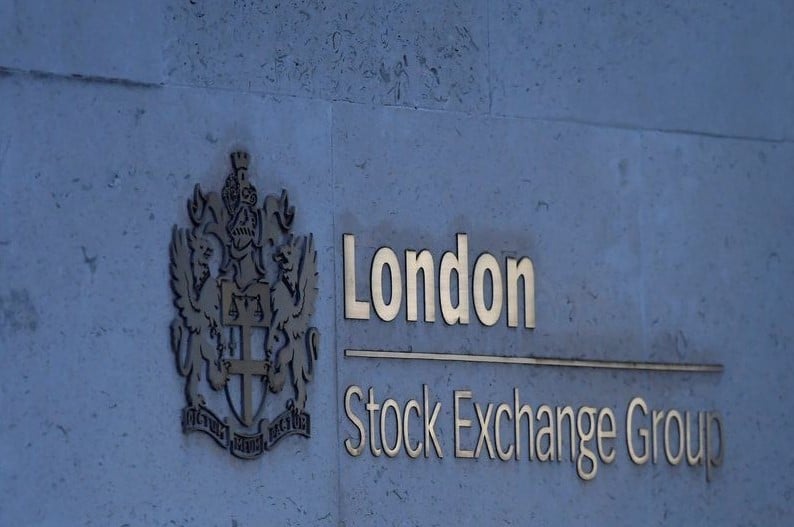 A weak US dollar and on the other side, a strong euro in the foreign exchange market weighed differently on the international stock markets today. While the strong euro mainly negatively impacts European companies, the weak greenback primarily supports exporting US companies.

The other most important news, how could it be otherwise, was again about COVID-19, the current situation and the vaccine hopes. Today, the vaccine producers BioNTech and Pfizer in Great Britain received approval for their corona vaccine, the first in Europe.

After reaching new record highs the previous day, Wall Street took a breather on Wednesday. There were several reasons for this: For one thing, the number of corona deaths in the USA rose again within 24 hours, and for another, investors remain sceptical about whether the parties in Washington can agree on a new government aid package.

Besides, the latest figures are disappointing for the US labour market. US companies have created far fewer jobs than expected by market analysts. Meanwhile, according to the Federal Reserve’s Beige Book, the US economy has grown only moderately in most of its districts.

The Asian stock markets showed different signs today. After strong gains, the day before, Japan’s leading index Nikkei 225 was finally 0.05 per cent stronger on Wednesday at 26,800.98 points. The Shanghai Composite also moved around the zero lines, but ultimately closed marginally 0.07 per cent lower at 3,396.64 points. In Hong Kong, the Hang Seng fell 0.13 per cent to 26,532.58 points.

Tailwind came fundamentally from the USA, where the evening before hopes of a coming corona vaccine gave investors access to the market. In addition, the latest inflation data from South Korea were also positive. However, investors paused for the most part because a “wait and see show” was to be followed, among other things, concerning the US aid package, according to some market strategists.

The mood on the European stock markets tended to be negative on Wednesday. The EuroSTOXX 50 had already opened with a minus and finally ended the day 0.15 per cent lighter at 3,519.78 points.

The leading German index Dax 30 was down throughout the entire trading day and closed 0.52 per cent lower at 13,313.24 points. The TecDAX also lost ground after a virtually unchanged start and closed the evening with a loss of 0.69 per cent at 3,094.61 points.

The euro climbed to its highest level since April 2018. A stronger common currency could tend to become a problem for export companies from the eurozone, as it would make their goods more expensive outside the eurozone. This, in turn, could dampen demand. Today, the strong euro has already weighed on the European stock markets.

For the German stock market, there was another negative factor to digest after the German government extended the partial lockdown until January 10, 2021.

In the Forex market, the euro continued its rally that started in November. For the first time since April 2018, the common currency managed to jump above the 1.21 US dollar mark, reaching a high of 1.2108 US dollars. Most recently, the euro was still traded at 1.2097 dollars.

The oil prices were on the rise today again because in the course of the trade data on the development of the US oil reserves caused a price increase. According to official data of the US government, the stocks of crude oil had decreased in the past week by 0.7 million barrels to 488.0 million barrels. Thus the barrel North Sea Brent cost 89 cents more with 48,31 US Dollar. Also, the US light oil of the WTI variety rose by 93 cents to 45,48 dollar.

The precious metals market continues to benefit from the weak US dollar, but is also receiving tailwind as technical reversal patterns are intact. Gold increased by another 18 dollars to close at $1,831 per troy ounce. The precious yellow metal managed to blast through the strong resistance at $1,818 and accelerated its ascend afterwards as expected, later turning the $1,818 level from resistance into support.

The cryptocurrency market was quite stable today. Most top-tier coins remained in a relatively tight trading range throughout the day, which is a bullish sign in the current market environment. Bitcoin increased its value by 1.6 per cent to $19,200, while Ethereum and XRP gained between 0.3 and 0.8 per cent on the daily chart to $596 and $0.6230 respectively.

Sales in the German retail sector rose much more strongly than expected in October. As reported by the Federal Statistical Office (Destatis) based on provisional data, sales after deducting inflation were up 2.6 per cent on the previous month. Economists surveyed by Dow Jones Newswires had only forecast growth of 0.9 per cent.

Employment in the US private sector rose less than expected in November. The number of employees increased by 307,000 month-on-month, the private labour market service provider ADP announced in Washington on Wednesday. Analysts had expected an average increase of 440,000. The recovery on the labour market after the collapse in spring thus continued. However, the pace has slowed down again.

The situation in the eurozone labour market eased somewhat in October. The unemployment rate fell by 0.1 percentage points to 8.4 per cent compared with the previous month, the Statistics Office Eurostat announced in Luxembourg on Wednesday. Economists had expected this rate. The rate is thus 1.0 percentage points higher than in the same month last year. In the European Union (EU) as a whole, the rate was 7.6 per cent, as in the previous month.

Manufacturer prices in the eurozone are falling less sharply. Compared to the same month of the previous year, producer prices fell by 2.0 per cent in October, according to a report published by the statistics office Eurostat in Luxembourg on Wednesday. In September the rate had been minus 2.3 per cent, in the months before it had been much lower. Analysts had expected prices to fall by 2.3 per cent in October.

In the negotiations after the Brexit for a trade agreement with Great Britain, a breakthrough remains questionable. According to a diplomat, EU chief negotiator Michel Barnier told the member states on Wednesday that he could not say whether an agreement was still possible. According to another diplomat, however, the talks are now “rapidly approaching a moment of decision”. The British Prime Minister Boris Johnson, on the other hand, was “optimistic” about reaching an agreement.

The Berlin cannabis start-up Sanity Group receives prominent investors: US music producer and songwriter Will I am, Hollywood actress Alyssa Milano, professional soccer player Mario Götze and former soccer player Dennis Logo are among the investors who have joined in a financing round. This brings the total investment to around 25 million euros. “We see great potential in the Sanity Group and with the investment the chance to participate in a strongly growing and promising innovation market,” explains Friedrich Droste, Managing Director of Bitburger Ventures, which also participated in the start-up. Mario Götze sees according to press release very exciting study results with the cannabis product CBD, which is already used in sports for muscle regeneration but also to facilitate healthy sleep.