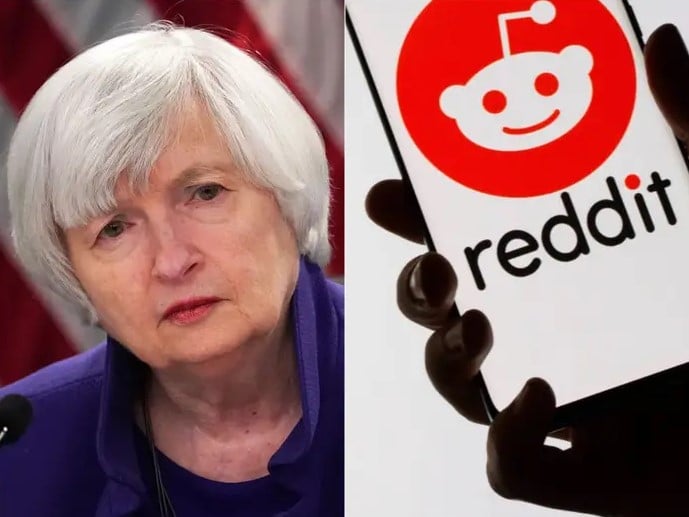 Where to from here?

Although worries about the GameStop stock market turbulence are slowly subsiding, US Treasury Secretary Janet Yellen is taking action and calling Wall Street’s top supervisors together. This week, there will be a meeting of the Securities and Exchange Commission (SEC) heads, the Commodity Futures Trading Commission and the Federal Reserve (Fed) and its New York branch, the department announced on Tuesday. The meeting deals with the high price fluctuations triggered by a power struggle between small investors and hedge funds.

Despite good figures from the technology sector from the two heavyweights Alphabet and Amazon, investors on the New York stock exchange held back in the middle of the week. After a fairly brisk start, which brought the Nasdaq technology exchange particularly close to new highs, trading flattened out.

Wall Street saw some fluctuations today. The Dow Jones started marginally higher, but then slipped below the zero line. However, the downward movement did not last. At the closing bell, the US benchmark index posted a gain of 0.12 per cent to 30,723.60 points. The NASDAQ Composite, on the other hand, went down: It finally lost 0.02 per cent to 13,610.54 points.

In general, the market was supported by hopes of further stimulus for the economy. The decline in new Corona infections was also viewed positively.

Heavyweights Alphabet and Amazon continued to lead the tech sector higher in the US. This was ensured by their financial statements, which were presented yesterday after trading hours. Amazon shares, however, were unable to save their gains into the close. After the close of trading in the USA today, the focus will be on the figures of QUALCOMM, eBay and PayPal.

Positive Wall Street data and the hopes of a major aid package in the US to boost the economy provided tailwinds on the one hand. Investors also draw optimism from companies’ quarterly reports, many of which show recoveries, the market said. On the other hand, the Caixin Purchasing Managers’ Index for the Chinese service sector declined significantly in January.

The European trading centres continued to gain in the middle of the week.

The German benchmark index DAX also continued to climb and even approached the 14,000-point mark. In the course of the session, it lost some momentum, but still ended 0.71 per cent higher at 13,933.63 index units. The TecDAX also gained after starting slightly higher. In the evening, it posted gains of 0.47 per cent to 3,495.76 points.

Numerous corporate figures were encouraging, as was a somewhat rosier economic outlook. Buying sentiment was also sparked after news about former ECB chief Mario Draghi in Italy. Because a government under Draghi could quickly address the current economic problems and quickly find a solution in the dispute over European bailout funds distribution, some market observers commented.

There was also new news from the vaccination front: AstraZeneca’s vaccine is said to be highly effective if three months pass before the second dose.

Once again, the euro was weighed down on the forex market by weak European economic data. In morning trading, it was announced that the Spanish service sector’s sentiment had deteriorated sharply due to restrictions in the fight against the pandemic. A sentiment indicator from the British research institute Markit fell well below the expansion threshold of 50 points, suggesting a contraction in activity. The euro is trading for 1.2028 US dollars in the late US session.

Since the beginning of the trading week, US oil and Brent oil prices have risen by more than 5 per cent. Both prices have reached their highest level in about a year. The good mood on the international financial markets pulled oil prices up with it. Crude oil is considered a risky asset class that benefits from rising share prices. On Wednesday, two other factors came into play. First, US crude oil inventories surprisingly declined last week. Oil prices benefited from the lower supply. Besides, there were statements from the ranks of the oil alliance OPEC+. After a meeting of high-ranking ministers, the production policy was confirmed. It was also promised that the surplus supply resulting from the corona crisis would be reduced quickly. North Sea Brent oil cost 58.49 US dollars on Wednesday evening, 69 cents more than the previous day. The barrel price of US light oil WTI even rose by 1.03 dollars to 55.79 dollars.

On the other hand, the gold price continues to decline because of the positive sentiment on the financial markets. The price per troy ounce hovers around $1,833 in the late evening.

The cryptocurrency market remains on fire, and many analysts agree that tides are currently shifting from a more Bitcoin pronounced bull market to so-called “altseason”. In this regard, Ethereum is being seen as the leading indicator for all other altcoins (coins and tokens that are not Bitcoin). Ethereum is currently experiencing sharp growth, breaking one all-time high after another. Today, ETH rose by another 6.9 per cent to $1,636, while Bitcoin increased by “only” 3 per cent to $37,100. Other altcoins also saw significant gains. Polkadot shot up 14.3 per cent to almost $20, XRP gained 6 per cent to $0.3880, and Litecoin increased by 7.4 per cent to $155.

The further tightening of measures to curb the second wave of corona caused the German service sector to remain in the contraction zone for the fourth month in a row in January. According to final data for the month, IHS Markit’s purchasing managers’ index for the sector weakened to 46.7 from 47.0 points. Economists had predicted a reading of 46.8. Overall, growth in Germany’s economy slowed in January. The composite index for production in the private sector – industry and service providers combined – fell to 50.8 from 52.0 points in the previous month.

The eurozone economy recorded a third consecutive month of growth contraction in January, with the downward trend accelerating again from December. The composite index of eurozone private-sector output, which includes industry and services, fell to 47.8 points from 49.1 the previous month, the IHS Markit Institute reported in a second release. The Purchasing Managers’ Index (PMI) for the service sector fell to 45.4 points from 46.4 in the previous month.

In the USA, the non-manufacturing Purchasing Managers’ Index calculated by the Institute for Supply Management (ISM) rose to 58.7 from 57.7 the previous month. Economists surveyed by Dow Jones Newswires had forecast a decline to 57.0.