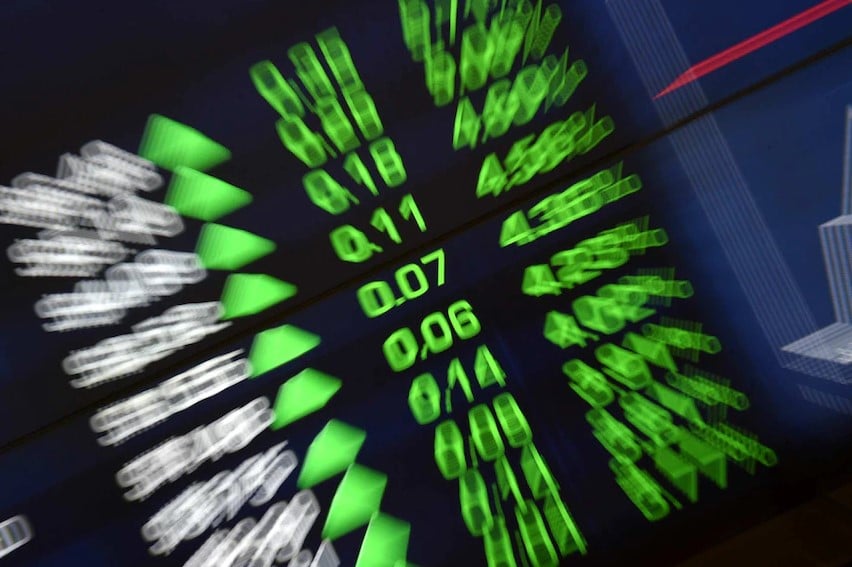 A Sigh of Relief

Wall Street reacted to the eagerly awaited interest rate decision of the US Federal Reserve with price gains. This is because the monetary change that has now been set was expected and is taking place cautiously.

As expected, the Fed announced that it was beginning to exit its ultra-expensive monetary policy in the evening. Specifically, it is gradually scaling back its securities purchases from the previous 120 billion dollars, known in the jargon as tapering. “The Fed has been preparing the financial markets for this moment for months,” said Naeem Aslam, chief market analyst at brokerage AvaTrade.However, the roadmap for interest rates remains unclear. Fed Chairman Powell confirmed in his press conference his view that the current higher inflation rates are temporary developments. The correctness of this assumption, which had been doubted again and again recently, is likely to be decisive for the Bank’s future interest rate course.

The mood on the US markets was good on Wednesday after the Fed data. The Dow Jones opened barely higher but then fell into the red. However, it made gains at the end of the day, ending the session 0.29 per cent firmer at 36,157.58 points. The NASDAQ Composite tech index started the session only slightly higher but ended the day 1.04 per cent higher at 15,811.58 points.

Among the individual stocks in New York, T-Mobile US was in focus. The telecom subsidiary raised its annual targets despite a declining quarterly profit. This is the third time this year that the board of directors around Mike Sievert has become more optimistic. Analysts praised the mobile phone company’s statements. Brett Feldman of Goldman Sachs emphasised that the third quarter had exceeded expectations in every respect. The shares of T-Mobile US rose strongly by 5.3 per cent on the Nasdaq.

The Asian markets recorded losses today. In Japan, the Nikkei index didn’t move as there was no trading in Japan due to a public holiday. On the Shanghai stock exchange, the Shanghai Composite lost 0.20 per cent to 3,498.54 index points in today’s trading. Meanwhile, on the Hong Kong Stock Exchange, the Hang Seng slipped 0.30 per cent to 25,024.75 units.

According to market participants, Wednesday’s caution was due to the US Federal Reserve’s upcoming decisions in the evening.

Investors on the European stock exchanges held back in the middle of the week. The EuroSTOXX 50 was slightly firmer during the day and ended the session with a gain of 0.3 per cent at 4,309.61 points.

The DAX hardly gained at the opening of trading and then continued to hover around its previous day’s closing price. In the evening, a marginal gain of 0.03 per cent to 15,959.98 points was still on the price board. The TecDAX also presented itself with significant gains after it had risen minimally at the start. In the end, it closed 0.8 per cent stronger at 3,920.89 points.

Despite numerous quarterly results, the DAX traded in a narrow range between 15,922 and 15,972 points. In addition to the continuation of the reporting season, the interest rate meeting of the US Federal Reserve was the topic of the day.

The euro has moved little on the foreign exchange market until late afternoon but was trading slightly higher after the Fed decision at $1.1610. Monetary policy statements by ECB President Christine Lagarde also barely moved the euro. Lagarde again countered speculation of an interest rate hike in the currency area in the near future. The Frenchwoman said it was improbable that the conditions for this would be met as early as next year.

Oil prices recorded significant declines. They extended their losses further and further in the course of trading. A barrel of North Sea Brent crude fell by 3.7 per cent, and a barrel of US WTI light oil by around 4.0 per cent. Thus, oil prices have again moved somewhat more away from their multi-year highs reached in October, which was justified by the more restrained economic forecasts for the global economy of late.

The price of a troy ounce of gold lost more ground during the US session, down around 1.0 per cent at $1,770. After the robust data from the US labour market, “safe havens” were not in demand.

Cryptocurrencies continue to be in demand, but especially BTC went on a roller-coaster ride today. After rising to its intraday high at $63,300, Bitcoin crashed to $60,000 in only minutes before rebounding to $62,500 – a daily loss of1 per cent. Similarly, Ethereum lost 0.9 per cent to $4,570, while Binance Coin appreciated by 1.6 per cent to $562. Much better fared other altcoins, such as Solana, increasing by 7 per cent to $244, Cardano breaking through a tough resistance and ultimately gaining 5 per cent to $2.06. XRP, LUNA and AVAX were amongst the biggest daily gainers, rising around 10 per cent.

Inflation in Turkey continues to rise from an already high level. In October, nationwide consumer prices rose by 19.9 per cent compared to the same month last year, the National Statistics Office announced in Ankara on Wednesday. In the previous month, the inflation rate had been 19.6 per cent. The high inflation has been a headache for investors for some time, so they are avoiding the Turkish lira. Turkey’s national currency has come under considerable pressure against the dollar and the euro in recent months, falling to record lows in each case. The situation is exacerbated by the loose monetary policy of the Turkish central bank, which has recently reduced its key interest rate significantly twice despite high inflation.

There was positive news from the labour market in the USA, namely the employment figures published today by the private ADP employment agency. Private-sector job creation in the US accelerated unexpectedly in October. According to ADP in Washington, 571,000 new jobs were created in October, while economists had only expected an increase of 400,000.

Meanwhile, sentiment in the US service sector rose to a record high in October. According to the institute in Tempe, the Institute for Supply Management’s (ISM) Purchasing Managers’ Index rose 4.8 points from the previous month to 66.7, versus 62 expected. This is the highest level since the data was collected in 1997.