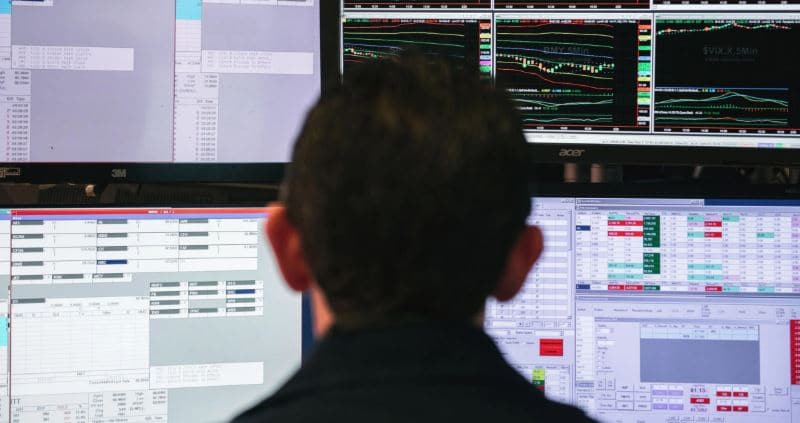 The stock markets continued to recover on a broad front this Tuesday. It seems as if investors paid tribute to the Fed’s surprise interest rate cut the previous day. In addition, the BoC (Bank of Canada) now also lowered the country’s key interest rate by 50 basis points from 1.75 to 1.25 per cent. These are all signals to the market that also other major central banks may follow suit soon and cut their interest rates to support the economy.

However, it needs to be highlighted that we are far from being out of the woods. The coronavirus theme merely moved into the background for the time being, and it is still not clear, which are the consequences.

The US stock market showed an evident recovery in Wednesday’s trading. The Dow Jones once again made a substantial leap and closed trading with a significant gain of 4.53 per cent at 27,090.42 points. The NASDAQ Composite index of tech stocks also recorded gains, ending the day with a plus of 3.85 per cent at 9,018.09 index points.

Good figures came from the American labour market in the afternoon. According to the private employment agency ADP, 183,000 jobs were created in February, 13,000 more than expected. Nevertheless, the economic concerns prevailing in the market in connection with the COVID-19 spread can hardly be dampened. Therefore, further rate cuts by the Fed at its meeting the week after next are expected by experts.

No uniform trend was discernible on the major Asian stock exchanges at midweek. In Tokyo, the Nikkei recorded a minimal premium of 0.08 per cent to 21,100.06 units at the close of trading.

The Chinese purchasing managers’ index for the service sector, which was calculated by Caixin and has fallen to a record low, initially had a negative impact. However, the Hong Kong Monetary Authority then lowered the key interest rate, thus improving market sentiment somewhat.

A strong US stock market and the expectation of government aid to cushion the economic slump triggered by the corona epidemic gave the European stock markets a boost on Wednesday.

The EuroSTOXX 50 showed a plus, after having been almost unchanged at the opening of the exchange. It ended the session 1.44 per cent higher at 3,420.56 index units.

Although the Dax 30 had to give up half of its daily gains, it ultimately closed above the 12,100 mark. With an increase of 1.19 per cent to 12,127.69 points, it closed the session. This means that the leading German index is now back above the line that has marked its overall upward trend since the end of 2018. However, its loss since its record high just over two weeks ago is still 12 per cent.

The euro weakened somewhat after its recent gains on Wednesday. In the afternoon, the common currency, the euro, cost 1.1122 US dollars. In the morning, the euro had still temporarily risen to almost 1.12 dollars. The European Central Bank (ECB) set the reference rate at 1.1125 (Tuesday: 1.1117) US dollars. Despite the spread of the coronavirus, the financial markets on Wednesday were slightly more confident than on Tuesday. As a result, the Japanese yen, which is regarded as safe, also came under pressure. Some experts refer, among other things, to the election success of Joe Biden in the presidential elections on the so-called “Super-Tuesday”.

Oil prices have continued their moderate recovery. The reason for this is the expectation of an additional Opec production cutback. In the evening, a barrel of North Sea Brent cost $51.71. That was 50 cents more than the day before. The price of American WTI crude oil rose by 53 cents to 47.43 dollars. Experts now firmly believe that the oil cartel Opec and allied oil-producing countries will cut production again.

Gold witnessed a modest intraday pullback from weekly tops and seesawed confined in a narrow trading band between $1,630 and $1,652 through the early North-American session. The precious metal is facing some resistance near the $1652 horizontal zone, which now acts as a key pivotal point for the next directional move.

The Chinese car market collapsed in February due to the consequences of the corona eruption. According to preliminary data released today by the China Passenger Car Association (PCA), sales fell by 80 per cent year-on-year, the sharpest drop since records began. For the first two months of the year, the minus adds up to 41 per cent.

The extended New Year celebrations due to the outbreak of the lung disease Covid-19, as well as car dealerships closed for more extended periods, together with the reluctance of buyers, led to an intensification of the slump in the world’s largest car market, which is also by far the most important single market for the German groups Volkswagen, Daimler and BMW.

According to a survey by the US Federal Reserve, the first effects of the coronavirus outbreak are beginning to be felt in the US economy.

According to the Fed’s Beige Book economic report, the manufacturing sector is particularly affected. The companies made it clear that the spread of the virus is dampening demand from China. Besides, they fear disruptions to supply chains. “Some delays in supply chains as a result of the coronavirus have been reported,” the Beige Book said. “Producers fear a further disruption in the coming weeks.” The report signals that US companies are feeling the economic impact of the epidemic. Last month, however, the manufacturing sector expanded.

It was the first interest rate change outside of a regular meeting since 2008, and some observers believe the Fed may step up its efforts at the upcoming meeting on March 17 and 18 and cut the key rate by another 25 basis points. The surprising move has signalled that the Fed is acting increasingly proactively, they argue.

Nikola to the stock exchange

The American electric vehicle developer Nikola goes public to secure more funds for its growth plans. The company from the state of Arizona chose an unusual path for this: it is merging with a listed company called VectoIQ. The deal is expected to be completed by the second half of the year.