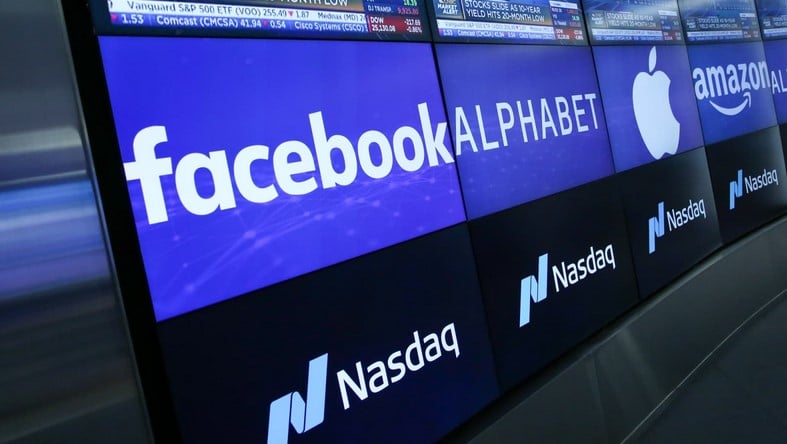 Positive economic data from China but also from the USA have given the markets a fresh tailwind today. Only the labour market report from the US private sector was disappointing and depressing sentiment somewhat.

The jobs data are essential for investors since the US Federal Reserve bases its monetary policy choices mostly on the labour market’s performance. The labour market is still not at pre-corona levels, so it is generally assumed that the Fed will keep its feet on the ground and continue to pump massive amounts of liquidity into the markets, despite the recent increase in inflation data.

The coronavirus delta variant’s number rose to have a negative impact. Data on the US labour market was already on the agenda before the trading session: The number of employees in the US private sector increased much less than expected in July, as reported by the labour market service provider Automatic Data Processing (ADP).

A better-than-expected purchasing managers’ index from China also failed to please investors too much.

The majority of the Asian stock markets moved upwards today.

The Japanese benchmark index Nikkei closed with a loss of 0.21 per cent at 27,584.08 points. The yen’s appreciation against the dollar, considered a refuge currency in times of crisis, weighed on the Japanese leading index. This, in turn, reduces the chances of Japanese companies on the export market.

In contrast, the Chinese stock exchanges benefited from the Caixin purchasing managers’ index for the service sector, which recovered strongly in July, contrary to expectations. On the Chinese mainland, the Shanghai Composite rose 0.85 per cent to 3,477.22 points by the end of the trading day, while Hong Kong’s Hang Seng gained 0.88 per cent to 26,426.55 units.

The European stock markets rose further on Wednesday. The EuroSTOXX 50 started trading with a plus and was also in a green territory in further trading. In the end, it posted a gain of 0.65 per cent to 4,144.90 points.

Support was provided by good indicators from the US and most Asian stock exchanges. The latest purchasing managers’ index from China, which clearly exceeded expectations, was also positively affected.

In Germany, the focus was also on further corporate figures. The figures from Commerzbank, Siemens Energy and HUGO BOSS, among others, had to be processed.

The euro fell on Wednesday after strong economic data from the US. The US dollar benefited from very positive sentiment in the service sector in the United States. The purchasing managers’ index of the Institute for Supply Management rose to a record level in July. In New York business, the European common currency, the euro, was last traded at 1.1837 US dollars, only slightly above its previous low for the day.

Oil prices extended losses further today. The oil market has seen declining prices for the third trading day in a row. A barrel (159 litres) of North Sea Brent fell by 1.03 dollars to 71.37 US dollars, while WTI oil from the United States fell by 1.45 dollars to 69.11 dollars. Among other things, oil prices were burdened by a surprising increase in crude oil inventories in the USA. But also the corona politics with further threatening of restrictions on public life weighed on the commodity markets.

Although the gold price rallied to $1,832 an ounce in the meantime, the level could not be maintained, and the precious metal closed almost unchanged from the previous day at $1,812 an ounce.

In China, sentiment in the private sector services sector unexpectedly brightened in July. The purchasing managers’ sentiment index for the sector, compiled by the business magazine “Caixin”, rose to 54.9 points, up from 50.3 points in June, the magazine reported on Wednesday. Analysts were somewhat surprised by the strength of the improvement in sentiment. On average, they had expected only a slight increase to 50.5 points.

Economic growth in the eurozone accelerated somewhat less than expected in July. According to second release data for the month, IHS Markit’s composite index of production in the private sector – industry and services combined – rose to 60.2 from 59.5 in June. This was the highest level in more than a decade. Economists, however, had forecast a confirmation of the first release of 60.6 points.

Eurozone retail sales grew at a slower pace than projected. In June. Compared to the previous month, seasonally adjusted revenues climbed by 1.5 per cent, as the European statistics office Eurostat announced in Luxembourg on Wednesday. On average, analysts predicted a 1.7% gain.

In July, the number of employees in the private sector in the United States increased substantially less than projected. As the labour market service provider Automatic Data Processing Inc (ADP) reported, only 330,000 additional jobs were created. Analysts had predicted a plus of 653,000.

Business activity in the US services sector grew at a weaker pace in July than in the previous month. IHS Markit’s Purchasing Managers’ Index (PMI) for the sector fell to 59.9 from 64.6. Economists had predicted a reading of 59.8. The preliminary reading for July was 59.8. Overall, growth in the US economy also slowed in July. The composite index for production in the private sector – industry and service providers combined – fell to 59.9 from 63.7 points in the previous month.