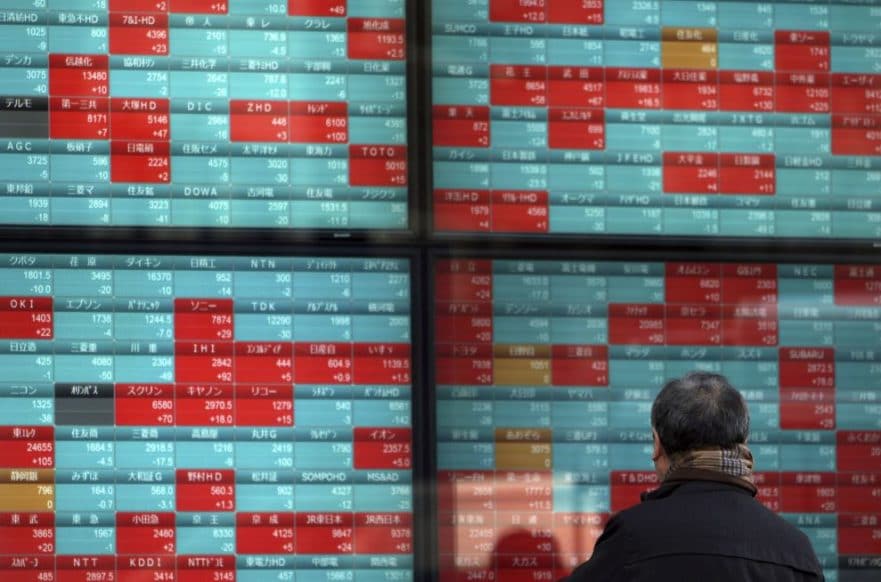 It was a strange trading day, shaped and driven by wishful thinking.

On a broad scale, markets around the globe recovered again, but the reasons for this are almost grotesque.

According to reports in the Chinese media, there would soon be an effective vaccine against the new coronavirus. Besides, the number of new infections and further deaths has not increased too much. It seems that this news from the rumour mill is enough for many investors to take a strong grip and catapult the markets north again.

The whole thing seems to be an extremely risky undertaking. However, experts warn. On the one hand, it is known that the data of infected and dead people in China is much higher than reported, on the other hand, the World Health Organization (WHO) denied reports of an effective vaccine that could soon be available.

The US stock markets continued their upward trend on Wednesday.

The leading index Dow Jones remained in the black throughout the entire trading day, closing at 29,290.68 points with a 1.68 per cent gain. The tech stocks index NASDAQ Composite also left the market with gains but had to give up its daily highs. In the end, it still managed to post an increase of 0.43 per cent – the stock market barometer closed at 9,508.68 points.

Not only the positive news regarding the coronavirus but also robust economic data were able to boost the US markets.

In addition, the reporting season continued to pick up speed. The focus was on Disney and Snap, among others, which published their balance sheets on Tuesday after trading. Meanwhile, the Tesla share had to struggle with massive profit-taking.

Asian stock markets also continued their recovery on Wednesday. Already the day before, the prospect of further measures for economic support by the Chinese government to alleviate the economic consequences of the coronavirus crisis had driven prices. The CSI-300 index of the 300 most important stocks on the Chinese mainland stock exchange rose by 0.7 per cent. The Hang Seng ultimately gained 0.42 per cent to 26,786.74 index units. In Tokyo, Japan’s leading index, the Nikkei 225, closed up one per cent at 23,319 points.

Europe’s stock markets were very friendly on Wednesday. Although the EuroSTOXX 50 had shown a slight minus at the start of trading, it was able to increase significantly in the further course of trading and finally closed the day 1.22 per cent higher at 3,777.84 index units.

The euro fell below the USD 1.10 mark on Wednesday. In the afternoon, the euro was traded at a daily low of $1.0997 after surprisingly strong economic data from the US, after the rate was about half a cent higher in the morning. The European Central Bank (ECB) set the reference rate at 1.1023 (Tuesday: 1.1048) dollars.

In January, the American private sector had created significantly more jobs than expected. Besides, the mood of purchasing managers brightened more than analysts had expected at the beginning of the year.

Oil prices improved significantly on Wednesday. The price of a barrel of North Sea Brent rose by more than 2.0 per cent to $55.60. US light oil WTI also increased by more than 2 per cent to currently $51.20. The previous evening prices had come under heavy pressure due to the coronavirus crisis. Market participants feared a supply overhang if demand from China fell.

Interest in gold was less pronounced today as investors’ risk appetite increased. Nevertheless, the price of the troy ounce rose to $1,558 an ounce.

The cryptocurrency market on Wednesday showed itself to be consistently friendly. After substantial gains by XRP since Monday, all other top 10 digital assets followed suit and posted significant gains.

Bitcoin reached a new high for the year of $9,775, up 5 per cent over the previous day. The Ethereum price rose by 8.6 per cent to around $205. Even XRP continued to gain momentum and rose by another 4.5 per cent to $0.2775. This means that the value of the third-largest digital currency in terms of market capitalization increased by over 18 per cent in the last seven days.

Triumph for Donald Trump: In the impeachment proceedings against him, the Senate acquitted the President of all charges.

As expected, the two-thirds majority required to convict Trump for abuse of power or obstruction of a congressional investigation did not come about in the Trump Republican-dominated House of Congress on Wednesday (local time). This concludes the impeachment proceedings. Trump’s acquittal from the highest court is a great victory at the beginning of the election year in the USA.

High special costs put the US carmaker Ford deep into the red at the end of the year. In the fourth quarter, the company incurred a loss of 1.7 billion US dollars, as the company announced on Tuesday after the close of the US stock exchange. Ford is in the middle of a far-reaching corporate restructuring and has been struggling for some time now. In the same period last year, the balance sheet had already shown a minus of 100 million dollars.

A pessimistic outlook for the current business year 2020 additionally dampened the mood of investors. On Wednesday, the Ford share on the NYSE lost 9.53 per cent to 8.31 US dollars.