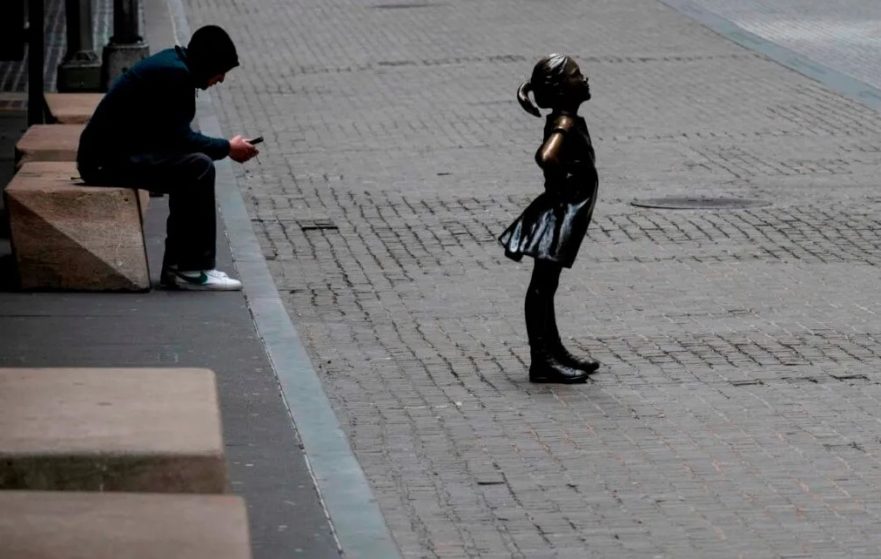 It’s on like Donkey Kong! Not only did we see strong price gains on Wall Street and many other global stock markets, but the digital assets market is officially in bull-run mode.

The overall crypto market capitalization is fast approaching 1 trillion US dollars – a level that has never been reached so far. That this barrier should be broken soon as well, is very likely because different to the 2017/2018 cryptocurrency bull market, this time not only retail investors are flocking into the space but also large scale institutional investors.

In addition, behind today’s gains on the markets is also a changed perception of the risks and opportunities from the Senate by-elections in Georgia. In the state in the south of the USA, a victory for the two Democratic candidates became apparent on Wednesday. President Joe Biden could thus “govern through” – a scenario that still caused fear and anxiety amongst investors at the beginning of the week.

Historically, a “split Congress” has usually been the better option for the markets, as such a Congress has prevented “extreme” political decisions from the outset.

So while at the beginning of the week investors were still focused on fears of higher corporate taxation and stricter regulation, especially of technology companies, they are now turning their attention to the opportunities offered by a Democratic majority in the US Senate. For example, Biden could quickly implement larger economic stimulus packages.

The US leading index was able to gain in the middle of the week, while tech stocks went down. The Dow Jones extended its gains to 1.44 per cent by the close of trading and closed at 30,829.40 points. Meanwhile, it hit a new record high of 31,022.65 index units, surpassing the 31,000-point mark for the first time in history. The NASDAQ Composite could not keep up and even slipped 0.61 per cent to 12,740.79 points.

Asia’s stock markets again showed no clear direction in the middle of the week. The Japanese benchmark index Nikkei ultimately fell by 0.38 per cent to 27,055.94 points while the Shanghai Composite in China gained 0.63 per cent to 3,550.88 points. The Hang Seng in Hong Kong showed little movement with a small increase of 0.15 per cent to 27,692.30 index points.

All eyes continue to be on the US run-off election in Georgia, where two Senate seats will decide whether it is the Democrats or the Republicans that will hold a majority in the Senate in the future. Also, the high corona new infection figures remained on investors’ minds.

The European stock exchanges went up on Wednesday. The EuroSTOXX 50 was already trading higher initially and extended its gains over the day. It ended the session 1.78 per cent higher at 3,611.08 index units.

The German benchmark index rose significantly and was able to climb to a new record high of 13,919.23 points. It finally ended trading with a plus of 1.76 per cent at 13,891.97 points. The TecDAX started with a small plus, but turned negative in the day and maintained its negative trend. In the end, the index was down 0.38 per cent at 3,241.29 points.

On Wednesday, also stock exchange traders in Europe were mainly waiting for the result of the US Senate election in the state of Georgia. Here, two Senate seats will be filled, and the outcome of the election is decisive for which of the parties will have the upper hand in the Senate in the future. However, it may take several days before the result is known.

On the Forex market, the euro continued its upward trend against the US dollar on Wednesday. At times, it even reached its highest level since April 2018 at 1.2349 US dollars. The last exchange price paid for the common currency in New York trading was 1.2326 dollars. The euro and many other major currencies continued to benefit from the weakness of the US currency. Most recently, the greenback was weighed down by political developments in the US. With the Democratic Senate majority emerging after run-off elections in the state of Georgia, President-elect Joe Biden could better push through his political goals. Experts expect higher government spending and more substantial inflation, which would weaken the dollar.

Following OPEC+ production cuts and positive US inventory data, oil prices rose to a ten-month high. A barrel of North Sea Brent cost 86 cents more than the previous day at 54.46 US dollars. US West Texas Intermediate rose 72 cents to 50.65 dollars.

As pointed out earlier, digital assets are pumping hard, and many of the most valuable cryptocurrencies posted double-digit gains. Bitcoin was racing up to $37,000 while Ethereum captured the $1,200 mark. On the backdrop of the positive US banking news regarding digital assets and stablecoins, Stellar Lumens had a truly stellar day, posting gains of up to 120 per cent at times, reaching as high as $0.40. Many other coins and tokes, such as Cardano (ADA), IOTA, Vechain or ChainLink, also joined the rally party, posting huge daily gains.

Business activity in the US services sector was more subdued in December than in the previous month. IHS Markit’s Purchasing Managers’ Index for the sector weakened to 54.8 from 58.4. Economists had predicted a reading of 55.1. The preliminary reading for December was 55.3. Overall, the US economy slowed in December.

Orders to US industrial firms rose more than expected in November. Companies received 1.0 per cent more orders than in the previous month, as the Commerce Department announced in Washington on Wednesday. Analysts had expected an increase of only 0.7 per cent.

Hand me that gun!

While Republicans are traditionally close to the powerful US gun lobby, Biden and incoming Vice President Kamala Harris advocate stricter gun laws. Therefore, many Americans are likely to stock up on guns in the run-up to the election, thus driving up gun sales in the short term, according to investors’ calculations.

They are also looking at the Obama era’s experience: from Obama’s election as president in 2008 to Donald Trump’s election in 2016, the shares of Sturm Ruger, for example, rose by almost 900 per cent. By comparison, the broad market S&P 500 rose 113 per cent over the same period.

The year 2020 had already brought outstanding price gains for holders of gun stocks, as many Americans had stocked up on weapons out of fear of social unrest due to the corona pandemic and the violent death of George Floyd.

The news from Georgia did not only boost gun stocks in the middle of the week – shares in companies from the solar and hydrogen sectors were also in demand: First Solar, Fuelcell Energy, Sunworks and Sunpower rose, in some cases by double-digit percentages.