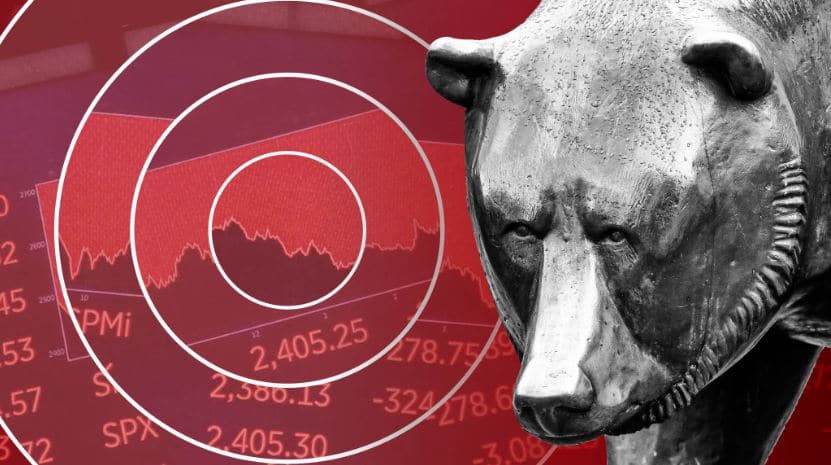 Investors hope for a return to normality in connection with the corona pandemic. For one thing, more and more countries and states are relaxing their restrictions so that the economy can get going again. On the other hand, hopes are growing that a vaccine against the coronavirus or a drug to treat COVID-19, a lung disease caused by the virus, will soon be developed.

However, on both sides of the Atlantic, the latest economic figures relentlessly show how devastatingly the corona pandemic is hitting the economies. One of the reasons why many investors pulled the ripcord again today.

On top, another crisis between the USA and China appears to be heating up. Late in the day’s trading, statements by US President Donald Trump, who has announced that he will present a report next week on whether China is honouring its commitments in the trade deal, had another negative impact on the markets.

Today, Wall Street was very volatile once again and finished the day similar to the previous one with a big drop at the end of the New York session. After a firm start, the Dow Jones finally surrendered to the downtrend and ended the day at 23,664.64 points, down 0.91 per cent on the daily. Tech stocks also saw their gains crumble during trading, with the NASDAQ Composite closing 0.51 per cent higher at 8,854.39 points.

In the afternoon, sobering data came from the private employment agency ADP, which then caused the mood to change to the negative side.

Chinese equity markets rose on Wednesday, mainly thanks to positive indications from Wall Street on Tuesday.

In Japan, there was still no trading on Wednesday, due to the holiday season. On the Chinese mainland, the Shanghai Composite was firmer with a plus of 0.63 per cent at 2,878.14 units. The Hang Seng in Hong Kong finally gained 1.13 per cent to 24,137.48 points.

The prospects of further easing in the corona crisis gave investors hope for an early economic recovery worldwide. It also remains uncertain how long the adverse effects of the corona pandemic will continue. However, the risk of a renewed trade dispute between the USA and China has not yet been eliminated.

European investors were unsettled on Wednesday. The EuroSTOXX 50 had started with little movement, but at the end of trading, it showed a loss of 1.12 per cent at 2,843.76 points.

The domestic Dax 30 also slipped into the red in the course of trading. The leading German index had, for a long time, defied weak economic data and forecasts for the EU. In the day, however, it then dropped to 10,606 points, a daily loss of 1.15 per cent. The TecDAX ended the day with a small gain of 0.14 per cent at 2,885.74 units, after having shown little change at the start of trading.

On the corporate side, investors turned their attention to Fresenius, FMC and BMW. In addition to these DAX heavyweights, many other second-tier stocks also presented their latest quarterly figures.

The euro continued its recent weakness on Wednesday. At a low of $1.0782, the common currency fell below the $1.08 level for the first time in almost two weeks. Most recently, it has risen somewhat to the 1.0807 dollar mark. The Sterling suffered a sharp setback today as well. After catastrophic economic data, the British pound plummeted a whopping 100 pips from $1.2444 to $1,2300. The Construction PMI fell from 39.3 to 8.2 in April – only a loss to 22.2 was expected.

Oil prices broke off their recovery that had started at the beginning of the week. Most recently, prices have fallen significantly. The market pointed in particular to the stronger US dollar as a burden. If the dollar costs more, oil traded in the US currency will also become more expensive for investors outside the dollar zone. In most cases, demand from there then falls, which weighs on prices. A barrel (159 litres) of North Sea Brent crude costs $28.95 at the end of the trading day, around 3 dollars less than on Tuesday. The price of a barrel of the US variety WTI fell by $2.30 to $23.15.

Due to the strong US dollar, the gold price also dropped in late trading and closed at $1,689 a troy ounce.

The cryptocurrency market did not move much in today’s trading. Only Bitcoin saw some small gains of 1,5 per cent to $9,200. Other top ten digital assets remained roughly at their previous day price points.

The Purchasing Managers’ Index, which summarises the business of industry and service providers, dropped to a record low of 17.4 points in April according to final data. IHS Markit announced this on Wednesday in its monthly survey of companies. The barometer, which still stood at 35.0 points in March, is thus further than ever before from the growth threshold of 50 points and signals a deep recession.

Moreover, the corona crisis also caused a record drop in incoming orders for German industry in March. The Federal Statistical Office announced on Wednesday in Wiesbaden that orders had slumped by 15.6 per cent in monthly comparison. This is the sharpest drop since the time series began in January 1991, and analysts had expected an average decline of only ten per cent.

The payment service provider PayPal presented its key figures for the past quarter on Wednesday after the close of the US stock market.

These figures show that the group was able to post an EPS of $0.66 in the past three months. Experts predicted earnings per share of $0.814 after PayPal had posted an EPS of $0.78 in the same quarter of the previous year.

Lufthansa dropping out of the Dax?

The slump in the Lufthansa share price in the wake of the Corona crisis could still mean the end of the airline in the Dax. According to the latest ranking list published by Deutsche Börse for April, the company, which is one of the founding members of Germany’s leading index, is in a “fast-exit” position, according to a study conducted by Commerzbank on Wednesday.

In the case of Lufthansa, this means that its free float-oriented market value of around 3.5 billion euros no longer meets the criteria for Dax membership. Deutsche Wohnen, which experts have been predicting for some time, is likely to move up.

However, whether it comes to the fact that Lufthansa will have to leave the first stock exchange league after almost 32 years will only be decided by the May ranking. The next extraordinary Dax review will take place on 4 June. Should an exchange take place, it would take place on 22 June.