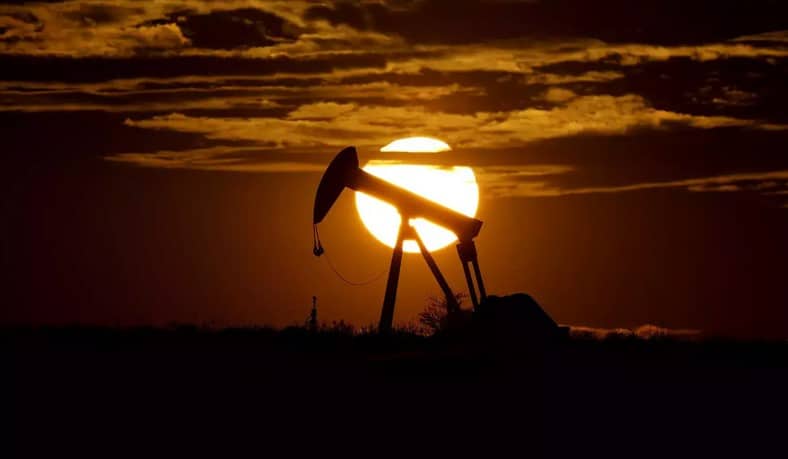 Falling oil and gas prices provided relief on the New York stock exchange during trading. The turnaround and thus the relief among stock market investors were mainly because Russia, according to President Vladimir Putin, wants to counter the growing global natural gas crisis. To stabilise the energy markets, “record quantities” of gas are to be delivered to Europe, which would indirectly dampen the demand for crude oil.

He said that Russia is ready to help stabilise the global gas markets situation and is a reliable supplier for Europe and Asia. Customers in Europe had made mistakes by turning to spot markets, Putin added. Gas prices have exploded in recent months, and there is no end in sight.

However, after months of rallying – especially in the US – global equity markets are increasingly in the stranglehold of inflation and economic concerns while suffering from fears that interest rates will be raised in the near future. The recent sharp rise in oil prices plays an important role in this.

In concrete terms, stock market participants, not only in New York, are looking with wary eyes to Washington, where there are signs of a faster end to the interest rate regime than previously expected. It is becoming increasingly clear that the service sector is driving the US consumer economy more strongly after the corona crisis.

However, the US stock markets were able to curb their at times heavy daily losses in the middle of the week thanks to falling prices for oil and gas. Statements from Russia that it wanted to counter the natural gas crisis brought relief to investors. Meanwhile, employment data from the US private sector for September was better than expected – but investors took this with caution.

In Asia, the markets trended in the red in the middle of the week. In Japan, the Nikkei index fell by 1.05 per cent to 27,528.87 points. The Shanghai stock exchange remained closed on Tuesday for the bank holidays. In Shanghai, the holiday break, also called “Golden Week”, continues up to and including this Thursday. In Hong Kong, the Hang Seng was down 0.48 per cent to 23,988.12 units on Wednesday.

The European markets were also unable to benefit from the positive conditions from overseas. The EuroSTOXX 50 extended its initial loss as the day progressed and finally ended the day 1.30 per cent lower at 4,012.65 points.

The DAX opened with a significant loss and extended this in the further course of trading. The German benchmark index even fell below the 15,000-point mark and closed 1.46 per cent lower at 14,973.33 points. In addition, the TecDAX started the day with only a small loss, but by the closing bell, it had fallen sharply by 2.11 per cent to 3,605.48 units.

In addition to the weak performance of the Asian markets, the global rise in yields also weighed on investor sentiment. The rapid rise in energy prices and the associated fears of inflation also caused Europe’s stock markets to plummet. As a result of high inflation, investors were worried about a change in monetary policy. In addition, stock exchange traders feared setbacks for the economic recovery due to the oil price increase.

The euro was trading well below 1.16 dollars at 1.1555 US dollars in Wall Street trading on the foreign exchange market. Midweek investors also had to process the private US provider ADP data, which was published before the official start of trading.

Oil prices also turned negative in the afternoon after the statements from Russia. However, this was also due to the surprisingly significant increase in US crude oil inventories last week. The barrel of Brent oil fell by 1.41 dollars to 81.15 US dollars, while WTI from the USA was down 1.33 dollars to 77.60 dollars.

The gold price recovered slightly from yesterday countermovement and closed at $1,764 per troy ounce.

Meanwhile, the cryptocurrency market rally continues and is even picking up speed for some digital assets. Bitcoin rose 7.3 per cent to $55,300, while Ethereum gained 2.3 per cent to $3,590. Cardano, XRP and Binance Coin remained at their previous day’s levels, while Solana shed 6 per cent to $155. The biggest gainer was once again Shiba Inu, posting a 63 per cent gain, which now adds up to a more than 300% increase in the past three days.

Order intake in the German industry developed much weaker than expected in August. According to Destatis, the Federal Statistical Office, it dropped by a whopping 7.7 per cent compared to the previous month and was only 11.7 (July: 26.1) per cent above the level of the same month of the previous year, adjusted for calendar effects. Economists surveyed by Dow Jones Newswires had forecast a monthly decline of 1.5 per cent.

Price-adjusted turnover in the German manufacturing sector fell sharply in August. According to the Federal Statistical Office, it decreased by 5.9 per cent compared to the previous month. The 1.9 per cent increase reported for July was confirmed. Compared to February 2020, the month before the Corona restrictions began in Germany, turnover was 10.2 per cent lower.

Employment in the US private sector increased more than expected in September. Labour market service provider Automatic Data Processing Inc (ADP) reported that 568,000 jobs were created over the previous month versus the 425,000 predicted.