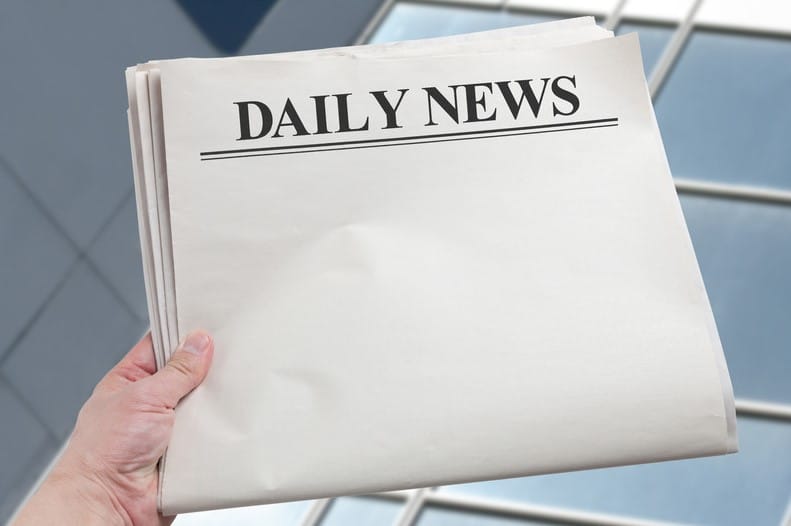 No News is Good News

The eagerly awaited March Federal Reserve meeting minutes do not signal an imminent end to ultra-loose monetary policy. At their latest meeting, the US Federal Reserve representatives confirmed their recently more optimistic view of the US economy. The government’s stimulus packages and loose monetary policy would support consumer spending, according to the minutes of the 16-17 March meeting. However, the Fed members did not hold out the prospect of a change in monetary policy. The economic development was still far from the Fed’s long-term goals. It will take “some time” before substantial progress is made.

After the publication, it was clear that nothing would change in the USA’s expansive monetary policy environment as soon as possible – and thus probably also in the high level of the stock indices. The fact is and remains that the US stock markets can continue to count on plenty of liquidity, both from the Fed and the government.

There was only very little movement on Wall Street today. The Dow Jones was up 0.05 per cent at 33,446.26 points in the end, while the NASDAQ Composite tech index started slightly lower and couldn’t improve later. It trended around the zero lines and was down 0.07 per cent to 13,688.84 points at the close of trading.

According to Dow Jones Newswires, the rapidly progressing vaccination campaign in the USA stabilised the markets, a market participant said. Monetary policy and fiscal relief measures supported the recovery of the labour market and industry. Still, concerns that are easing restrictions combined with pent-up consumer demand could push up inflation and prompt the Federal Reserve to raise interest rates again sooner than expected weighed. “When you see all the money that’s been pumped into the system and people’s pockets, but that hasn’t been spent yet, you know that rising inflation is going to come at some point,” said Brian Walsh of Walsh & Nicholson Financial Group.

In the evening, the minutes of the latest meeting of the US Federal Reserve was published. According to the institute, the development of the economy has not yet reached the desired goal, which is why the Fed’s course will not change for the time being.

There was no directional news from the US, where indices took a breather after recent gains on Tuesday. Meanwhile, the first trading day after the holidays took place in Hong Kong today.

According to DPA, analysts at Ping An Securities expected volatility in China to rise if the Chinese central bank withdrew liquidity from the market. This could be due to a potential increase in inflation and a resulting tightening of monetary policy.

The European stock exchanges also showed little movement in the middle of the week. The EuroSTOXX 50 ultimately went into the evening, 0.34 per cent weaker at 3,956.77 points.

At the end of a trading day with little fluctuation, the German leading index DAX closed slightly in the red. The closing price was recorded at 15,176 index units, a daily loss of 0.2 per cent. The TecDAX also opened slightly higher but then fell and ended the session 0.31 per cent lower at 3,445.07 points.

Neither the USA nor Asia provided any significant impetus. Even the published economic data did not have any meaningful impact, and trading volumes remained thin. Corporate sentiment in the eurozone, for example, had brightened considerably in March. Moreover, the Eurozone economy is back on track for growth, as the composite index for Eurozone private-sector output shown.

Strong economic data from the eurozone initially boosted the euro on the forex market. The common currency was thus able to continue the gains of the previous trading days. After the publication of the latest meeting minutes of the US Federal Reserve, however, the common European currency had to give back its daily gains and was trading at 1.1869 US dollars in the evening.

Oil prices fell today after initial gains. According to traders, oil prices were mainly burdened by the US Department of Energy’s weekly inventory data. Although crude oil inventories fell, the significant increase in petrol stocks weighed on prices. The barrel price of Brent decreased by 99 cents to 61.75 US dollars, while WTI oil even fell by 1.05 dollars to 58.27 US dollars.

Cryptocurrencies saw a healthy and anticipated correction after testing the $2 trillion overall market cap the previous day. Bitcoin lost 2.9 per cent to $56,200, Ethereum shed 6 per cent to $1,990, and XRP dropped 13 per cent to $0.95 after rallying the past couple of days to as high as $1.13. Most other altcoins, such as Polkadot, Stellar, Cardano, BitcoinCash or Litecoin, followed suit, giving up between 3 and 10 per cent.

Japan is more optimistic about its domestic economy than it has been for almost eight years. According to the central bank’s quarterly survey published on Wednesday, the corresponding barometer rose from minus 23.1 points in December to plus 8.5 points in March. This is the best value since June 2013.

The eurozone economy returned to growth in March thanks to a record increase in industrial production. The composite index of private-sector output in the eurozone, which includes industry and services, rose to 53.2 points from 48.8 in the previous month, the IHS Markit Institute reported in a second release.

Business sentiment in the eurozone also brightened sharply in March. The British research institute Markit’s index value for purchasing managers’ sentiment rose to 53.2 points, after 48.8 points in February, as Markit announced on Wednesday after a second estimate.

Service providers in Germany recorded growth in March for the first time in six months. According to final data, the IHS Markit’s Purchasing Managers’ Index for the sector rose to 51.5 from 45.7 points. Economists had predicted a reading of 50.8.