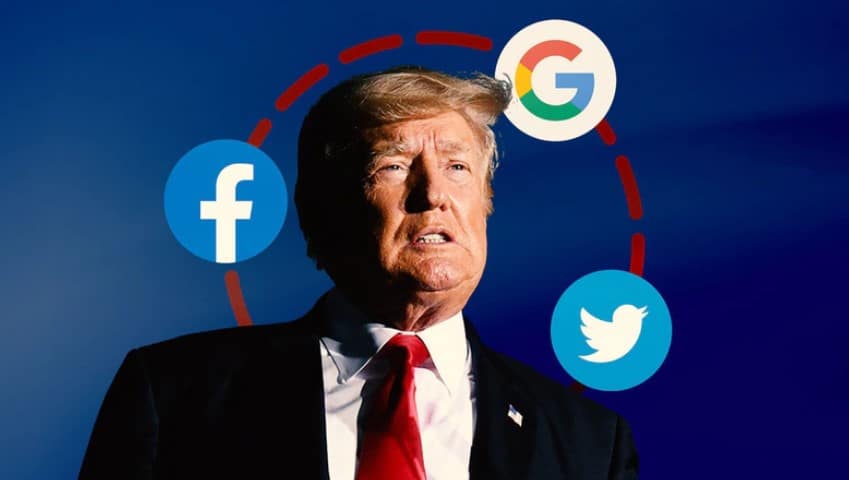 In the middle of the week, the major US stock indices continued to move upwards. Not spectacularly, but steadily, Wall Street is currently moving upwards. Due to the recent easing of interest rate fears, technology stocks are presently in exceptionally high demand on the Street. The Nasdaq reached a new high of 14,755 points but was unable to maintain it.

The minutes of the latest Federal Reserve meeting in June was eagerly awaited. However, they did not move the market much today, although the future interest rate of the central bank is currently the most important topic on the stock market, because it was known in advance that the members of the powerful FOMC interest rate committee have been thinking about a possible tightening of monetary policy for a while. Given the boom after the corona crisis, however, the Fed is increasingly thinking out loud about how and under what conditions it wants to start reducing the current bond purchases of 120 billion dollars.

The monetary guardians consider it important in the sense of “prudent planning” to position themselves well for this. This would apply, for example, if the Fed were to approach the programme’s goals faster than expected. “Several participants expected that the conditions for starting to reduce purchases of securities would be met somewhat earlier than they had predicted at earlier meetings,” the minutes say.

However, many observers expect signals for a reduction in purchases only for the major central bankers’ conference in Jackson Hole, which will again be offered as a face-to-face event at the end of August. According to central banker Mary Daly, the Fed could possibly reduce its monetary injections as early as the end of this year or the beginning of next year, known in the jargon as “tapering”.

There was only little movement on Wall Street on Wednesday. The Dow Jones initially showed a minimal increase and was ultimately able to close with a plus of 0.30 per cent at 34,681.79 points. The NASDAQ Composite opened much stronger. After reaching a new high in the day, just like the S&P 500, it finally ended the trading session almost unchanged at 14,665.06 units.

Growth stocks have risen back into favour with the recent fall in bond yields. Today, market participants turned their focus to the minutes of the latest US Federal Reserve meeting, released in the evening. In the meeting, the Fed gave another cautious signal for a turnaround in monetary policy.

The stock markets in Asia continued to show no common direction in the middle of the week. In Tokyo, the Japanese benchmark index Nikkei closed with a loss of 0.96 per cent at 28,366.95 points. On the Chinese mainland, the Shanghai Composite posted a gain of 0.66 per cent to 3,553.72 units at the close of trading. The Hang Seng ultimately lost 0.40 per cent to 27,960.62 points on Hong Kong’s stock exchange.

Weak US stock market data from the previous day also weighed on the Asian indices for the most part. In the USA, a weak ISM index had depressed sentiment the previous day. However, China’s tightening controls on Chinese companies listed abroad did not weigh on the Shanghai stock exchange.

The German stock markets were able to gain even more. The DAX, for example, already started the day higher and ultimately ended trading with a gain of 1.17 per cent to 15,692.71 points. The TecDAX opened almost unchanged but then closed 1.2 per cent higher at 3,643.80 points.

In the middle of the week, negative signals came from Asia and the USA, but these did not weigh on the leading German index. Apparently, investors took advantage of the recent price decline to make additional purchases. The minutes of the latest Fed meeting, which were published in the evening, provided some excitement in the middle of the week.

On the foreign exchange market, the euro remains under pressure against the US dollar. In the evening, the euro was traded at 1.1805 dollars in US trading. Intraday, the euro was only worth 1.1782 US dollars, which was the lowest exchange rate in three months.

Oil prices came under pressure today after initial gains. The ups and downs of the crude oil markets have thus continued. On Tuesday, crude oil prices had initially risen to multi-year highs but had then fallen sharply. A barrel of North Sea Brent cost 73.30 US dollars in the afternoon, 1.23 dollars less than the previous day. The barrel price for WTI light oil from the United States fell by 1.40 dollars to 71.98 US dollars. Oil prices were burdened above all by the broad-based rise in the US dollar.

Cryptocurrencies continue their sideways movement, this time turning lower again. Bitcoin ultimately dropped by 2.5 per cent to $33,400, while Ethereum shed 1.3 per cent to $2,295. Other altcoins, such as Binance Coin, Cardano (ADA) and XRP, followed suit and declined by 0.5 – 3 per cent.

Production in Germany‘s manufacturing sector was weaker in May than initially forecast and fell slightly – as was to be expected after weak industrial turnover figures. According to the Federal Statistical Office, it fell by 0.3 per cent compared to the previous month and was 17.3 (April: 27.6) per cent above the level of the same month last year. Economists surveyed by Dow Jones Newswires had forecast a monthly increase of 0.5 per cent.

US ex-president Donald Trump is suing Twitter, Facebook and Google for banning him from their platforms. He is demanding the swift restoration of his accounts, the 75-year-old said on Wednesday. Trump also announced that he would take the heads of the companies – Mark Zuckerberg, Sundar Pichai and Jack Dorsey – to court. He accuses the internet companies of an attack on free speech and “illegal, unconstitutional censorship”.Trump is to remain blocked from Facebook until at least the beginning of 2023; Twitter even sees no way back for the ex-president. Facebook and Twitter had already blocked Trump in January, shortly before the end of his term. This was triggered by the storming of the US Capitol by Trump’s supporters – and the fact that he expressed sympathy for the attackers.

Twitter, where more than 80 million users followed Trump, had been his most important communication platform until then. Facebook had initially blocked Trump’s account until further notice. Google’s video platform YouTube also wants to allow Trump back “only when it no longer sees a risk to public safety” but did not specify a timeframe for this.