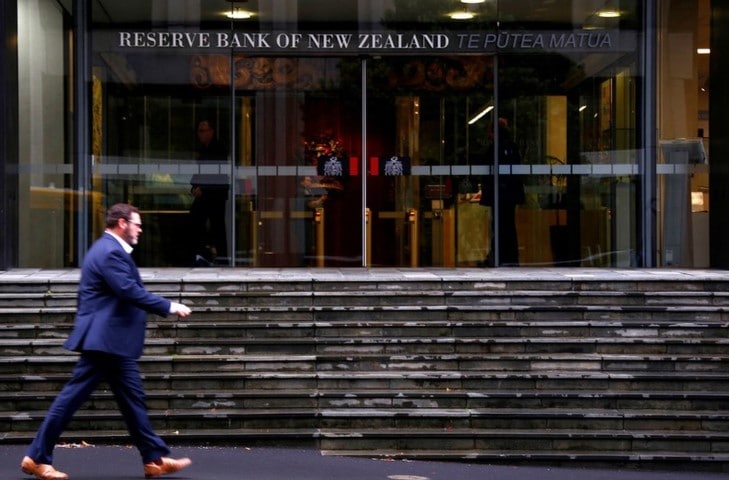 Slight recovery, at least in the USA

The New York stock markets recovered well on Tuesday from their worst day of the year to date at the beginning of the week. The Dow Jones Industrial dropped out of trading just below its daily high of 1.2 per cent and 26,029 points. In the past four meetings, the leading index had lost almost five and a half per cent due to the escalation of the ongoing trade dispute. After the high price losses since the turn of the month, the market was oversold and ripe for a counter-movement, stock market experts suggested.

Asia’s most important stock markets stabilised somewhat on Wednesday after the price losses of the past few days. The relief dominated the market that the trade conflict between the USA and China was not intensifying any further, at least not for the time being. The fact that China’s central bank has now lowered the average exchange rate of the yuan against the US dollar after a sharp depreciation on Monday and a slight recovery on Tuesday did not initially worry investors. However, they remained nervous about a possible escalation of the trade dispute, wrote analyst Craig Erlam of broker Oanda. In Japan, the Nikkei 225 fell 0.3 per cent lower to 20,516 points.

The Chinese CSI 300 recently recorded a slight gain of 0.1 per cent to 3,639 points. It thus ended a five-day series of losses. The Hong Kong Hang-Seng index, which had recently suffered from the continued fierce protests against the government of the Chinese special administrative zone, lost only 0.1 per cent to 25,960 points on Wednesday.

The first bargain hunters and a fall of the Chinese yuan below the 7.00 yuan/dollar mark have driven the New York market. The Chinese central bank had previously fixed the daily rate (“mid-point-fixing”) at 6.9683 yuan, slightly lower than expected. Stock market analysts saw this as a deliberate move by the Chinese central bank. Meanwhile, the euro is trading slightly above the 1.12 dollar mark early this morning.

In Germany, the Dax is slightly higher in the first early indications but remains below the technical level of 11,641 points on the 200-day line, which was torn yesterday. Whether the mini-counter-movement will hold, depends crucially on the re-conquest of this critical technical orientation mark.

A tailwind for the equity market could also come faster than expected from the interest rate side. For James Bullard, head of the Fed’s St. Louis district, further rate cuts are desirable. Bullard spoke in the evening. The escalation in trade with China could therefore still play into the hands of President Trump, who has long been putting pressure on the central bank to lower interest rates.

Trade dispute between USA and China

In the trade war between the USA and China, US Secretary of Defense Mark Esper accused Beijing of “predatory” economic policy. China is thus violating the international rules-based order “which we are trying to maintain,” Esper said at a meeting with Japanese Prime Minister Shinzo Abe in Tokyo. Esper also accused China of “military aggression”. “China continues to destabilise the region,” Esper said during Kyodo’s first trip abroad as a new US secretary of defence.

In the middle of the trade dispute, 46 states have signed a UN agreement to resolve commercial conflicts. The so-called Singapore Convention was signed on Wednesday in the Southeast Asian city-state. The United States and the People’s Republic are also among the first signatories. The European Union (EU) has yet to decide whether it will join in as a whole or whether member states will sign individually.

The calm on Wall Street is helping investors in Germany focus on several new quarterly figures that are on the agenda today. With Wirecard, Münchener Rück and Eon, three Dax members are opening their books. Commerzbank and Fraport, among others, are presenting figures from the second line.

The RBA’s monetary policy was left unchanged, with the interest rate at a record low of 1%. RBA governor Philip Lowe again conceded he was disappointed with sluggish economic growth and rising unemployment, which in turn was feeding into low income growth. The central bank signalled further that an extended period of low rates was likely and it would cut again if needed. The Aussie dollar fell to a 10-year record-low of 66.77 USD. However, not only the dovish RBA sentiment sent the Aussie down, but also the latest news out of New Zealand. New Zealand’s central bank surprisingly announced that it is cutting interest rates by half per cent.

Ahead of yesterday’s event, the market had fully priced in a cut. However, after delivering strong labour market figures yesterday (the unemployment rate fell to 3.9% vs 4.3% expected), the market was shocked as to how aggressive the central bank acted. The decision by the RBNZ to cut its rate by more-than-expected 50bp left the market in perplexity. What made this outcome extra dovish for the NZD, but also the AUD, was the fact that the decision reached by the board was unanimous. The RBNZ states that “our actions today demonstrate our ongoing commitment to ensure inflation increases to the mid-point of the target range, and employment remains around its maximum sustainable level.”

Walt Disney is prepared for the duel of streaming services against Netflix at more cost than experts expect. The group with the mouse wants to compete directly with Netflix with the online service Disney+ in November.

Despite the revenues from blockbuster films such as “Avengers: Endgame”, the US group posted a profit and turnover in the third quarter that was below the experts’ expectations. The share fell by 3.8 per cent on Tuesday after trading.

Disney announced net income from continuing operations of $1.4 billion for the quarter, a decline of slightly more than half year on year. This resulted in earnings per share, excluding special items of 1.35 dollars. Experts surveyed by Refinitiv, on the other hand, had expected 1.75 dollars. In the third quarter, sales rose by a third to $20.2 billion. Analysts had expected 21.5 billion dollars here.

A damper for UniCredit

After a weak second quarter, the major Italian bank UniCredit is unable to maintain its earnings forecast for 2019. An even stronger decline in earnings is expected than recently. The HVB parent company now expects a drop of around five per cent to 18.7 billion euros in the current year.

UniCredit announced this in Milan on Wednesday morning. So far, the bank had promised 19 billion euros in earnings for the current year. However, the bank confirmed the forecasts for profit, capital and costs.