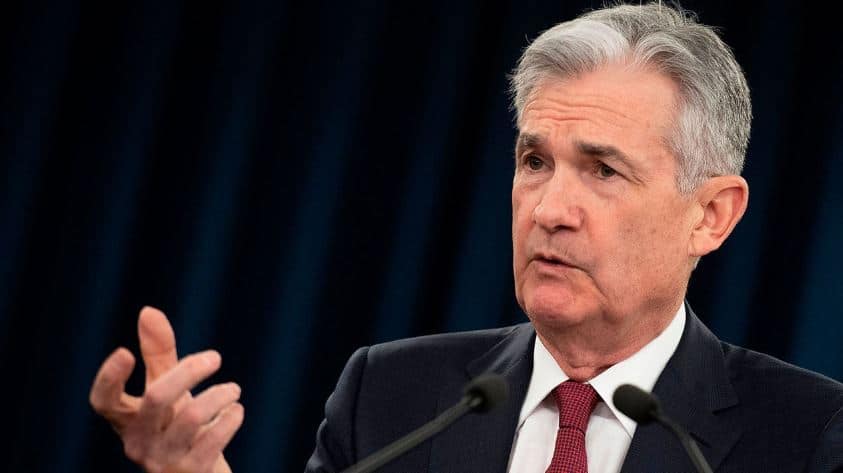 Although the news that EU finance ministers were unable to agree on the financing of an aid package was not very encouraging, the mood was somewhat supported by the positive development of the coronavirus pandemic in Europe. This gives hope that things could improve for the USA eventually as well – even if the numbers of infected and dead from the USA have so far given little hope.

Meanwhile, the Fed’s minutes of the extraordinary interest rate meeting on 15 March showed that the Federal Reserve could stick to its zero interest rate policy for a more extended period. The economic outlook is associated with an “extremely high degree” of uncertainty, reported the Deutsche Presse Agentur.

In any case, the markets presented themselves in a largely friendly manner. Obviously, nobody wants to miss the turnaround in the current corona drama, even if the actual illness figures do not yet show it.

The only thing that most investors seem to be focussed on is the time after the crisis. The analysts have already included lower corporate profits in their models, as can be deduced from the wealth of new recommendations. What remains (once again) is the clarification of the European financial architecture, which is of course of central importance, especially for the domestic market. Nothing would be more devastating than the transition from the corona to a new euro debt crisis.

Italy is already the most heavily indebted country in the eurozone after Greece. Together with France and Spain, the country is vehemently demanding joint debts.

Wall Street was finally able to post gains in the middle of the week. The Dow Jones opened with a gain of around one per cent and expanded significantly over the day. It closed with a gain of 3.44 per cent at 23,433.57 points. The Nasdaq Composite also rose in Wednesday’s trading: In the end, it climbed by 2.58 per cent to 8,090.90 points.

Although the US has a record 1,800 coronary deaths in a single day, President Donald Trump said the crisis is nearing its peak. As a further mood-booster for the stock market, some stock market analysts cited the US government’s plan for an additional $250 billion corona aid package. The money will be used to help small companies.

Asia’s stock markets did not find a common direction on Wednesday. While in Japan the Nikkei 225 closed more than two per cent higher at 19,353 points, the CSI 300 in China fell by 1.6 per cent. The Hang Seng in Hong Kong recently fell by 1.5%.

Tuesday’s losses on Wall Street weighed on investor sentiment in Asia in midweek. In Japan, however, economic data supported prices: The number of new orders in the Japanese mechanical engineering industry surprisingly rose in February in the core rate. Experts had expected a decline, even though the corona crisis was not yet as pronounced in the affected period.

The bears took the wheel on European stock markets on Wednesday. The EuroSTOXX 50 started with a moderate decrease and slipped more clearly into the red as the session progressed. By the end of trading, however, it was able to limit its losses somewhat but was still 0.22 per cent lower at 2,851.27 index units.

The Dax ended the day with a slight loss of 0.23 per cent at 10,332 points. The daily low was more than 100 points below that. The turnaround came in the late afternoon. The TecDAX opened almost unchanged, but already turned positive in the morning and remained in the profit zone until the end of trading. At the end of trading, it recorded a gain of 1.78 per cent to 2,746.09 points.

The spring report sees Germany in a severe recession in 2020, but a strong recovery should begin as early as 2021. “The recession is leaving clear traces on the labour market and the national budget,” the experts warned.

The euro reacted on Wednesday with moderate losses to the adjourned negotiations on a joint European Union (EU) response to the crisis. In the early evening, the common currency cost 1.0855 US dollars. The European Central Bank (ECB) set the reference rate at 1.0871 (Tuesday: 1.0885) dollars.

Oil prices continued their recovery with moderate gains. Most recently, a barrel (159 litres) of North Sea Brent crude cost 32.39 US dollars, 52 cents more than the previous day. The price of a barrel of the American WTI variety for delivery in May rose by 88 cents to 24.51 dollars.

Gold again remained in a very narrow trading range and closed at $1,647, a marginal plus of 0.04 per cent.

All major cryptocurrencies recorded significant gains today. Bitcoin appreciated by almost 2 per cent to $7,300 while Ethereum and XRP increased by over 3 per cent to $171 and $0.20 respectively. In the meantime, Bitcoin Cash had its first halving event which saw the prices of BCH and Bitcoin SV surge by 6 and 17 per cent!

The US video service provider Zoom, which was in great demand during the coronavirus crisis, is facing a lawsuit for security gaps and data protection deficiencies. On Tuesday, a shareholder filed a class-action lawsuit in the US state of California.

The lawsuit accuses Zoom of having overstated the quality of its data protection and of not making public that the service is not fully encrypted. Zoom was initially not available for comment.

Increasing security concerns and reports of so-called zoom bombing, where unauthorized persons dial into meetings, are putting the company under pressure. Since an all-time high at the end of March, the share has lost almost a third of its value. Zoom boss Eric Yuan promised last week to take care of the problems. The trend towards home offices in the coronavirus pandemic has brought Zoom millions of new users.

Nevertheless, on Wednesday, Zoom shares in US trading on the Nasdaq were up 3.57 per cent to 117.81 US dollars at the end of the meeting.

Despite a drop in profits and the current crisis, the sports car manufacturer Porsche is once again transferring an additional 9700 euros to its employees this year. As in the previous year, there will be 9,000 euros like this and 700 euros as a contribution to the pension scheme, as Porsche announced on Wednesday. The 27,000 employees were asked to donate some of the money to charitable organizations because of the coronavirus crisis. The board of directors will do the same.

Due to the coronavirus pandemic, work is currently suspended at Porsche in production and associated areas, and those employed there – about a third of the total workforce – are on short-time work. However, the special payment for 2019 had already been determined by the Board of Management and the Works Council at the beginning of the year and thus well before the outbreak of the crisis, Porsche emphasized. “This year’s profit-sharing scheme stands for solidarity as much as it does for tax payments and purchasing power for the restart,” said CEO Oliver Blume.