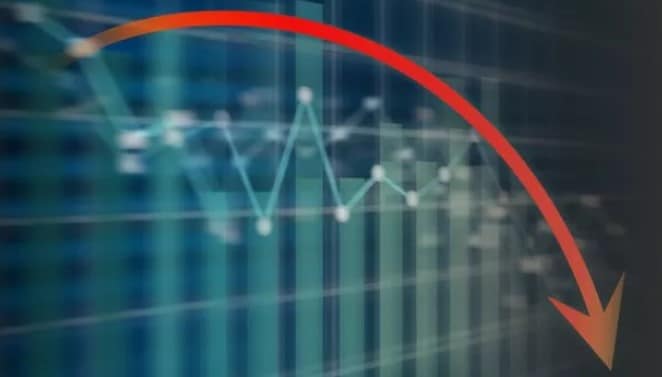 The record mood on the stock exchanges is gradually cooling down. No wonder because September is traditionally considered one of the worst stock market months. Nevertheless, the current mood has less to do with September per se, but rather investors are expecting a correction soon after the US indices have been storming from one record high to the next almost daily.

Traders cited ongoing economic concerns as the reason for today’s price slide. The rapid spread of the allegedly particularly contagious delta variant of the coronavirus could slow down the recovery of the global economy, some analysts warn.

Investors were also cautious ahead of tomorrow’s meeting of the European Central Bank (ECB). After the Fed, the European monetary guardians could also announce the first vague signals on the slow exit from the ultra-loose monetary policy. At the same time, the previous APP quantitative easing programme is likely to continue. So there is no real “tapering” of securities purchases yet.

Economic concerns are driving fears among investors that the economic recovery could be slowed down. Fears of interest rate hikes compound this after James Bullard, President of the Federal Reserve of St. Louis, stated in an interview with the “Financial Times” that the US Federal Reserve would gradually reduce its economic stimulus as early as this year.

Support in Japan came from hopes of economic support measures under a new prime minister, who has yet to be found. The rather unpopular Yoshihide Suga recently announced his departure after only one year in office.

The European stock exchanges experienced losses midweek. The EuroSTOXX 50 lost slightly at the sound of the starting bell and slid further down as trading progressed. In the end, it closed the day 1.13 per cent weaker at 4,177.15 points.

The DAX had already started Wednesday’s trading with a clear loss and then extended this even further. At the closing bell, the leading German index was down by 1.47 per cent to 15,610.28 points. At times, the German benchmark index even fell to its lowest level in five weeks. The TecDAX also increased its initial loss and closed the evening 1.08 per cent lower at 3,936.19 points.

Growth concerns weighed on prices. Since last week’s weak US labour market report, there has been growing concern among investors that the economic upswing in the USA is running out of steam.

Investors in European markets are already eagerly awaiting the outcome of the ECB’s deliberations, which are due on Thursday. Market participants are hoping that the monetary guardians will take a stance on their monetary policy.

On the foreign exchange market, the euro lost ground again against the US dollar. In New York trading, the common currency last cost 1.1826 dollars, only slightly more than European afternoon trading. The euro’s losses were triggered by the gloomy mood on the European stock markets. The world’s leading currency, the greenback, gained against most major currencies.

Oil prices rose on Wednesday. Observers pointed to the still largely suspended production in the Gulf of Mexico. The consequences of Hurricane Ida led to a more tense oil market in the short term, commodity experts explained. In the afternoon, a barrel of North Sea Brent cost 70 cents more than the previous day at 72.39 US dollars. The price for a barrel of American light oil (WTI) rose by 84 cents to 69.19 dollars.

Gold continues to be weighed down by a strong dollar. Today, the price for the trou ounce of gold dropped to $1,788.

Cryptocurrencies stabilised further after yesterday’s flash crash. Bitcoin left today’s trading session almost unchanged at $46,300, while Ethereum was able to post small gains of 1 per cent to $3,510. Solana and Algorand were the biggest gainers among the top digital assets. Solana added another whopping 22.5 per cent to $207, while Algorand pushed 27 per cent higher to $2.04. Other important altcoins, such as Cardano, XRP, Polkadot, Binance Coin, Uniswap or ChainLink, traded slightly up as well, not making significant moves through.

According to the economic report (Beige Book) for the United States published this evening, the US Federal Reserve estimates that economic growth has weakened somewhat recently. The Beige Book highlighted that the economy grew at a moderate pace from the beginning of July to August. In the previous report, the Fed had still spoken of moderate to robust growth.

Negative economic signals also came from Germany: according to a survey by the Ifo Institute, the shortage of materials in German industry has worsened. More and more companies were passing on their increased purchase prices to customers. “The procurement crisis poses a real threat to the upswing,” said Ifo expert Klaus Wohlrabe. In the August survey, 69 per cent of industrial firms reported bottlenecks and problems with intermediate products and raw materials, an all-time high.