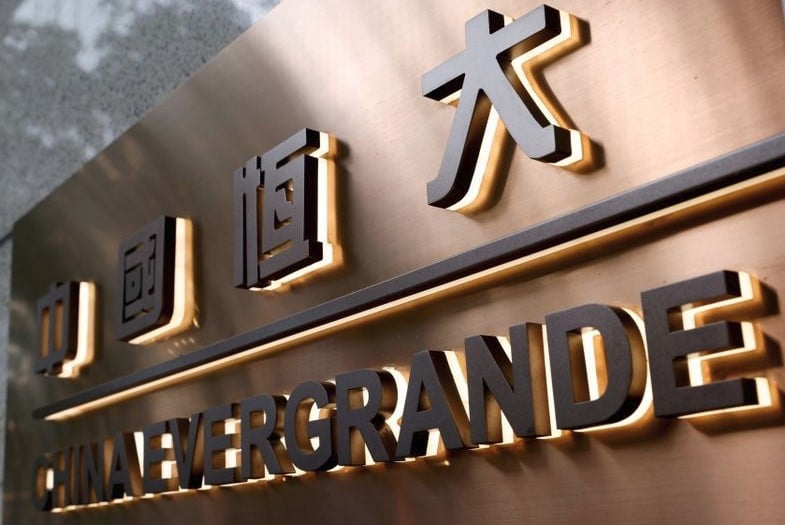 Between Hope and Evergrande

After the recent gains, Wall Street was quieter today. However, the Nasdaq technology exchange continued to be robust also because the Apple share continued its triumphant march.

The corona variant Omikron remained the dominant topic on the stock exchange today. As later in New York, statements by the US pharmaceutical giant Pfizer and its Mainz-based partner BioNTech, the joint corona vaccine against the new mutant is less effective than against previous variants, initially proved to support the share price. However, with three doses – i.e. after a vaccination booster – a similar neutralising effect was shown as with two doses for the original type of the virus.

It is interesting to note, however, that the “new” virus variant has so far only been found in people who have already been fully “vaccinated”. Omicron has never been found in unvaccinated people. Yet, the pharma giants and governments jointly advertise to get vaccinated and “boostered”.

Risks came from the Far East and Russia today. On the Hong Kong stock exchange, trading in shares of the highly indebted property developer Kaisa was suspended. According to the stock exchange, the trading halt was at the company’s request. Kaisa cited the upcoming release of an announcement containing “inside information” as the reason. However, the biggest threat to the property market comes from property giant Evergrande, which is having great difficulty servicing its loans.

Possible Russian aggression towards Ukraine could also quickly put the brakes on the stock market rally. The USA has apparently agreed with Germany to close the controversial Nord Stream 2 pipeline in the event of a Russian invasion of Ukraine.

The US stock markets remained firm on Wednesday. The Dow Jones went into Wednesday’s session almost unchanged and was ultimately 0.10 per cent stronger at 35,754.62 points. The NASDAQ Composite tech index also started at around the previous day’s level, fell into negative territory at times, and gained again. By the end of the session, it had risen by 0.64 per cent to 15,786.99 points.

Easing concerns about the Omikron variant of the coronavirus provided relief. In addition, attention was already focused on the meeting of the US Federal Reserve next week.

The stock exchanges in Asia mainly posted gains on Wednesday. In Japan, the Nikkei ultimately climbed 1.42 per cent to 28,860.62 points. Meanwhile, the Shanghai Composite on the Chinese mainland was 1.18 per cent firmer at 3,637.57 points, while the Hang Seng gained a marginal 0.06 per cent to 23,996.87 units by the end of trading.

Strong cues from Wall Street gave markets a tailwind. Investors remained confident that the new corona variant Omikron would be less severe than feared and not seriously impact the global economy. The sentiment was also supported by China’s efforts to contain the crisis in the property sector.

The European stock exchanges trended weaker in the middle of the week.

The EuroSTOXX 50 moved into the loss zone during the day. Earlier, it had started the trading session barely lower. In the evening, it was still down 1.01 per cent at 4,233.09 points.

The DAX opened the session slightly lower. It then approached its previous day’s closing price several times before falling back into red territory. Ultimately, it posted losses of 0.80 per cent to 15,687.09 points. The TecDAX managed to jump into positive territory in the morning after starting barely changing. However, in the afternoon, it was back in the red, ending the session 0.75 per cent lower at 3,862.39 units.

Investors became more cautious again on Wednesday after the previous day’s recovery rally. On the one hand, there was hope that the new variant of the coronavirus could be less dangerous. On the other hand, there were reports about possibly lower vaccination protection against Omikron. Meanwhile, the Chinese real estate market crisis and the still-high inflation continued to weigh on sentiment.

The euro continued to recover in midweek and is trading well above the $1.13 mark again at $1.1349 in US trading. The European Central Bank set the euro reference rate at 1.1299 (Tuesday: 1.1256) dollars. Traders spoke of low momentum trading, with no economic data worth mentioning today. On the other hand, the British pound was under pressure in the Forex market. The market referred to a report in the Financial Times newspaper that the British government had decided on new corona restrictions.

Despite volatile trading, oil prices ultimately moved only slightly upwards today. In principle, prices received support from the somewhat diminishing Corona fear. However, the realisation that the protective effect of the previous vaccines was lower depressed prices. In the past few days, oil prices had still risen significantly. Brent oil from the North Sea rose by 66 cents to 76.10 US dollars. American WTI light oil rose by 73 cents to 72.77 dollars.

Gold was initially growing in value before returning to $1,782 per troy ounce, where it had started the day.

Japan’s economy shrank more than previously expected in the third quarter due to weak demand at home and abroad. Compared to the previous quarter, gross domestic product (GDP) fell by 0.9 per cent from July to September, as the government announced on Wednesday based on revised data. Previously, official statisticians had calculated a decline of 0.8 per cent. Annualised GDP thus declined by 3.6 instead of 3.0 per cent. According to the figures, the reduction is mainly due to the continued weak demand of private households due to the corona crisis and lower exports.