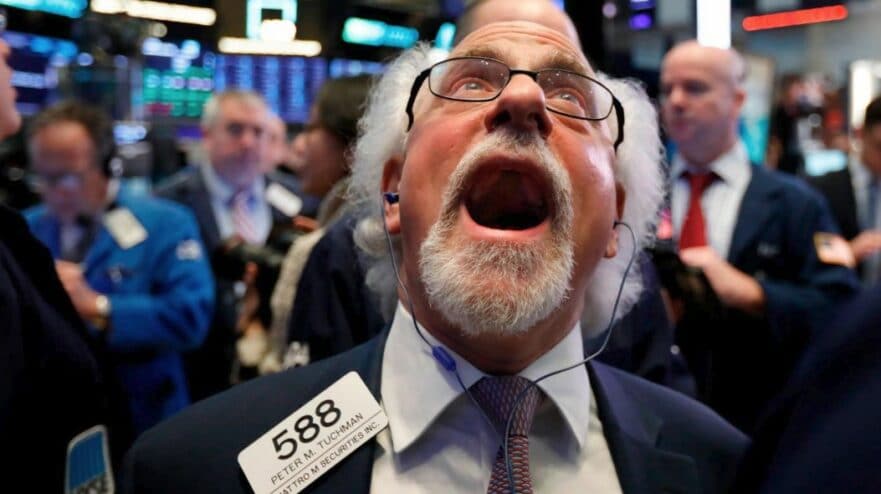 A slightly better environment has encouraged optimists in the markets today, and in New York and Frankfurt, the price recovery accelerated on today’s trading day.

The diplomatic efforts in the Ukraine conflict are in full swing, today at least with a cautiously optimistic undertone. The day’s corporate data was also most encouraging.

The interest rate issue also lost some of its horrors: the sell-off of US government bonds weakened again. Bonds have come under considerable pressure in recent weeks because of the imminent interest rate turnaround. Falling bond prices, i.e. rising yields, are a burden on the stock market because they make bonds more attractive. Now all attention is focused on the US consumer price data due tomorrow. If inflation picks up more than expected, the US Federal Reserve Bank could tighten interest rates more rigorously, which would not go down well on the stock markets. Experts expect the inflation rate to rise further to 7.3 per cent.

The US stock markets extended their previous day’s gains on Wednesday. The Dow Jones advanced 0.86 per cent to 35,768.99 points in Wednesday trading. The NASDAQ Composite tech index also gained 2.08 per cent to end the day at 14,490.37 points.

Even though the interest rate turnaround remains an important topic, the mood on the stock market is currently somewhat better. Market experts attribute this to the prices on the bond market, which are no longer under so much pressure. Thus, the yield on ten-year government bonds had come back somewhat, which provided further relief in equity trading.

Meanwhile, investors continued to focus on the quarterly reporting season. On the previous evening, the ride-hailing company Lyft presented its figures for the past quarter after trading. On Wednesday, cannabis giant Canopy Growth opened its books for the third quarter of 2022, and after the end of trading, Lyft competitor Uber and entertainment giant Disney were on the agenda.

Concerns about the rising interest rates receded somewhat into the background again after the recent sharp rise in market interest rates. In addition, many countries now apparently reported that they had passed the peak of the omicron wave. The good quarterly reporting season also had a positive impact on market sentiment.

European stock markets also rose in the middle of the week. The EuroSTOXX 50 is already off to a positive start, gaining 1.81 per cent to 4,204.09 points by the evening.

The DAX already opened the mid-week session higher and extended its gains further. By the end of trading, it had added 1.57 per cent to 15,482.01 points. The TecDAX also started the day on a friendly note and continued to gain intraday. In the end, it was up 2.12 per cent at 3,438.29 points.

Among other things, easing signals in the Ukraine crisis and the ECB’s efforts to counter the impression of an overly brash approach to the interest rate turnaround provided reassurance.

There was relatively little movement on the forex market today. The euro was able to hold above the $1.14 mark throughout the day.

Oil prices started to move higher again in the afternoon. US crude oil inventories fell surprisingly and significantly last week. In contrast, the resumption of indirect talks between the US and Iran could lead to a renewed opening of international markets for Iranian oil, experts said. Both Brent crude and Western Texas Intermediate rose significantly to $91.80 and $90.10.

The gold price continued its upward journey, rising 8 US dollars to $1.832 per troy ounce by the evening.

The cryptocurrency market also appreciated benefitting from the overall positive market sentiment. Bitcoin gained marginally to $44,100, thus continuing its battle with the tough resistance at circa $44,500. Ethereum rose more significantly, adding 3.1 per cent to $3,222, while XRP confirmed its bullish sentiment as well, climbing 1 per cent to $0.88. Similarly, Cardano (ADA) rose 1 per cent to $1.20, while CRO (crypto.com) posted the biggest daily gain among the top 20 digital assets, rising 5.5 per cent to $0.5150.

The economy in Germany increased its exports in December despite supply bottlenecks and material shortages. Exporters sold 0.9 per cent more abroad than in the previous month, adjusted for calendar and seasonal effects, as the Federal Statistical Office announced today. Compared to the same month last year, Germany’s exports were 15.6 per cent higher. Imports rose by 4.7 per cent in December compared to the previous month. Over the year, there was an increase of 27.8 per cent.

Iceland‘s central bank sent a clear signal today by raising its key interest rate sharply to 2.75 per cent from 2.00 per cent. The central bank reacted to the significant rise in prices on the North Atlantic island. The last time they raised the key interest rate was in November by half a point. At the beginning of the year, the inflation rate had risen further – to 5.7 per cent. The trend towards higher inflation in the wake of supply bottlenecks and exploding energy costs has prompted many central banks worldwide to raise interest rates.