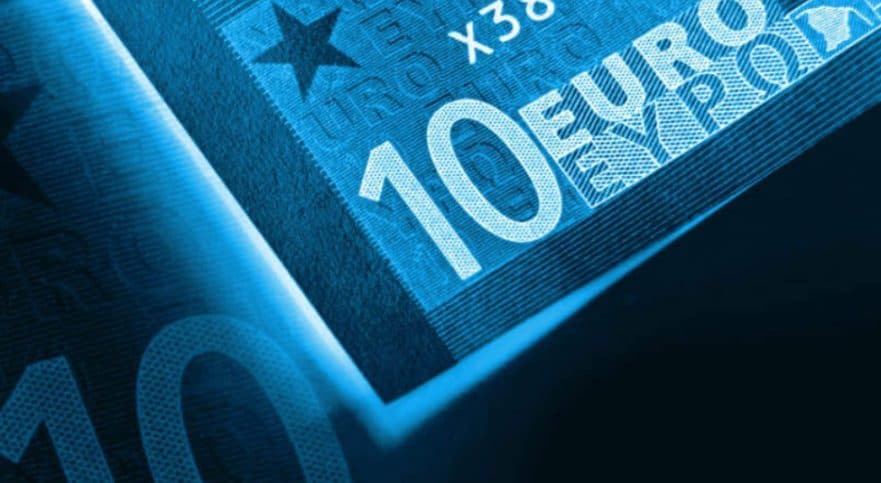 Good sentiment on the stock markets today was caused, among other things, by a report from the Bloomberg agency according to which the economists of the European Central Bank (ECB) are more optimistic about the further economic development of the eurozone than before.

However, the central bank is likely to raise its forecasts for economic growth only slightly, the agency writes, citing ECB staff members who are involved with the issues.

The central bank’s projections will be published tomorrow, Thursday, after the meeting of the ECB’s Governing Council. According to the report, private consumption, in particular, has recently performed better than expected by the ECB. For the time being, therefore, the central bank does not need to expand the PEPP bond purchase program launched during the crisis. However, this could change. The program has a volume of EUR 1.35 trillion.

The Dow Jones rose at the beginning of the meeting and recorded a significant increase in the share price. With a plus of 1.6 per cent at 27,940.60 points, the US leading index left trading for today. The NASDAQ Composite finally climbed 2.71 per cent to 11,141.56 points.

US stocks thus recovered somewhat from their three-day slide. According to Dow Jones Newswires, however, market participants did not want to speak of a trend reversal, as the negative factors continue to exist. On the one hand, further aggravation of the trade dispute between the USA and China could not be ruled out. On the other hand, the pharmaceutical company AstraZeneca suffered a setback in its search for a corona vaccine.

In the wake of the weak US stock markets, the Asian markets also fell significantly on Wednesday. The fact that the yen is traditionally considered a safe investment and is therefore in high demand in volatile times, particularly in Japan, put a strain on the equity markets, which is why its value rose in a short period. This, in turn, has led to more expensive Japanese exports.

Investors in Europe were optimistic on Wednesday, and the EuroSTOXX 50 gained 1.76 per cent to 3,324.83 points.

The Dax 30 had opened with a slight plus and then gained even more significantly. At the close of the trading day, the index price had risen by 2.07 per cent to 13,237.21 points. The TecDAX also turned positive and closed 2.22 per cent higher at 3,091.18 points.

After the US stock exchanges recorded large losses after the holiday break, it now seems certain that the latest downward trend was not just profit-taking. Now the market is in a long-overdue correction, especially for technology stocks. However, investors in Europe were not deterred by this: they used the opportunity to restructure their portfolios. In particular, cheaper stocks with a defensive character were in high demand.

After a rather volatile performance, the euro has more or less made up for its losses of the previous day on the Forex market. In New York trading, the common currency was last traded at 1.1808 US dollars – and thus recovered from a four-week low that it had marked hours earlier. The euro received a boost from two sides in the middle of the week. On the one hand, a mood on the stock markets that improved steadily on Wednesday caused demand for the dollar to weaken. Monetary policy provided an additional boost: despite the current crisis, some senior central bankers at the ECB apparently no longer assess the economic outlook as bleak as the news agency Bloomberg claims to have heard from the ranks of the central bank.

Oil prices recovered significantly on Wednesday from their latest series of losses. The much better stock market sentiment was transferred to many commodity markets. A barrel of North Sea Brent cost 41.14 US dollars in the evening, 1.36 dollars more than the previous day. The price of US West Texas Intermediate oil rose by $1.62 to $38.38. In early trading, prices had still been falling.

Gold prices also rose significantly today, rising to $1,948 an ounce by the evening.

Furthermore, cryptocurrencies were on the rise today, after prices had been falling significantly lately. Bitcoin is sold at $10,380, Ethereum for $370 and XRP currently costs $0.2470.

The financial market turbulence in the Corona crisis is driving the business of online broker Flatex even more than expected. CEO Frank Niehage once again raised his targets for the current year when presenting the final half-year figures. Although he still expects more than 1.2 million customers. However, the number of transactions is now expected to rise to 70 million instead of 50 million. The share, which will probably be listed in the SDax from December, increased significantly.

Especially the strong price fluctuations in the financial markets would have fired up the trading behaviour of the customers. In the current year, the Group has acquired more than 350,000 new customers. Initially, the manager had targeted one million customers and 35 million transactions for 2020 but had already raised these targets at the beginning of July.

The office communications service Slack has disappointed investors despite strong growth during the Corona crisis. Not least thanks to the trend towards home working during the pandemic, revenues in the second quarter increased by a surprisingly strong 49 per cent year-on-year to 215.9 million US dollars (183.4 million euros), as Slack announced in San Francisco on Tuesday after the close of the stock exchange.

The net loss of just under 75 million US dollars was also much lower than expected. For comparison: in the same period last year, Slack had made a loss of 359.6 million dollars.

Slack CEO Stewart Butterfield, however, emphasized that the growth in paid memberships – in his opinion, the most important factor for long-term business success – had accelerated. The number of paying customers had increased by 30 per cent compared to the previous year to over 130,000. Amid a large sell-off of tech shares, however, this did not convince stock market participants. The Slack share, which is listed on the NYSE, was 13.92 per cent weaker at 25.24 US dollars at the end of trading.