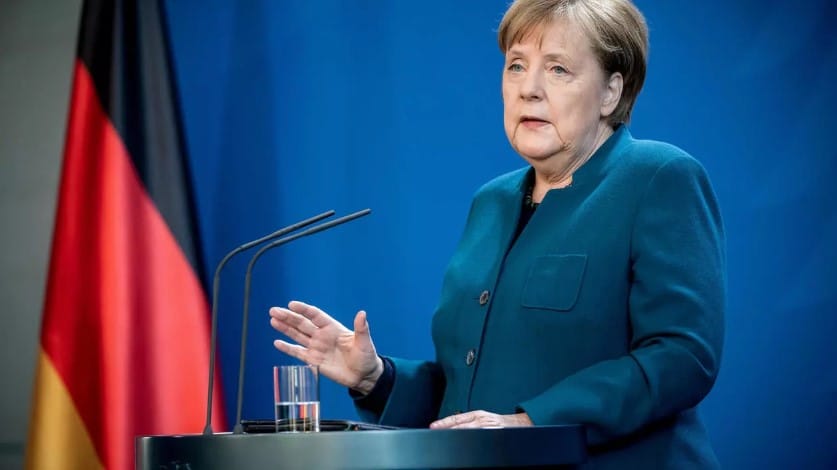 As expected, the lockdown is going into the next round here in Germany. Chancellor Angela Merkel and the 16 state premiers decided to extend the currently tightened lockdown beyond 14 February until 7 March.

Beyond that, only selective relief was agreed. However, Merkel stressed the special importance of the measures to avoid a third corona wave given the virus mutations. Because of the spread of more contagious corona mutants, experts have already warned against rash measures.

According to ifo President Clemens Fuest, ending the corona lockdown too soon would do more harm than good to the German economy. “The problem will not be solved if we open up despite the high level of infection,” Fuest said at an online press conference in Munich on Wednesday.

Market observers fear that the mutants’ spread would push back the economic recovery and a return to normality expected for the summer, with corresponding consequences for the financial markets.

This news put a further halt on the recent bull-run, but the positive sentiment remains still intact.

The US stock markets presented a mixed picture today. While the US leading index recorded slight gains, tech stocks fell.

The Dow Jones opened the session a little per cent firmer and initially gained further to a new record high, but then fell back to its previous day’s close. It closed 0.20 per cent higher at 31,438.40 points. The NASDAQ Composite moved weaker, ending 0.25 per cent lower at 13,972.53 after starting higher.

Hopes of a new US stimulus package soon and the prospect of low interest rates for a long time to come continued to support the stock markets. The slowdown was said to be due to “tame” US inflation data, which raised concerns about short-term economic growth.

On the corporate side, investors focused on quarterly financial statements, with Twitter, Lyft, Cisco, General Motors and Coca-Cola, among others, presenting figures for the past quarter. Uber also followed after the close of trading.

The most important Asian markets rose in the middle of the week.

In the middle of the week, it was mainly balance sheet presentations that caused swings on Asia’s stock markets. The US economic stimulus package, worth billions, was also still expected with hope.

Investors on Europe’s stock exchanges held back in the middle of the week. The EuroSTOXX 50 started the trading session with positive signs but slipped into red territory in the day. It ended the session with minus of 0.35 per cent at 3,648.37 index units.

The German benchmark index also lost ground during the day after hovering around the 14,000 point mark for a long time. In the end, the DAX was 0.56 per cent lower at 13,932.97 points. The TecDAX was firmer at the start of trading, but then also gave up its gains. By the end of the European session, it had lost 0.54 per cent to 3,479.10 index units.

After the previous day’s setback, the stock markets consolidated on Wednesday. Investors focused in particular on the quarterly reports of various European companies. As a blue-chip stock, Delivery Hero was closely watched on the stock market.

The euro can continue to recover after its temporary slide below the 1.20 dollar mark on the foreign exchange market. Most recently, the euro is trading for 1.2117 US dollars in a relatively quiet trading session in the US.

Oil prices also received a boost again on Wednesday after temporary losses. According to market experts, prices are supported by economic optimism and demand from China. Also, the oil cartel OPEC+ is cutting production. Oil prices were further supported by a surprisingly sharp drop in crude oil inventories. According to the Department of Energy, inventories fell by 6.6 million barrels to 469.0 million barrels. At 61.52 US dollars per barrel, Brent crude costs 43 cents more than the previous day. WTI oil also moved up – averaging 34 cents more today at 58.70 US dollar per barrel.

Even though Bitcoin and Ethereum, currently the two most popular cryptocurrencies on the market, lost some momentum and went into consolidation today, the overall market sentiment remains bullish. Some altcoins continued their impressive rally from the previous days. Bitcoin and Ethereum both lost over 4 per cent in value to $44,200 and $1,718 respectively, while XRP gained 8 per cent to $0.5130 and Cardano rallied a further 25 per cent to now $0.91. The price of ADA, therefore, almost tripled in under two weeks!

Today’s inflation data release from the USA hardly impressed the market. Inflation did not change at the beginning of the year. The Department of Labour announced on Wednesday in Washington that the inflation rate measured against the same month of the previous year was 1.4 per cent, the same as in December. On average, analysts had expected the rate to rise to 1.5 per cent, which is still below the Fed’s inflation target of around two per cent. However, inflation expectations in the markets have risen recently because of the government’s economic stimulus programme. The fear is that the economic stimulus is too great and will lead to significantly higher inflation rates. The US Federal Reserve does not see such dangers so far.

Real income in the USA rose by 0.8 per cent in January compared to the previous month. As the US Department of Labour announced, an increase of 0.4 per cent was recorded in December. According to the agency’s data, the average weekly income in January was 399.88 US dollars, seasonally and inflation-adjusted, after 396.67 dollars in the previous month.

Inflationary pressure in Germany increased significantly at the beginning of the year due to special factors. As measured by the Harmonised Index of Consumer Prices (HICP), annual inflation rose to 1.6 per cent in January, as reported by the Federal Statistical Office (Destatis). In December, consumer prices had still fallen by 0.7 per cent.