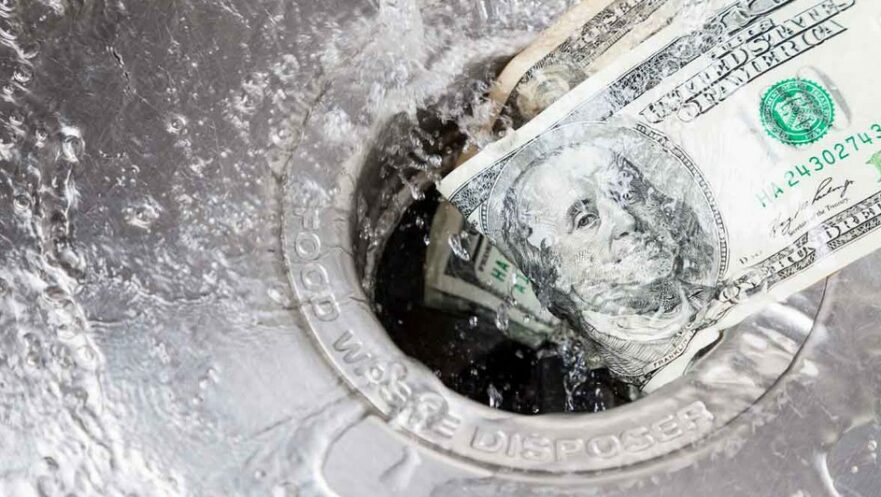 In concrete terms, producer prices in the USA rose by 8.6 per cent in October compared to last year’s same month, as the Labour Department announced today. There has never been a stronger increase since these statistics began in 2010. Energy prices, supply chain bottlenecks and corona-related catch-up effects, in particular, are currently causing sustained price pressure.

The US stock markets showed significant losses in the middle of the week. The Dow Jones fell at the beginning of trading and closed 0.66 per cent lower at 36,080.27 points. The tech index NASDAQ Composite also opened lower and fell by 1.66 per cent to 15,622.71 points.

Before the trading day starter, consumer prices for the past month were published in the USA. According to the Labour Department, the inflation rate rose more sharply in October than experts had expected in advance.

Inflation fears weighed on the Asian stock markets on Wednesday. Earlier, the issue had already weighed on sentiment in the US. Chinese producer prices are at a 25-year high. In October, inflation in the manufacturing sector and consumer prices were higher than expected. In addition, the real estate sector continued to cause concern.

Investors on the European stock exchanges held back on Wednesday. The EuroSTOXX 50 moved in a narrow range around its previous day’s closing price on Wednesday after starting trading slightly firmer. It ultimately traded 0.10 per cent higher at 4,348.82 points.

On the Frankfurt Stock Exchange, the leading index DAX opened the session slightly lower and then continued to trend in a small range around the zero line. In the evening, gains of 0.17 per cent to 16,067.83 points were on the price board. The TecDAX, meanwhile, showed losses of 0.81 per cent to 3,874.91 points. On the corporate side, Allianz, E.ON, Infineon, Siemens Energy, Adidas and Continental were among the DAX companies in the focus of investors with their figures.

Despite the caution, good figures from some companies provided some support. However, investors saw the sharp rise in Chinese producer prices – in October at their highest level in 26 years – as a warning sign of inflationary risks. In Europe, the reporting season also provided some impetus.

The euro fell sharply on Wednesday following a sharp rise in US consumer prices. In New York trading, the single currency slipped to its lowest level since July 2020 at $1.1482. The last price paid for the euro was $1.1493.

Oil prices came under noticeable pressure on Wednesday. Brent crude was last traded at 83.62 US dollars, 1.16 dollars less than the previous day. The barrel price for WTI fell by 1.58 dollars to 82.58 dollars. Market observers explained the price decline with the stronger greenback, which dampened demand from countries outside the dollar area.

The gold price profited from the devastating US inflation data and rose sharply. The price for a troy ounce of gold ultimately climbed by almost $20 to $1,850.50.

The growth of producer prices in China has reached its highest level in 26 years. The price index for manufacturers climbed an even faster-than-expected 13.5 per cent year-on-year in October, the statistics bureau reported in Beijing on Wednesday. Inflation was also slow to show up in consumer prices, which rose 1.5 per cent. Producer and consumer prices thus rose more than experts had expected. The statistics office cited rather vague “international factors” as reasons for the rise in producer prices, but also specifically domestic supply bottlenecks for energy and raw materials. China, for example, has been suffering from a shortage of electricity for months, which has led to production stops in many industrial plants. Prices for raw materials have also risen globally.

Real income in the USA fell by 0.9 per cent in October compared to a month earlier. As the US Department of Labour publicated, an increase of 0.8 per cent was recorded in September. According to the agency’s data, the average weekly income was 388.22 US dollars, seasonally and inflation-adjusted, after 391.62 dollars in the previous month.

Inflationary pressure in the USA increased more sharply than expected in October. According to the Department of Labour, consumer prices rose by 0.9 per cent over the previous month and were 6.2 (September: 5.4) per cent above the level of the same month last year. Consumer prices excluding energy and food prices rose 0.6 per cent for the month and 4.6 (4.0) per cent for the year. Economists had predicted monthly price increases of only 0.6 and 0.4 per cent and annual inflation rates of 5.9 and 4.3 per cent. Energy prices rose by 4.8 per cent month-on-month and food prices by 0.9 per cent.

Initial claims for unemployment support in the United States decreased slightly in the week ending 6 November. Compared to last week, the number of claims fell by 4,000 to 267,000, according to the US Department of Labour. Economists surveyed by Dow Jones Newswires had predicted a decline to 265,000. The four-week moving average declined 7,250 from the previous week to 278,000.