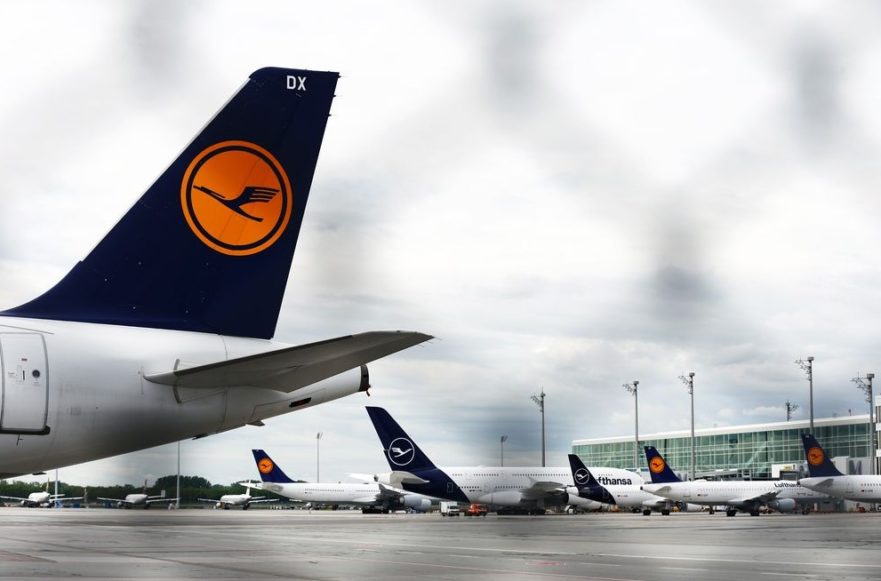 Today stock market values were reshuffled once again. The tech stocks, which had been battered by profit-taking in the previous trading days, were able to gain some ground, while other, so-called quality stocks, suffered losses today.

Nevertheless, investors and traders should be aware of the dangerous situation in which we are currently beginning. In the past few days, there has been a lot of sunshine as markets have been feasting on Joe Biden’s US presidential election victory and the potential corona vaccine from BioNTech/Pfizer.

But neither is it really 100% certain that Biden will be the new US president, nor is the existence of a vaccine in dry cloths.

There are still severe economic and social constraints in many regions of the world, and it should be considered that many CEOs of large corporations are currently selling billions of dollars worth of shares.

The fact that investment legend Warren Buffet is now selling bank shares on a grand scale and is betting on gold producer shares should at least make one wonder.

Today the tide also turned on Wall Street: technology stocks went up while quality stocks, and with them, the S&P 500, recorded a day of losses.

The US leading index Dow Jones closed 0.8 per cent lower at 29,397.63 points. On the other hand, the recovery of technology stocks, which were recently affected by profit-taking, turned out better: The NASDAQ Composite recorded a plus of 1.97 per cent to 11,786.43 units.

The vaccine news at the beginning of the week seemed to reshape the rules of the game for the markets. Investors worldwide would be less interested in technology stocks, which have been very strong in recent months, and more in cyclical stocks.

Asia’s stock markets showed mixed results in the middle of the week. The Japanese leading index Nikkei climbed by 1.78 per cent to 25,349.60 points while the Shanghai Composite in mainland China fell by 0.53 per cent to 3,342.20 points. In Hong Kong, the Hang Seng turned negative in the course of trading as well and closed 0.28 per cent lower at 26,266.98 index points.

Hopes for a corona vaccine continued to drive prices on most stock exchanges for a while. In Japan, the yen also acted as a price driver, coming back from its highs. In China, tech stocks, in particular, were weighed down by new regulatory concerns after the government issued regulations to prevent monopolistic practices in the internet industry.

Besides, the biggest discount battle in the world took place in China on Wednesday with the “Singles Day”. The online giant Alibaba was able to report another sales record.

The European stock exchanges again recorded gains, and the EuroSTOXX 50 index was able to increase by 0.72 per cent to 3,467.47 points by the end of the trading day.

The mood on the stock exchange floor was still positive, but stock market experts said that investors were now gradually subjecting the price increases of recent days to a “reality check”.

The reporting season also remained a central focus pint at midweek. Among other things, E.ON presented its balance sheet, which was described by traders as “solid”. Among the tech stocks, Bechtle impressed with strong figures.

The euro has limited its losses in the Forex market on Wednesday, and the last price was 1.1772 US dollars. Market experts attributed the weaker euro, among other things, to the interest rate difference between government bonds from the USA and Germany, the largest economy in the eurozone. In the course of the US election, the difference in yields had widened. The yield on ten-year US bonds is just under 1.0 per cent. Meanwhile, the yield for ten-year German papers is around minus 0.50 per cent.

Oil prices on Wednesday will continue the gains of the previous trading days. The prospect of an effective corona vaccine with the hope of a more robust economic recovery and falling oil reserves in the USA are seen as price drivers. North Sea Brent crude traded 83 cents higher today and was traded at 44.46 US dollars per barrel. The barrel price of US WTI oil rose by 91 cents to 42.27 US dollars.

Gold traded significantly lower today and fell intraday as low as to $1,856 a troy ounce. At close, the troy ounce was worth $1,866, a minus of 12 US dollars on the daily.

Cryptocurrencies remained stable and almost unchanged, signalling further advance in the coming days. Bitcoin was traded at $15,900, while Ethereum was at $465 and XRP at $0.2575.

Lyft a bit better than expected

Lyft, the driving service provider, has presented investors with its figures for the third quarter of 2020. Lyft, Uber’s main competitor, again posted a loss in the third quarter, with EPS for the period under review at USD -1.46. A year ago, the EPS was -1.57 US dollars.

Sales plummeted compared with the same period of the previous year when sales totalled USD 955.6 million: In the third quarter of 2020, revenues were only USD 499.7 million. Experts had previously assumed sales of USD 487.9 million.

The Lyft share price moved up on Wednesday as a result of the quarterly figures on NASDAQ, gaining 3.6 per cent to 37.35 US dollars at times.

During the stock market euphoria, the airline Lufthansa was worried about a possible corona vaccine cheaper new money from investors than initially thought. The MDax group, which was saved by the state, collected 600 million euros from institutional investors by issuing a convertible bond, as it announced in Frankfurt on Tuesday evening. The interest rate is 2.0 per cent per year. In the morning, the group had still expected to have to offer the lenders an interest rate of 2.25 to 2.75 per cent. In view of the high demand, Lufthansa lowered the conditions for the investors in the day and increased the target amount from 525 million to 600 million euros. According to the information provided, the offer was more than six times oversubscribed.

The Chinese e-commerce giant wants to improve its balance sheet with its annual online shopping event for “Single’s Day”. Over the eleven-day period, the company reported a record 583,000 orders per second, with sales of 56.3 billion US dollars. Alibaba fired up the consumption frenzy with two discount campaigns from November 1 to 3 and again on November 11. Alibaba lost almost 76 billion dollars of its market value last week after China put the Ant Group’s IPO on hold.