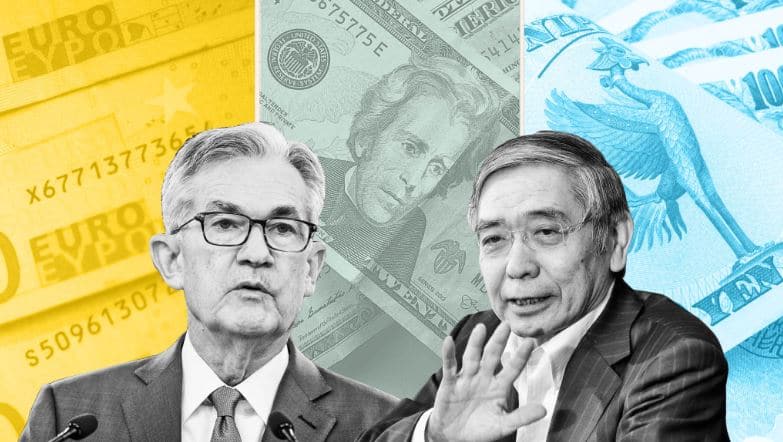 For the time being, the US currency watchdogs of the Federal Reserve will not turn the interest rate screw again.

The US Federal Reserve has kept its key interest rate constant and at the same time, sent a signal that the key interest rate could remain at this level for some time. The Federal Open Market Committee (FOMC), which is chaired by Fed Chairman Jerome Powell, left the key rate in the range of 1.50 to 1.75 per cent. Economists and stock market analysts had generally expected this decision. The decision was taken unanimously with ten to zero votes.

The new interest rate projections showed that most FOMC members expect a stable interest rate level next year. In the years after that, most monetary watchdogs see one or two tightenings of monetary policy. Previously, the median forecast implied a rate hike in 2020, one in 2021 and another in 2022.

After three rate cuts in a row, the Fed sent a signal in October that it wanted to take a break. The Fed wanted its rate cuts to be seen as a hedge against an economic downturn, with a particular focus on the possible effects of the customs dispute with China. The recent very robust US labour market data, however, gave Powell a somewhat more confident outlook for the future.

The ECB, which will meet on Thursday under the chairmanship of its new President Christine Lagarde, is also believed to leave its monetary policy unchanged. However, the statements made on Thursday by Mrs Lagarde on future monetary policy, as well as the elections in the United Kingdom, will most likely cause the markets to move. Many brokers have already taken some precautionary measures and lowered the available maximum leverage on all major GBP pairs.

It’s very likely to be a wild Thursday…

After the Fed’s interest rate decision, Wall Street is on a small upswing. The Dow Jones started trading at minus 0.05 per cent at 27,867.31 points, with little movement but can fight its way into the black in the day. The NASDAQ composite started the day with a slight gain of 0.17 per cent at 8,631.12 units and continues to expand its profits.

Asian equity markets were uneven on Wednesday. With the unresolved trade dispute between the US and China, the markets fluctuated between hopes and fears. New US tariffs on Chinese products are scheduled for this Sunday (December 15th).

The reporting situation has been contradictory lately. While a report in the Wall Street Journal raised hopes of a tariff shift, an economic advisor to the US government said no decision had yet been made.

The stock markets in Europe finally presented a firmer picture on Wednesday. The EuroSTOXX 50 showed a small discount at the start of trading and then remained slightly in the loss zone before it went up in the early afternoon and went out of trading 0.43 per cent stronger at 3,687.45 index points.

According to the monetary policy statements of the US Federal Reserve (Fed), the euro exchange rate has climbed to its highest level since the beginning of November. Driven by the hope that the currency keepers will continue to be rather relaxed in the future, the common currency rose to 1.1139 US dollars.

The British pound was also the focus of the financial markets one day before the parliamentary elections. The currency recovered over the day from significant losses incurred during the night. A new survey by the research institute YouGov, which points to a smaller lead for Prime Minister Boris Johnson’s conservative party, had weighed on the pound. According to the survey, even a parliament without clear majorities is conceivable. If the Tories were not to secure a clear majority in parliament, it would mean a severe blow against the British pound.

The oil prices have fallen on Wednesday. One barrel of North Sea Brent was traded at 63.55 dollars in the evening. That was 72 cents less than on Tuesday. The price for a barrel of the American variety West Texas Intermediate (WTI) fell by 51 cents to 58.66 dollars.

The gold price continued with a steady climb to just below $1,475 at the end of trading, a plus of just over 0.7 per cent compared to Tuesday.

On the other hand, the most valuable cryptocurrencies lost further ground with Bitcoin losing another 0.95 per cent to just under $7,200. Ethereum even lost 1.75 per cent to $143 while XRP managed to hold steady with only minor losses of 0.25 per cent to $0.2215.

Apple superseded as the most valuable company

On Wednesday morning, the Aramco shares started on the Saudi stock exchange in Riyadh, marking both their initial price and the closing price at the stock exchange at 35.20 Riyal, which corresponds to 9.39 dollars. The first price recorded was thus 10 per cent above the issue price – the daily limit was thus already reached at the start.

The government in Bogotá demands compensation from the US corporation for an advertising campaign. A sweater on it shows a puffed up Santa Claus with a straw in his hand in front of three white lines spread out on a table in front of him. Below it is the slogan “Let it snow”. The lines indicate the abuse of cocaine. Colombia is considered the world’s largest cocaine producer. On the Walmart website, the garment offered by a third-party company was advertised with clear allusions to cocaine: “Santa Claus enjoys the time when he can get Colombian snow of the best quality,” it said.