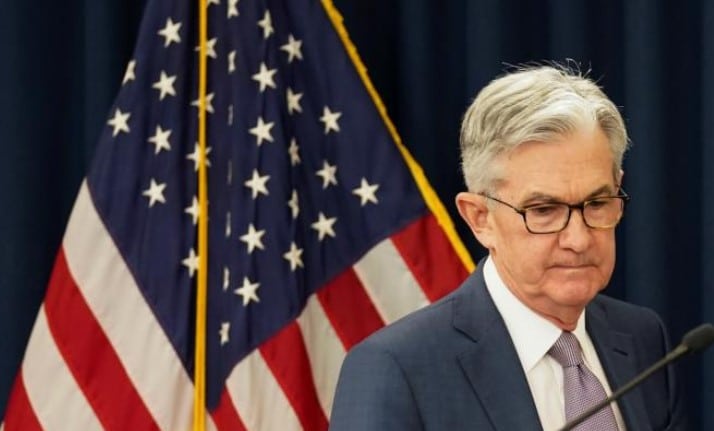 Jerome to the Rescue

Thanks to US Fed chief Jerome Powell, the markets continued their upward trend, disregarding the inflation spectre and focusing on the bright side.

The dominant topic on Wall Street continues to be the Federal Reserve’s interest rate policy. Jerome Powell told the US House Finance Committee today that the Fed is not yet ready to consider concrete steps to tighten its ultra-loose monetary policy. “Labour market conditions have continued to improve, but we still have a long way to go,” read his remarks, the gist of which had already been made public this morning local time.

There was also relief on the bond market, where the prices of US government bonds continued to recover significantly in the course of trading. The day before, the surge in inflation in June had put fixed income under pressure. The futures contract for ten-year Treasuries (T-note futures) rose by 0.35 per cent to 133.44 points in late trading. The yield on ten-year government securities fell to 1.358 per cent.

The US markets on Wall Street were rather indecisive today. The Dow Jones opened with a slight gain and went into the evening only 0.13 per cent higher at 34,933.23 points. In contrast, the NASDAQ Composite closed with a loss of 0.22 per cent at 14,644.95 points after having started on a positive note.

The fact that yields on the bond market are falling significantly again only initially created some buying mood. US Federal Reserve Chairman Jerome Powell is responsible for the falling yields with his appearance before the House Financial Services Committee. Contrary to what might have been anticipated from the unexpectedly strong rise in consumer prices the day before, no tendency towards a tighter monetary policy could be read from the text of the speech published in advance.

Meanwhile, the accounting season continued with quarterly results from the big bank’s Bank of America, Wells Fargo and Citigroup.

The stock markets in Asia recorded losses in the middle of the week. In Tokyo, the Japanese benchmark index Nikkei ultimately lost 0.38 per cent to 28,608.49 points. On the Chinese mainland, the Shanghai Composite also fell, losing 1.07 per cent to 3,528.50 index points. Meanwhile, the Hang Seng in Hong Kong posted a loss of 0.63 per cent to 27,787.46 points.

Asian markets took their cue from the previous day’s record-breaking run on the US stock markets, which came to an abrupt end. Inflation fears returned and remained high after yesterday’s US inflation spike, although no panic has yet broken out.

The EuroSTOXX 50 was able to put its initial losses behind it and finally go into the evening with a small gain of 0.12 per cent at 4,099.50 points.

After a weak start, the DAX also turned positive and reached a new all-time high of 15,810.68 index units. At the end of trading, however, it was virtually unchanged at 15,788.98 points. The TecDAX ultimately closed almost unchanged at 3,645.23 points.

Concerns about rising inflation initially weighed on the markets in Europe. However, according to prepared remarks for his upcoming parliamentary hearing in the evening, Jerome Powell reiterated that it would be a while before the economy was ready to consider reducing monetary policy support.

On the foreign exchange market, too, the current inflation data are causing violent price caprices. After the euro fell to 1.1772 US dollars on Wednesday night, its lowest level since the beginning of April, it recovered today. At the close of trading in New York, the common currency cost 1.1833 dollars.

Precious metals were the clear winners on the market today. The gold price shot up by a whopping $20 to $1,826 an ounce and showed strength throughout the trading day.

On the other side, cryptocurrencies remained pressured but recovered intraday, finally stabilizing at the previous day’s levels. Bitcoin ultimately gained 1.5 per cent to $32,500, while Ethereum rose 3.8 per cent to $1,970. Similarly, most other top altcoins also increased their value by 2-6 per cent.

The cost of living in Great Britain also rose strongly in June. Consumer prices were 2.5 per cent higher than a year earlier, as the statistics authority ONS announced in London on Wednesday. This was the sharpest growth in inflation since August 2018. On average, analysts had only expected an inflation rate of 2.2 per cent for June. In a monthly comparison, the price level also rose unexpectedly strongly. In this view, the statistics authority reported a price increase of 0.5 per cent, while analysts had only forecast a rise of 0.2 per cent.

Industry in the eurozone cut back its production more than expected in May. The decline was mainly due to supply bottlenecks for important primary products, such as semiconductors. According to Eurostat, the statistics authority, industrial production (excluding construction) fell by 1.0 per cent compared to the previous month, seasonally adjusted. Economists had anticipated a decline of only 0.1 per cent.

Producer prices in the USA rose noticeably in June, adding to inflationary pressures in the US economy. Prices at the producer level climbed an average of 1.0 per cent from the previous month. Economists interviewed by Dow Jones Newswires had expected an increase of only 0.6 per cent. For the year, producer prices were 7.3 per cent higher, the most significant expansion since November 2010.